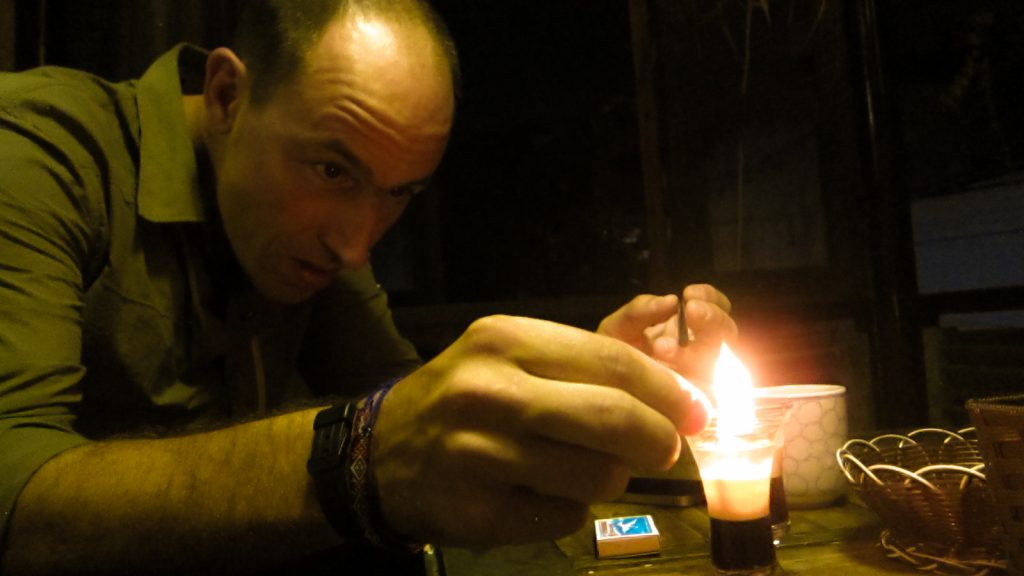 Health and safety would both appear to be a term that is very much lost in translation.

Vietnamese building sites are essentially lots of bricks and concrete balanced several floors high on top of lots of bamboo scaffolding, when the scaffolding can be removed without too much falling down, the building is ready.

For anyone old enough with a misspent youth crossing the roads in Vietnam is like an endless game of Frogger (thanks for the analogy Barney Ward).

Most scooter riders and cyclists are very considerate (as long as you let them know you are there) it’s the bus and truck drivers that you need to be weary of. Although we have yet to see a crash (long may that continue) we are both convinced that it is the bus drivers who must be responsible for most of them. Speeding through towns on the wrong side of the road, overtaking absolutely anything as long as it’s on a blind corner and going out of their way to drench cyclists when puddles and pedals align. 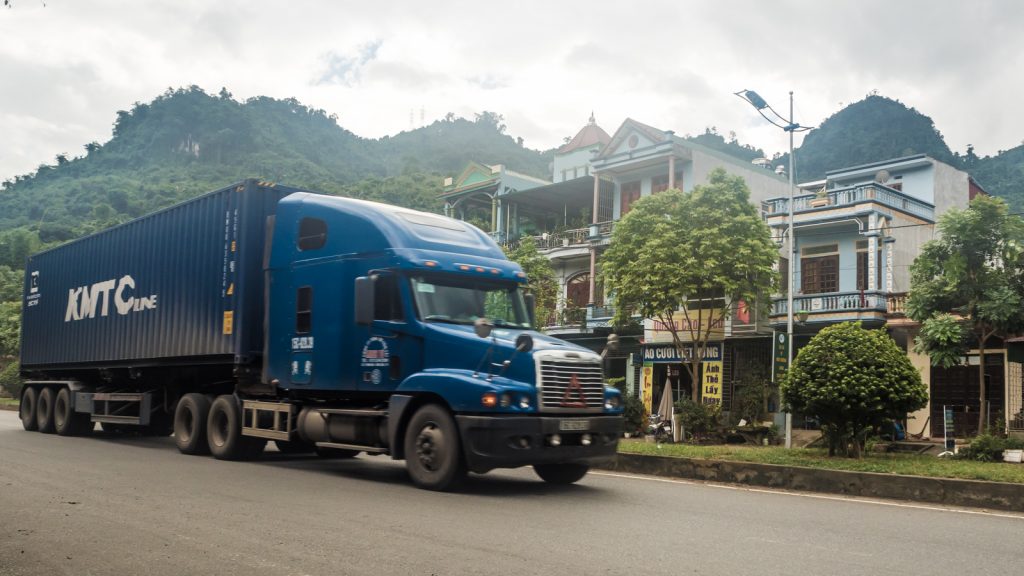 While most scooter riders wear helmets, a large number of them wear said head protection balanced on top of their carefully crafted hill tribe hairdos. Small children are dressed for school on the footplate between their parents knees. Safety would appear not to be a major concern. 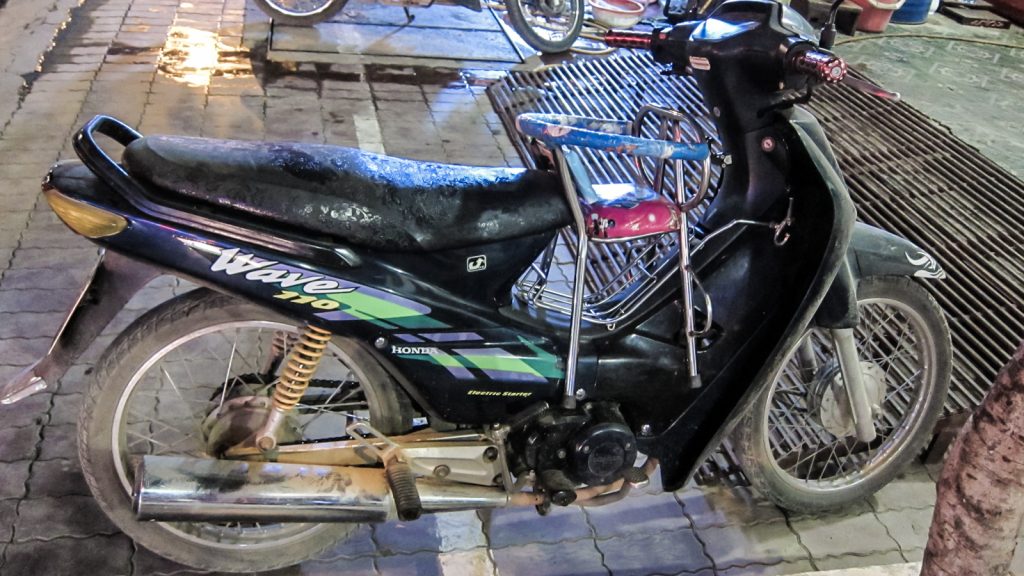 Road marking are present but they are ignored by all but the most diligent of tourists (who in doing so confuse the hell out of the locals). Roundabouts are rare but most of them have integral discos which are quite distracting. 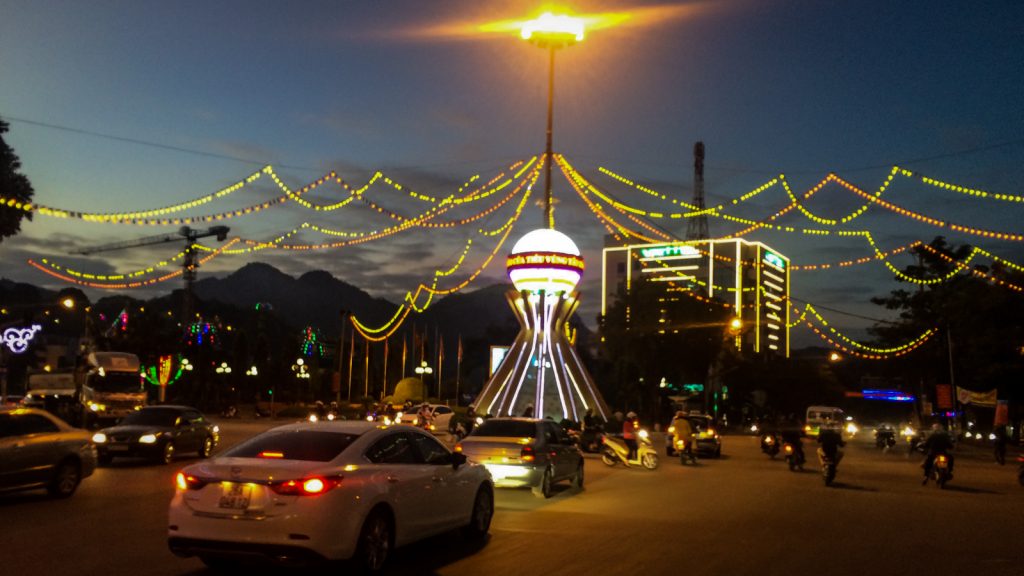 Driving on the right hand side of the road is the law but if you feel like using any part of the road for any part of your journey it is unlikely you will be challenged in any way.

Scooters are frequently used to carry loads well above any feasible safety recommendations that may or may not exist ; crops of all kinds, friends and family, chest freezers, commemorative granite benches, bonsai gardens and large bundles of scaffolding poles are all regularly seen carefully balanced on the back of speeding scooters. 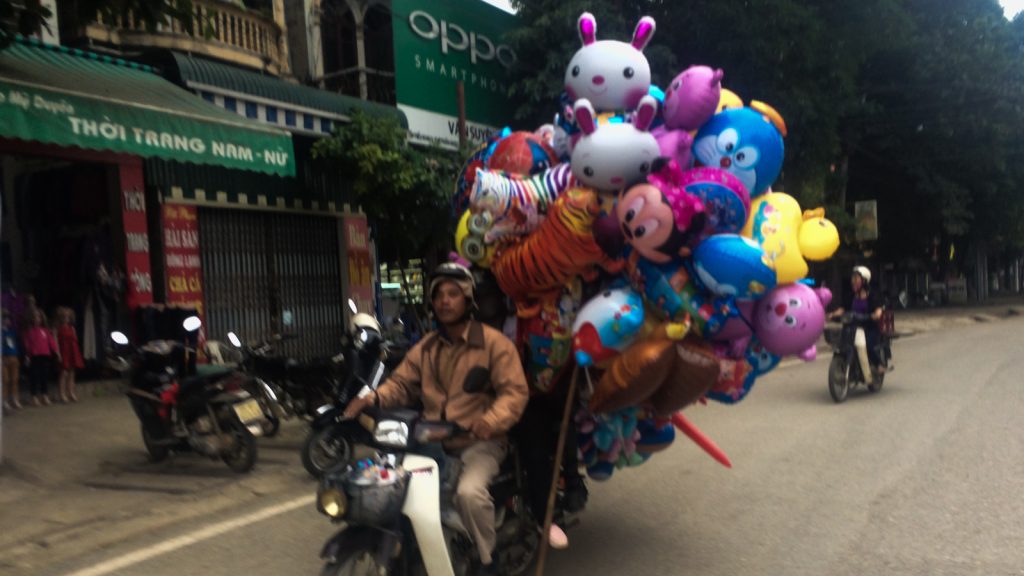 Driving up the mountain to market with a fully grown pig (or four) strapped to the back of your scooter is also totally normal…. What wasn’t normal was when the pig, literally hog tied with only it’s nose poking out of the sack it had been bundled into, tumbled backwards off the scooter and onto the tarmac in front of us as we cycled up the mountain.

At this point Gez and I had to tread very carefully, we stopped in our tracks, bikes either side of the poor creature protecting it from the oncoming traffic…

Having done our homework before travelling we knew that damaged (or lost) livestock must be paid for in full but in that moment we both had the same thought. Fortunately (not from the pig’s point of view obviously) before Gez and I had time to drop our bikes, find our pen-knives and cut the poor thing loose, a local bus (yes a bus full of passengers) reversed at speed and slammed it’s brakes on just before hitting the pig (and us!). Realising that the pig had been claimed (certainly not by it’s owners)

Gez and I continued our upward journey.

It was quite some time before we spoke again. 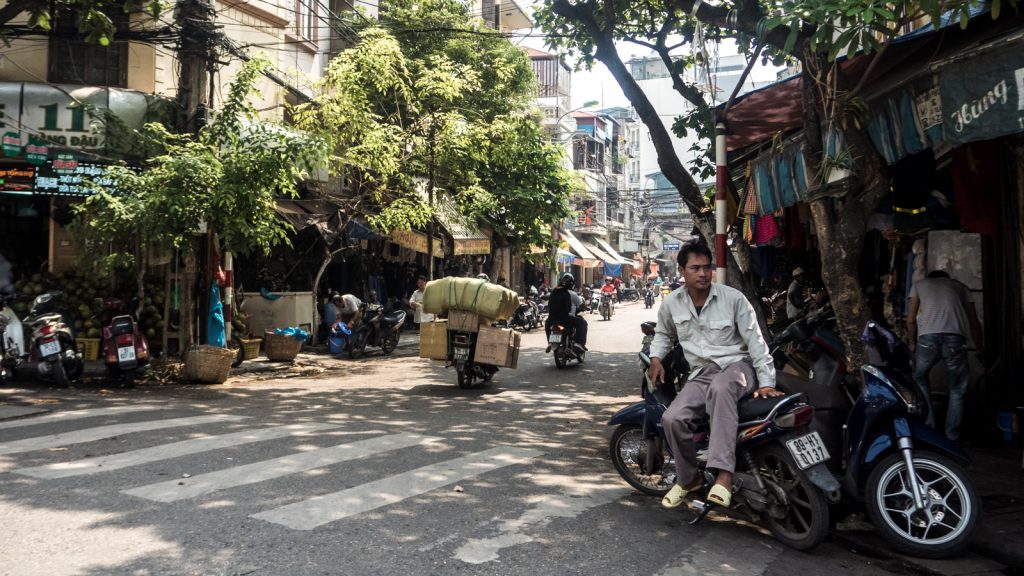