Saigon is big, noisy and busy – not really our kind of place. We arrived, saw some things, picked up some bike spares, visited a dentist, bought some sweets, began to suffer respiratory problems from the smog and decided to leave.

To get out of the city and into the Mekong Delta, we’d be cycling away from the centre on some of the busiest roads in Vietnam for at least 35km before reaching anything different. Certainly not impossible, just really unpleasant, hot, noisy and not without risk.  A bit like a certain John Carpenter film. 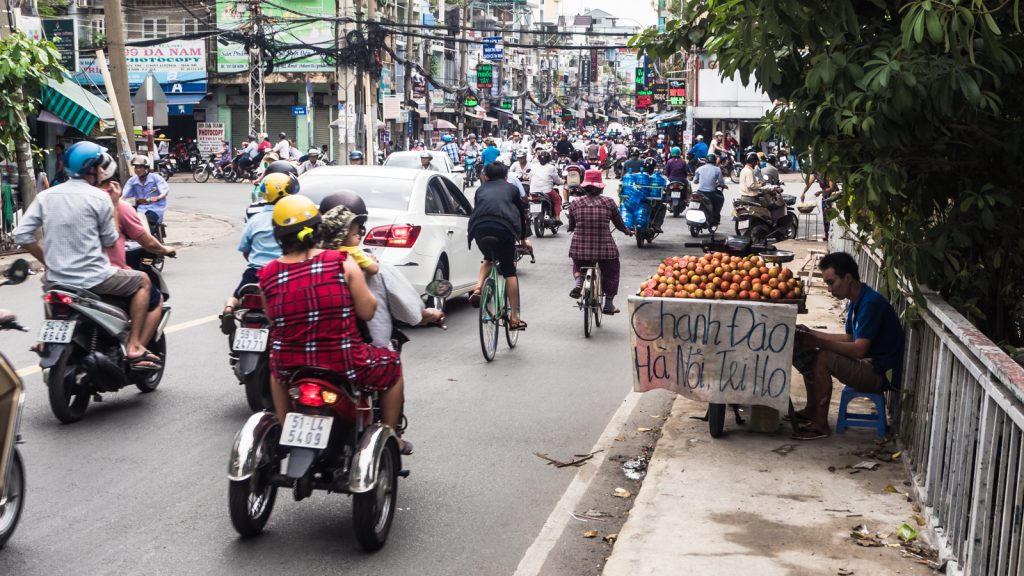 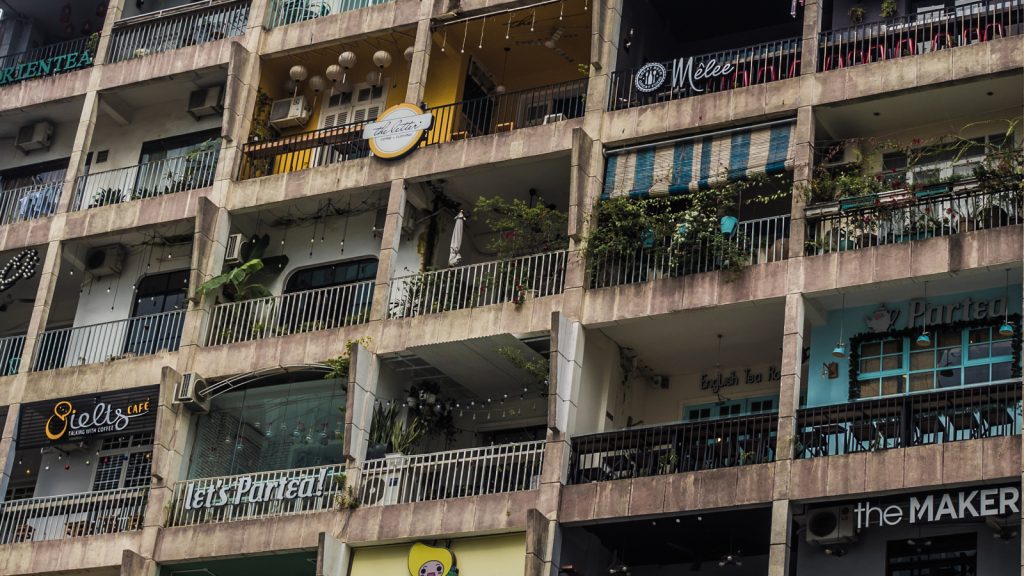 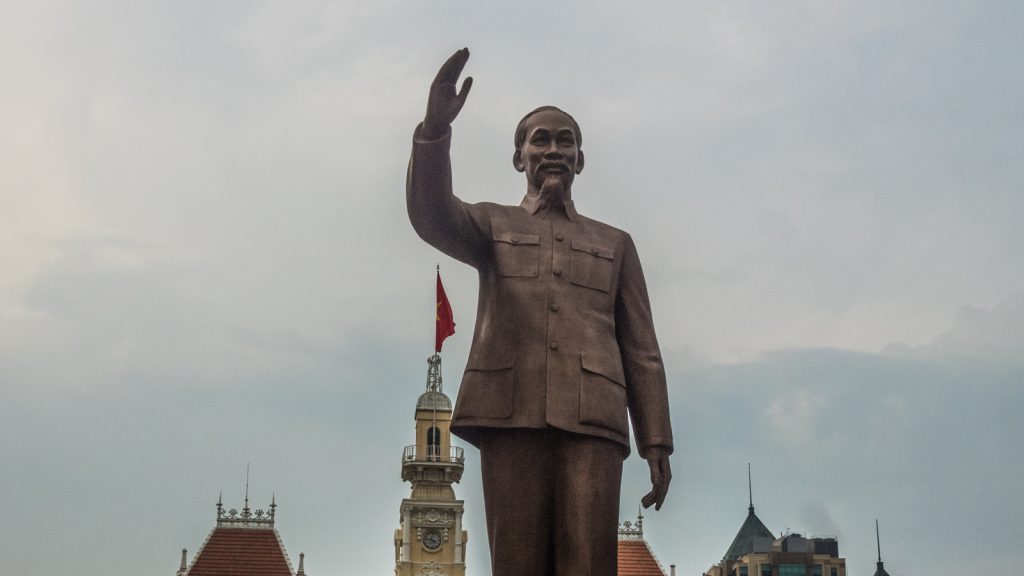 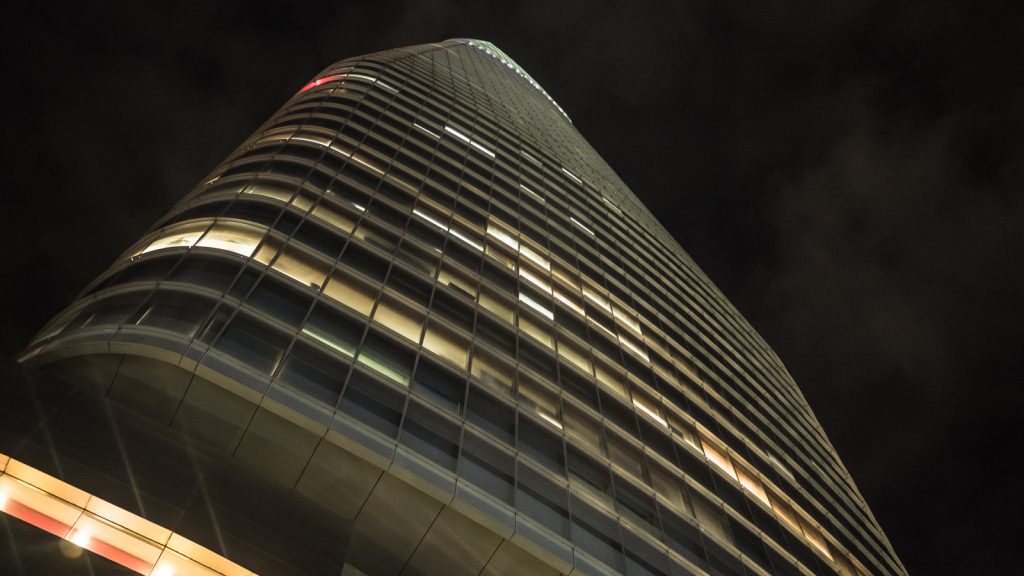 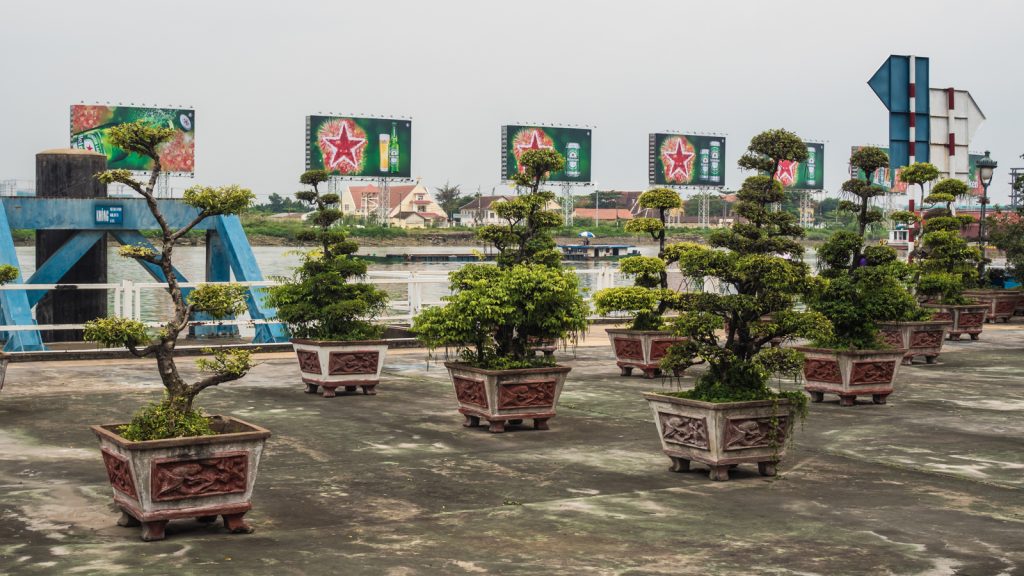 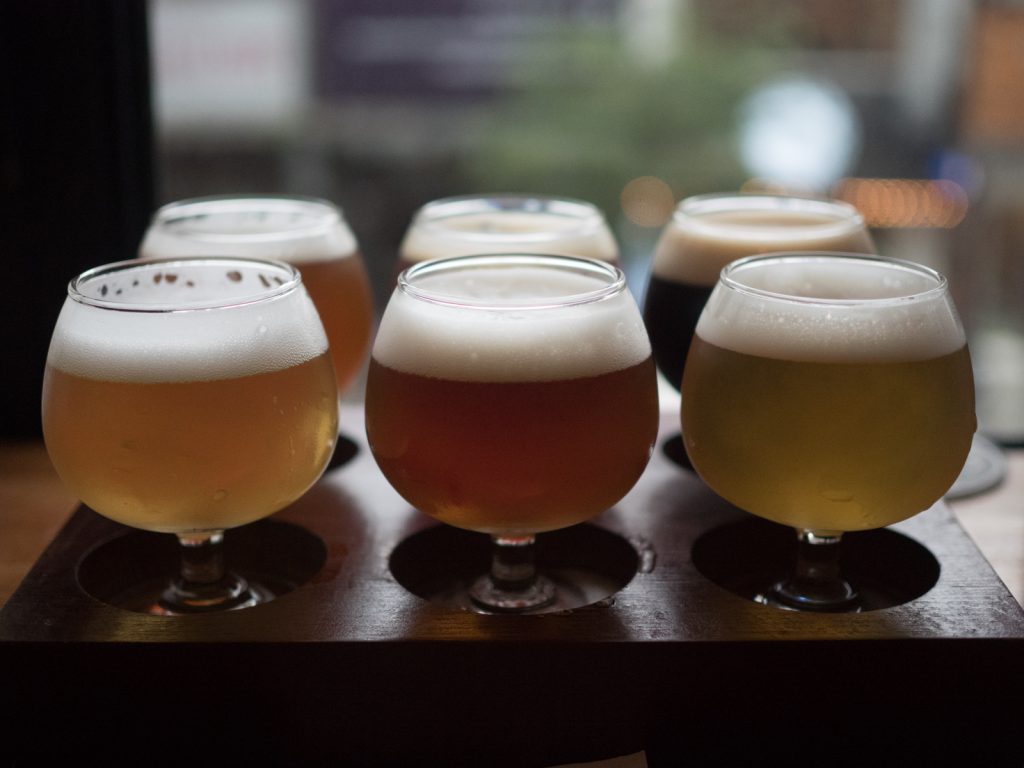 We found an ale house (The Pasteur Street Brewing Company) with an great selection of beers brewed with some eastern twist or other – think ginger, lemongrass, mango, papaya, passionfruit and coffee. We sat in the window upstairs as the rain poured down outside and studied our maps.

We left early in the morning and followed the cunning route we had plotted through the narrow backstreets of Ho Chi Minh city, skirting the edges of the numerous islands of the Sông Sài Gòn river and hopping the gaps using battered steel ferry boats packed with overloaded scooters. 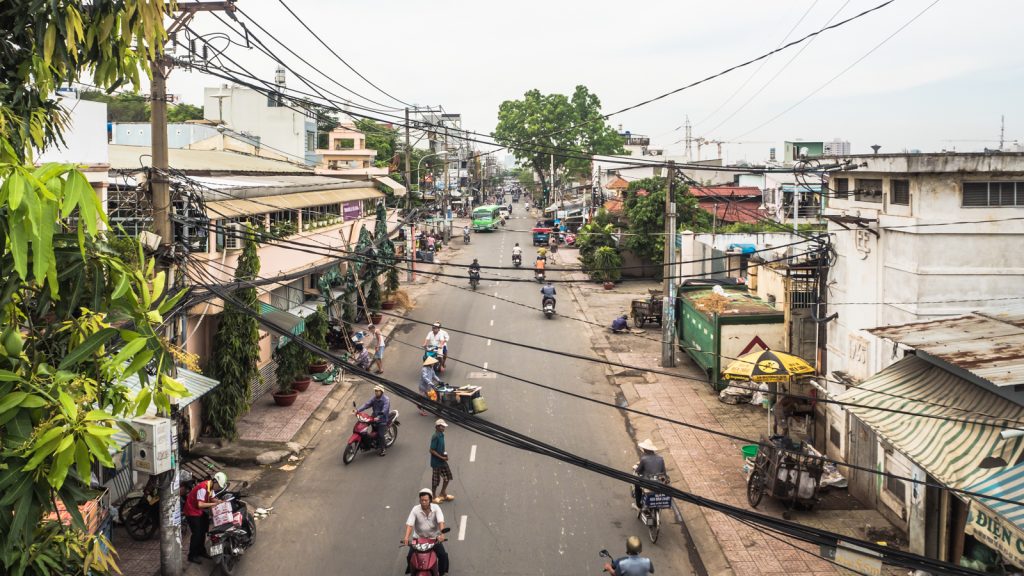 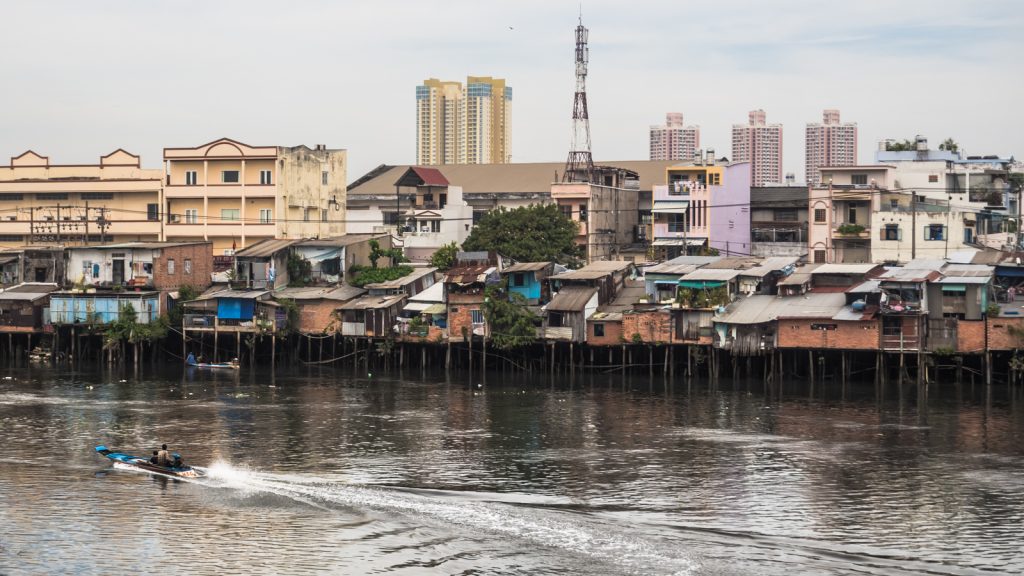 As we waited to board each ferry, we received smiles, nods and some truly bemused looks from the Saigon locals. We’re still not really sure of the source of bemusement – it could be the number of gears on our bikes (unheard of), it could be the fat 2.4 inch tyres (bigger than most motos around here), it could be that we have helmets for protection (safer that any motorcycle helmet on sale in Vietnam), it could be that every inch of luggage space you didn’t know existed on a bicycle is in use (Thanks @AlpKit), or it could just be that they all think we’re completely nuts for trying to cycle anywhere in this heat, with this much stuff and amongst this traffic (er, ok.. you may have a point). All of these reasons and more I expect.

Everyone has a go on my squeeze-bulb horn and we get most of the boat laughing – we’re alright, apparently. 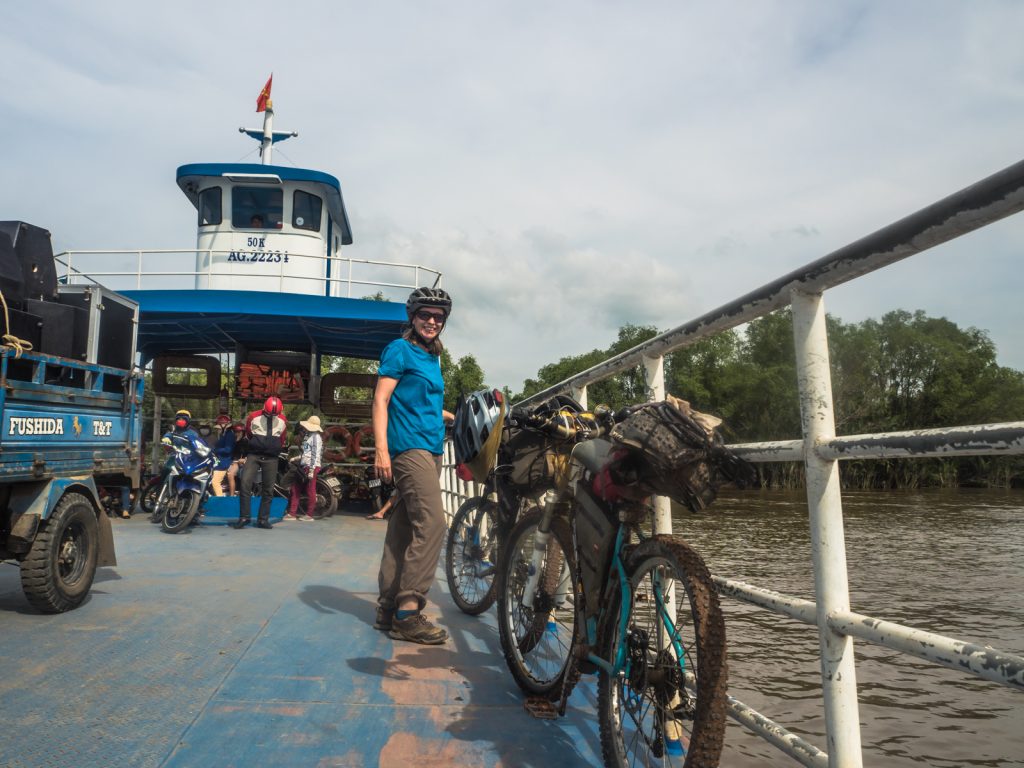 Our plan worked perfectly. Well, right up until we hit the artery that feeds the city to the South West. A dual-carriageway in the loosest sense – up to 5 lanes of traffic going in both directions on both sides. Probably the most dangerous thing about these roads are the huge american style shipping trucks ploughing trough the scooters like a bowling ball with incessant deafening blasts from the 3-tone 150 decibel air-horns. If you see one of these unstoppable death machines pull up in your mirrors it’s too late. Unless your name is Max. Or Snake. Or Chuck.

The dinosaurs once crossed Chuck Norris. Once.

I have never felt the need to wear earplugs while cycling, but this is where I started. Head down, earplugs in, mask on. Pedalling away in the thick smog, dust and scorching sunlight.

We stopped a couple of times to look at the map – shouting to each other over the noise, hoping to find another way. The sweat running into our eyes carrying suncream, dust and pain prevented any successful route-finding, so we pressed on. And on.  Until we finally reached our turning onto a dirt road that would take us away from this madness.

Just a hundred yards from the main road the noise fell completely silent. Our ears were ringing – it was like we’d accidentally walked into the death-metal tent at a festival and could’t find our way out. I know, I’ve never seen one either.

All we could hear over the ringing was our tyres chomping over the red dirt and mud below. And that squelchy crunching noise. What is that? probably nothing. 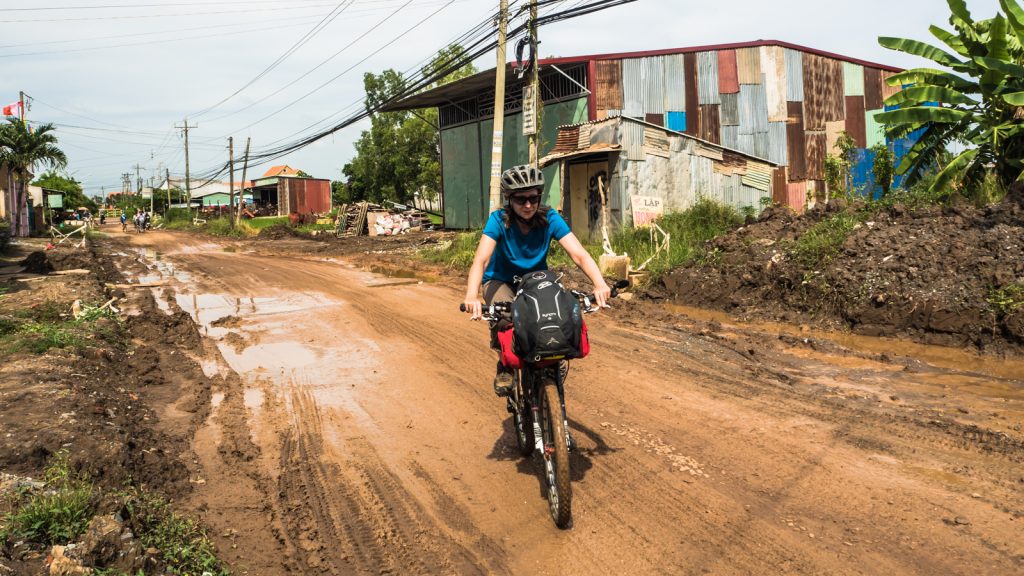 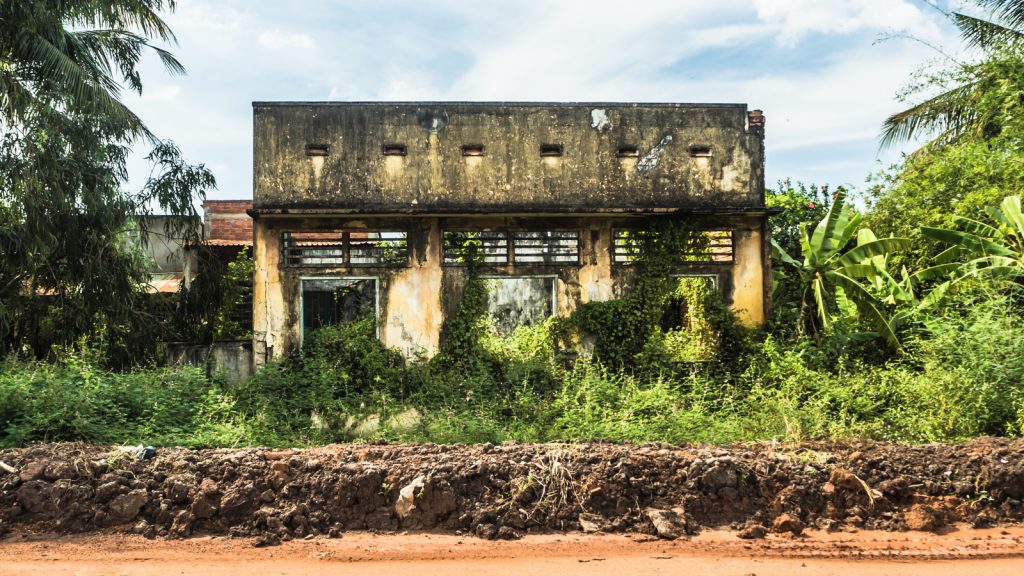 The track became rougher, soon we were back to dodging ruts, pot-holes, puddles, chickens and buffalo. Brilliant.

Oh, hang on a minute. That noise. I know that noise.

We stopped and checked things over and sure enough, Kate had picked up a flat tyre as soon as we’d left the road.  We popped the wheel off and repaired the puncture – only the second one in 1000 miles. It was then that Kate noticed the crack in her rear wheel…

3 thoughts on “Escape from Saigon”