I had imagined our final day – our triumphant descent to the Atlantic coast – to be warm, sunny, downhill and accompanied some kind of fanfare (Eye of the Tiger, The Final Countdown or something like that on brass).
But it wasn’t to be.. Despite delaying our departure for an hour or so in the hope that the rain would stop it just kept falling, so we donned our finest waterproof suits and headed out into the downpour. 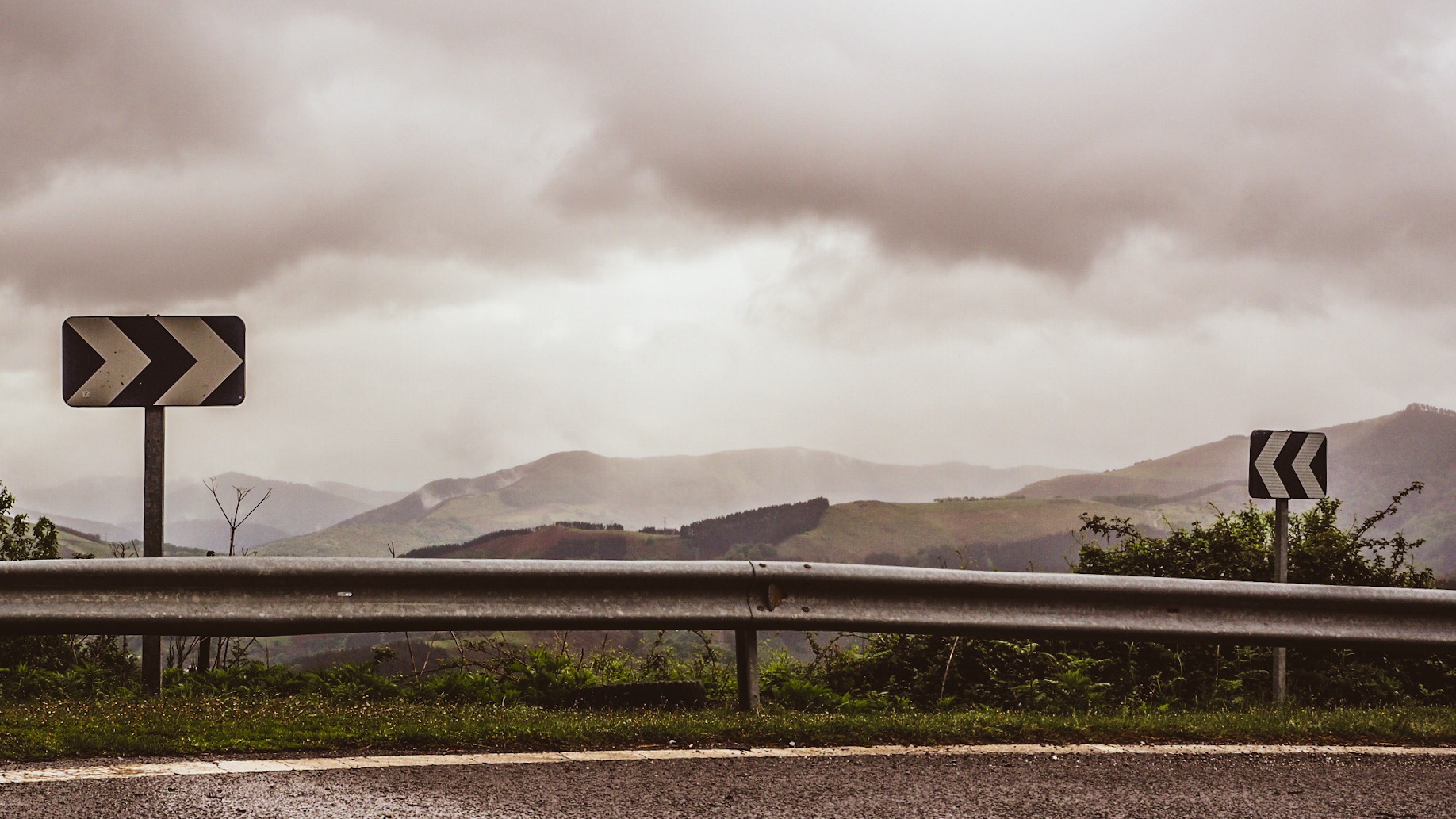 Today’s route started with a major climb, for a change.  I had estimated it at 5km, Kate reckoned more like 7km, but when it came to it the hill just kept on going… 13k with all the twists and turns to be exact – not so easy at this end of the journey when you refuse to get off and walk, but we are both really, really good at cycling up big hills now. 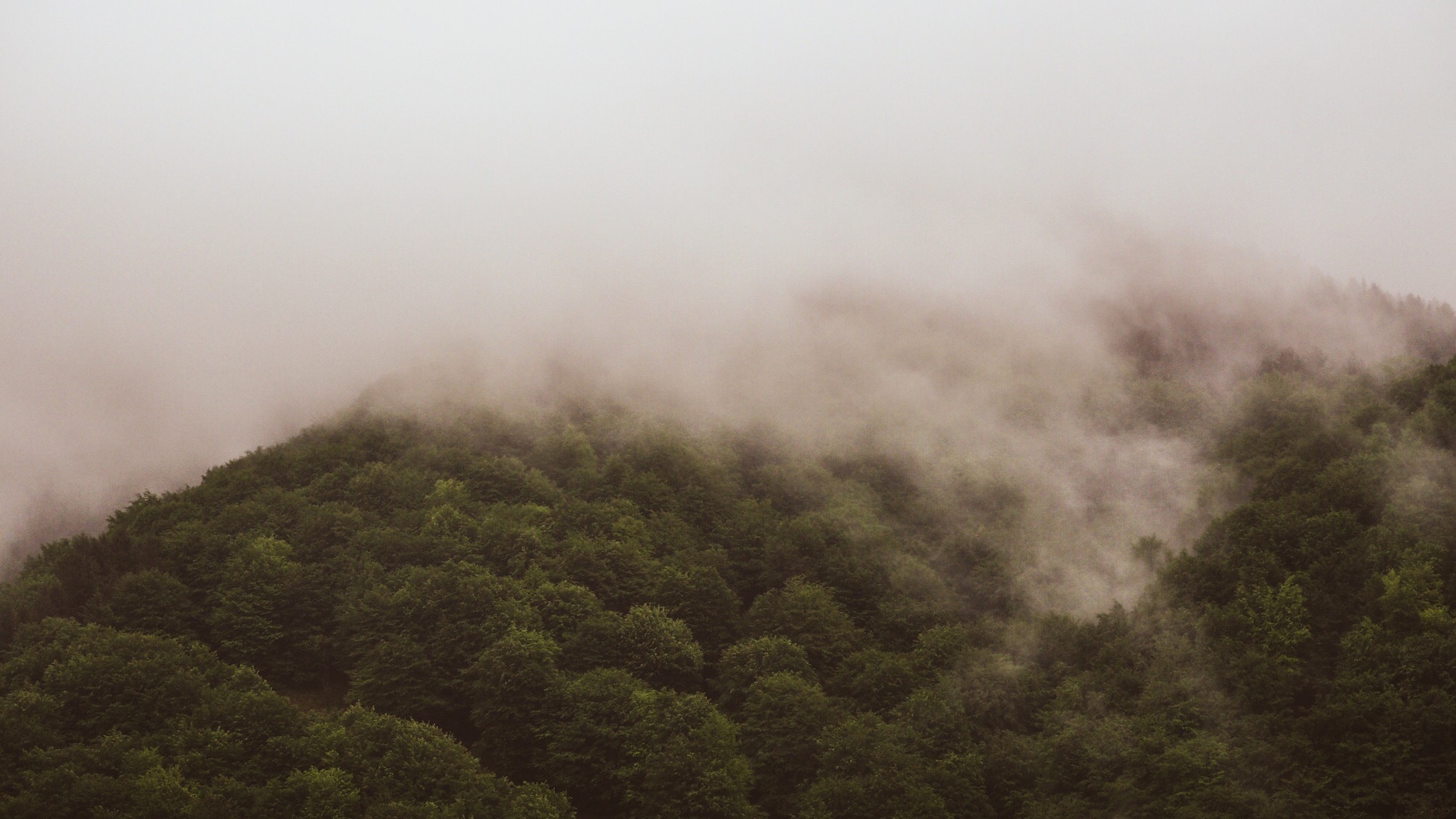 We did have a couple of “breaks” on the way up.. A sheared front-mech cage (a swanky XTR mech breaking in a way it really shouldn’t), and a mile later a broken chain.. 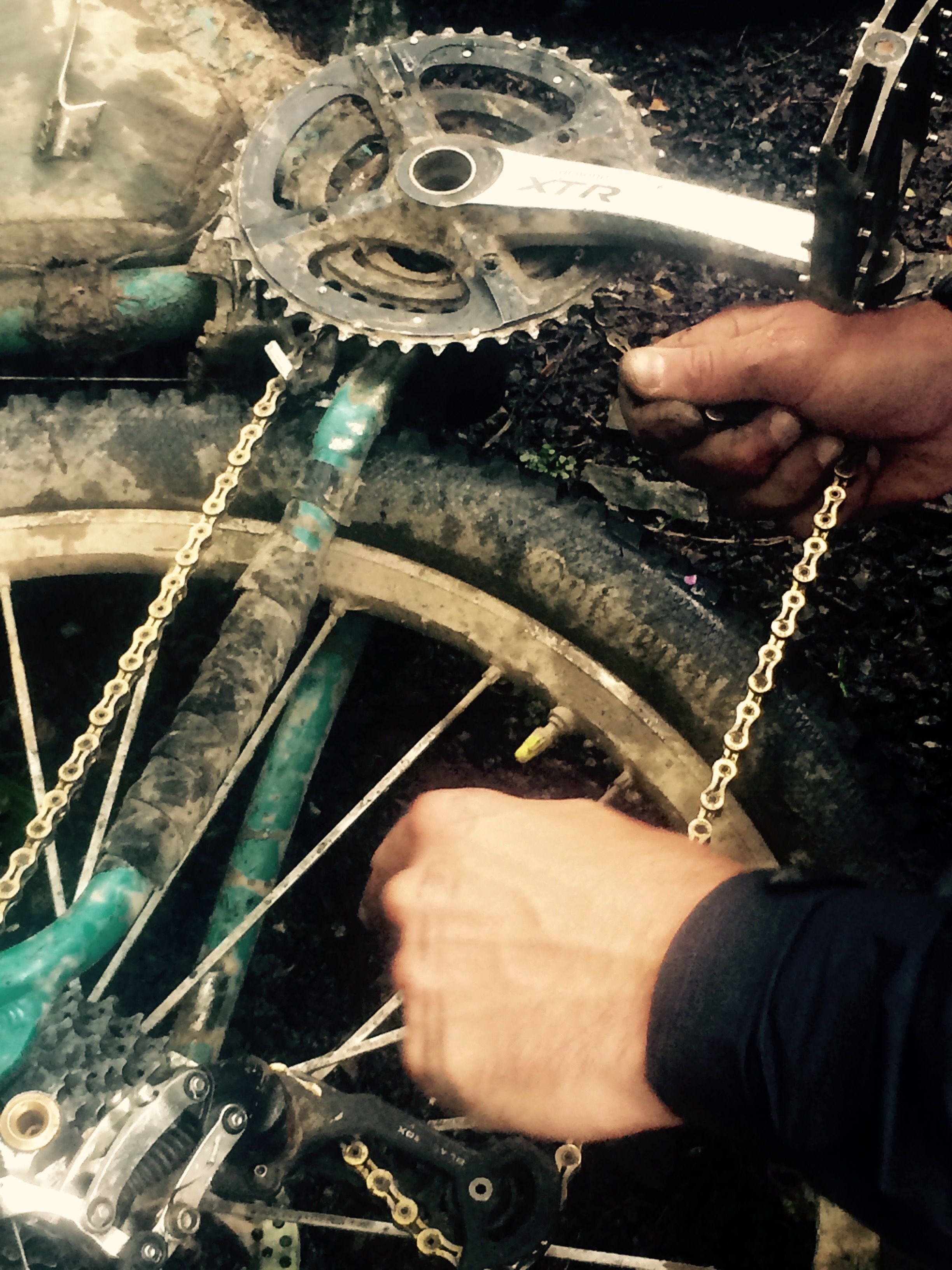 On top of this Kate’s Front tyre is losing air and requires regular reinflation.  I get the feeling our bikes are not ready to finish this trip. Come to think of it – are we? Our goal at the top of this climb is a mystical Dolmen. So mystical we couldn’t find it. Visibility was still poor and the light rain had summoned reinforcements so we gave up the hunt and prepared ourselves for the cold wet downhill stretch. 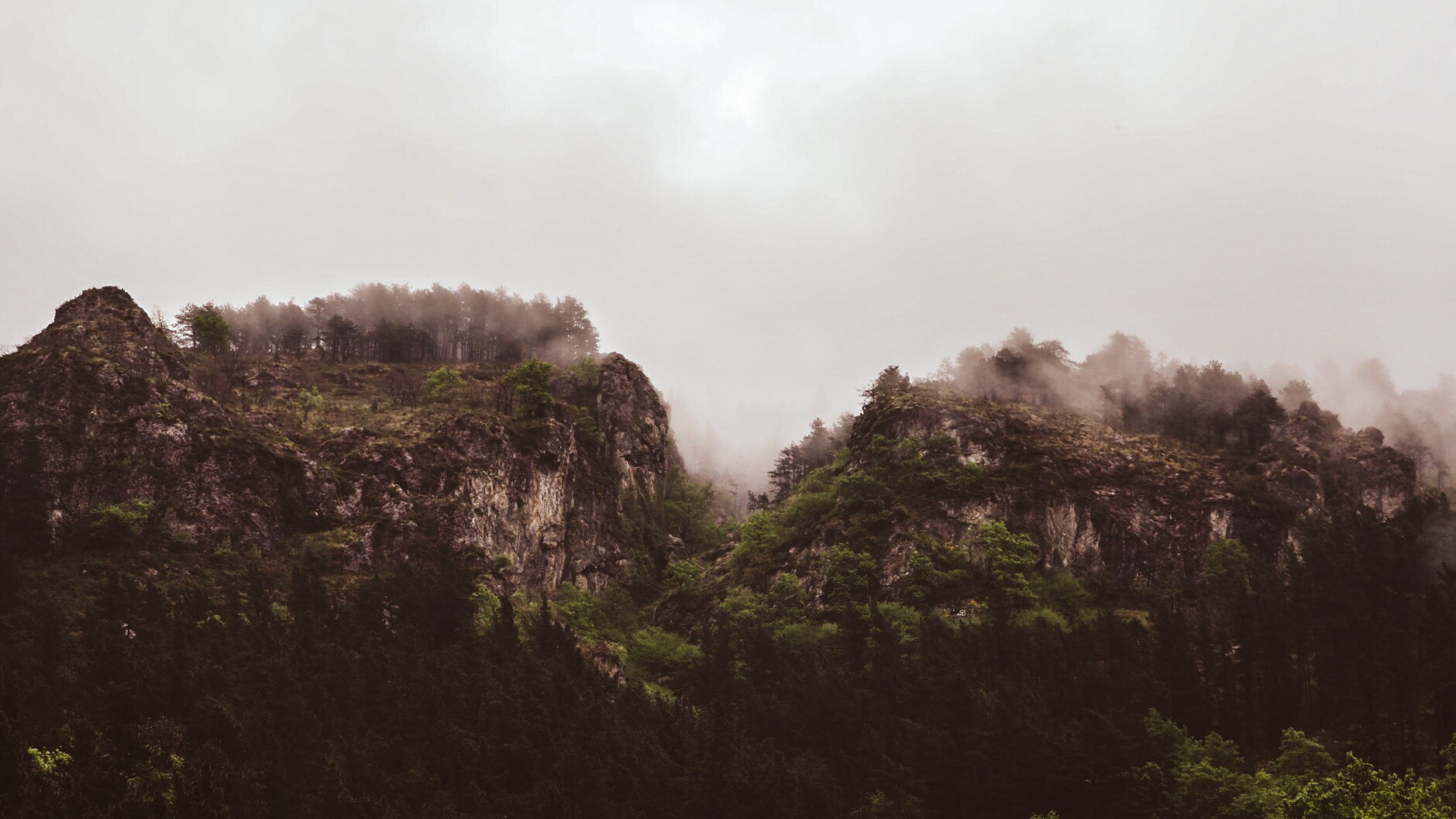 Normally we would have stopped at the reservoir at the bottom and the dam we cycled across. I’m sure there could have been a photo or two, but not today.

Today we did not collect £200, we kept what momentum we had across the dam and hit the upslope on the far side with full force and the well-honed grimaces we have been practicing for weeks. 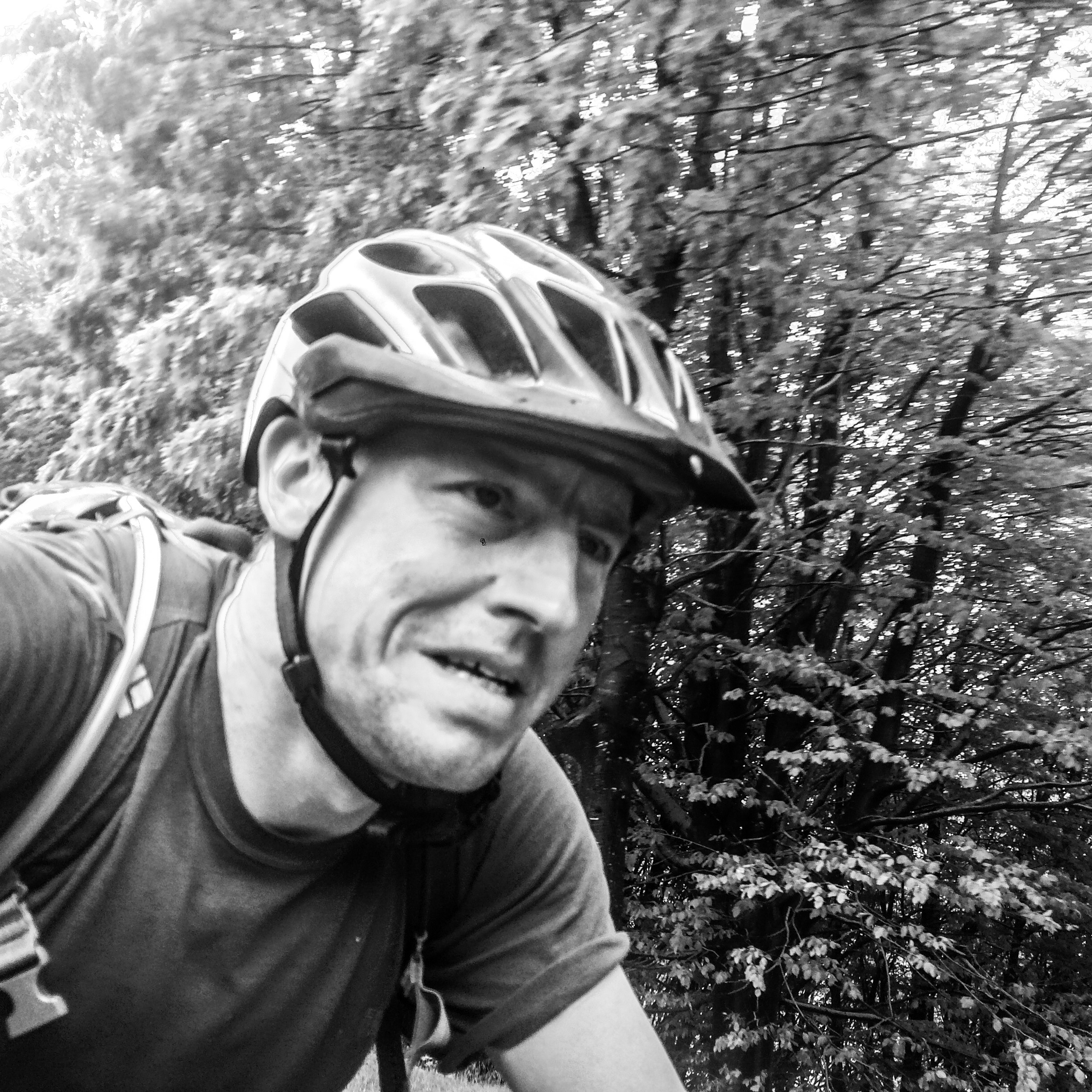 More up followed but as we didn’t stop to take pictures in the rain we won’t dwell on that too much. As we entered the tunnel at the edge of Narvarra, we hoped for better weather on the other side. Unfortunately it was worse – mental fanfare stops, virtual band packs up and goes home leaving one sole trombone playing us out the other side in a comedy fashion. 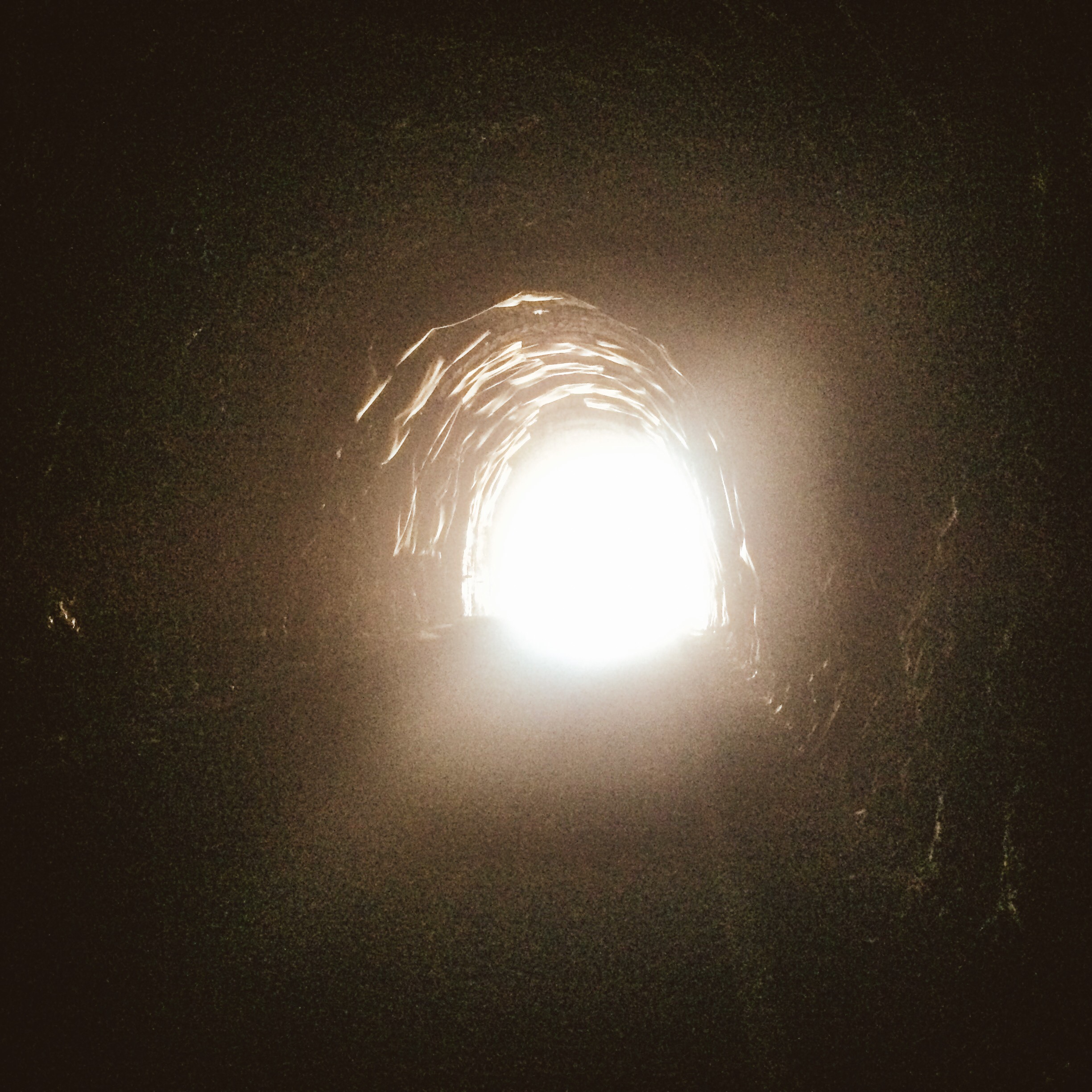 But all was not lost. Thankfully, as well as learning an awful lot over the last few weeks, Kate had watched another video and read a very good article on body position for steep stuff before we hit the really fun bit of downhill.

I must admit that when things have gotten steep or tricky, I hit the bottom and look back for Kate, hoping she hasn’t had one of the (many) painful learning experiences that I have had in my biking upbringing.  I’m pleased to say she has always arrived safely, usually with a smile of her face.

This particular section was technical and steep. Very steep.  35 degrees slightly slippery concrete road with twists, turns, corkscrew berms, holes and off-camber sections.  Down the edge of the track was a storm-drain with sharp rocks concreted into it (I’m not sure why, despite having an unintentional closer look).  The wet surface made me take it much slower than I would have otherwise, but I got to the bottom in one piece. This time I waited for Kate with more concern – the last time we hit something like this she walked it (a good move), but she has got so much more confident (and skillful) that I knew she’d ride this, I just hoped she’d make it in one piece..

Tick, tock… It was taking a while.  I knew that Kate had probably paused at the top to faff with something (another skill we have both been honing), but that didn’t stop me reaching the walking-back-up-the-hill-with-a-concerned-look stage.

I had made it 20 meters or so when the figure shot out of the woods, flew down the road towards me and took the drop onto the gravel track, landing both wheels at the same time (nice) and leaving a cloud of debris behind her.  Kate shot straight past me with a slightly hysterical laugh (think joker) that carried on as she disappeared around be next bend.

Ok, I think she likes this biking thing then – that’s good, I have been meaning to bring up the subject of doing more…

At the bottom we join a ‘cycle path’. We haven’t been on one of these since Barcelona, it is eerily flat, smooth and without hazard.  This one takes us through a dozen small tunnels and along 20km of countryside all the way to San Sebastián. 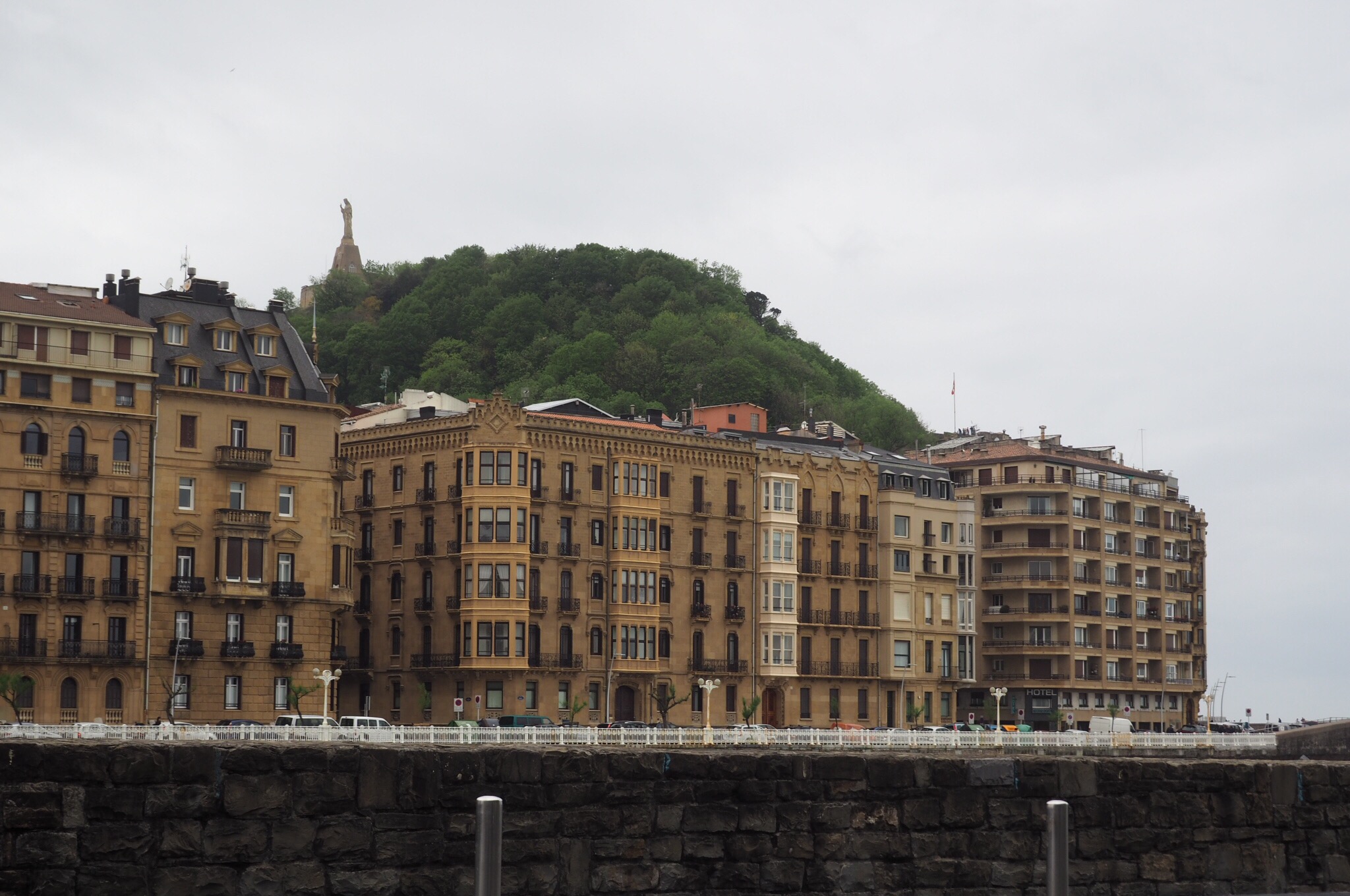 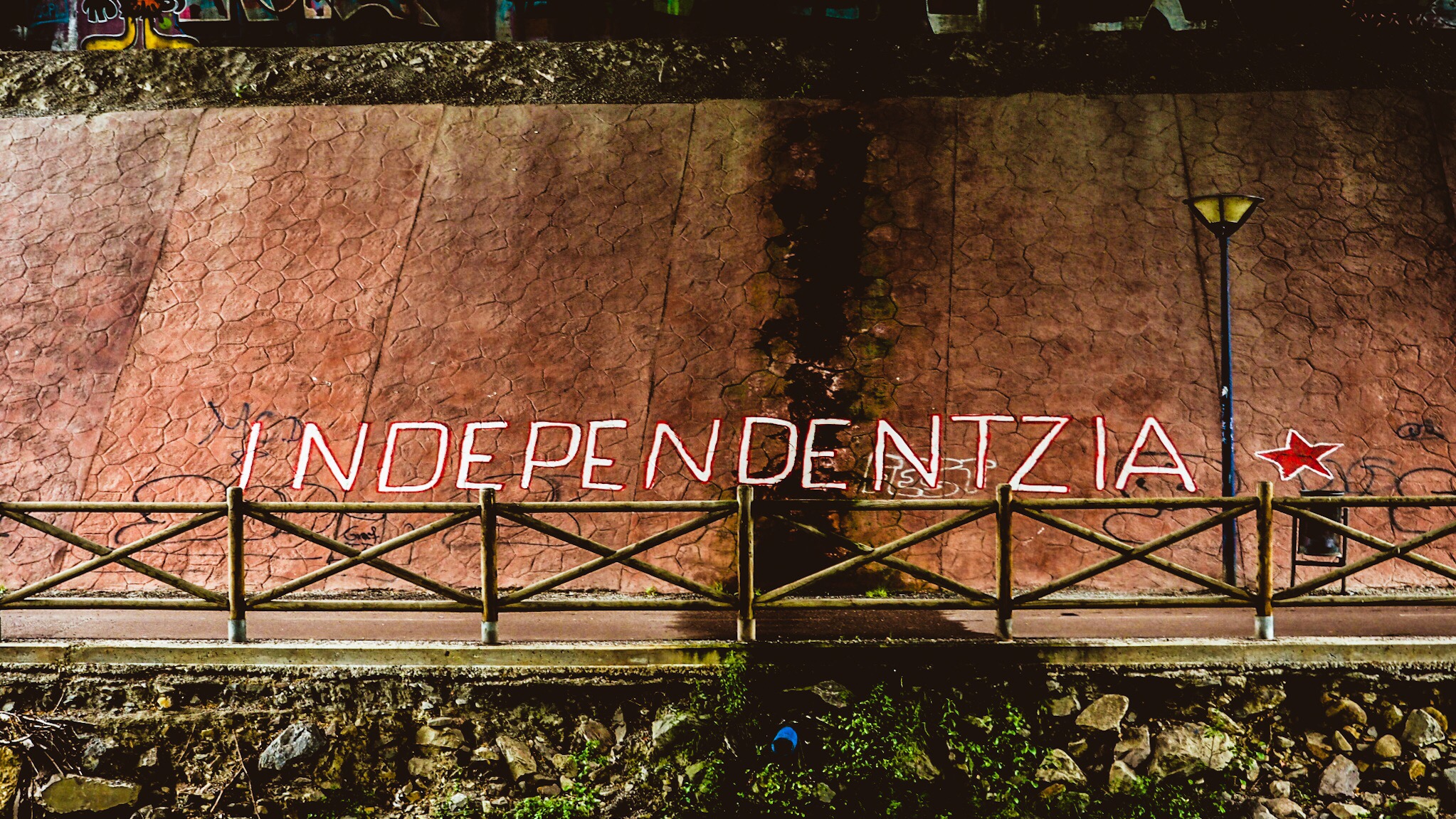 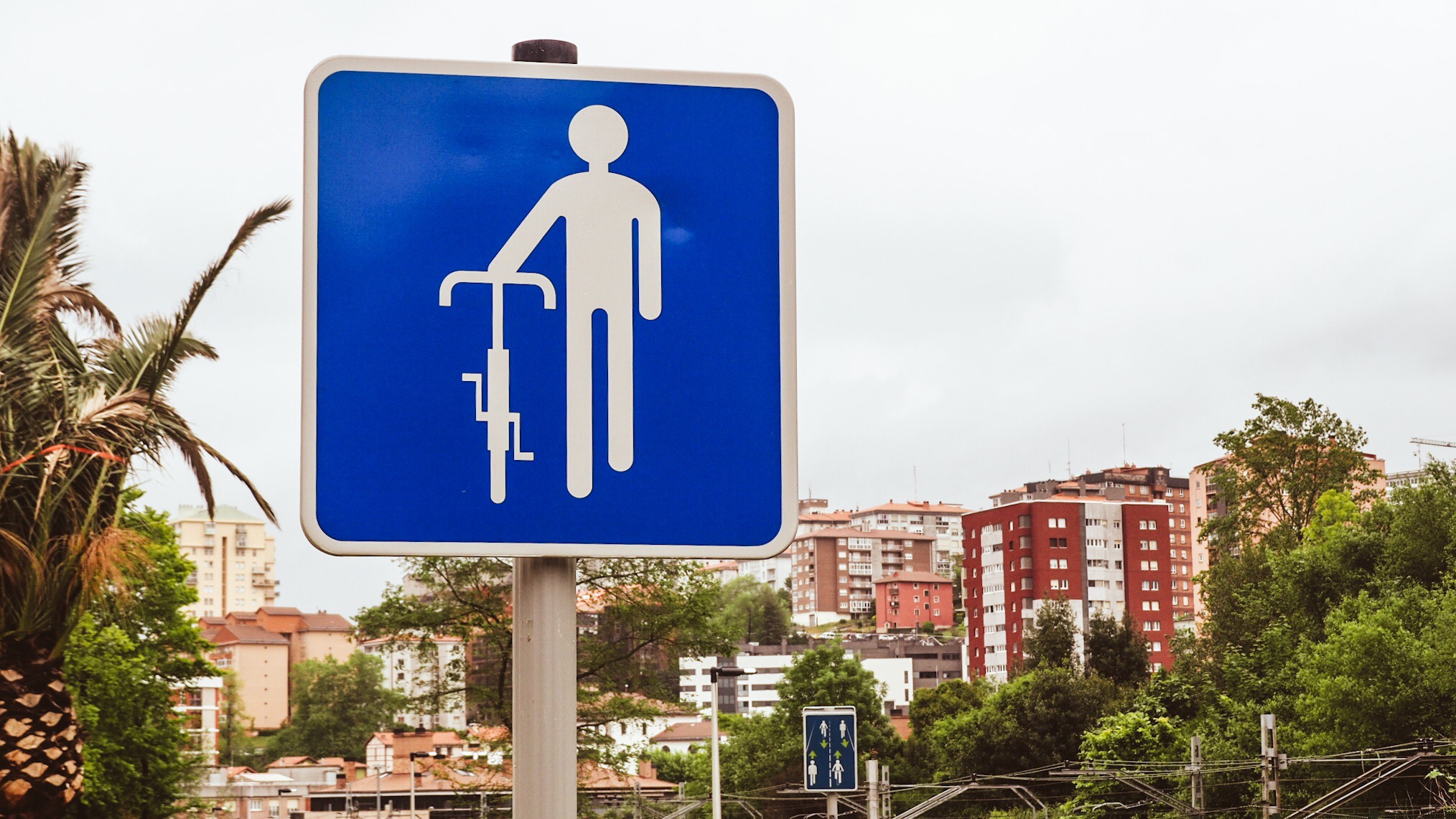 This really is the last stretch – past the docks, through the maze of cycle paths within the city and out onto the beach at Zurriola. We celebrate, take some photos and look out over the bay of Biscay, I think we are both a little confused by the flat horizon and the prospect that tomorrow may not involve cycling up massive hills.  What now?

We have scrapped our plans to get the train to Bilbao (where we fly back from), we’ll use our remaining 4 days to cycle there instead (..and we’d welcome any more charity donations too!)