No breakfast for the hungry.

Having eaten all of the “spare” food last night we had 40 kilometers before us with nothing but gummie bears, a small amount of stale bread and anything we can find lurking in the bottom of our rucksacks for fuel. 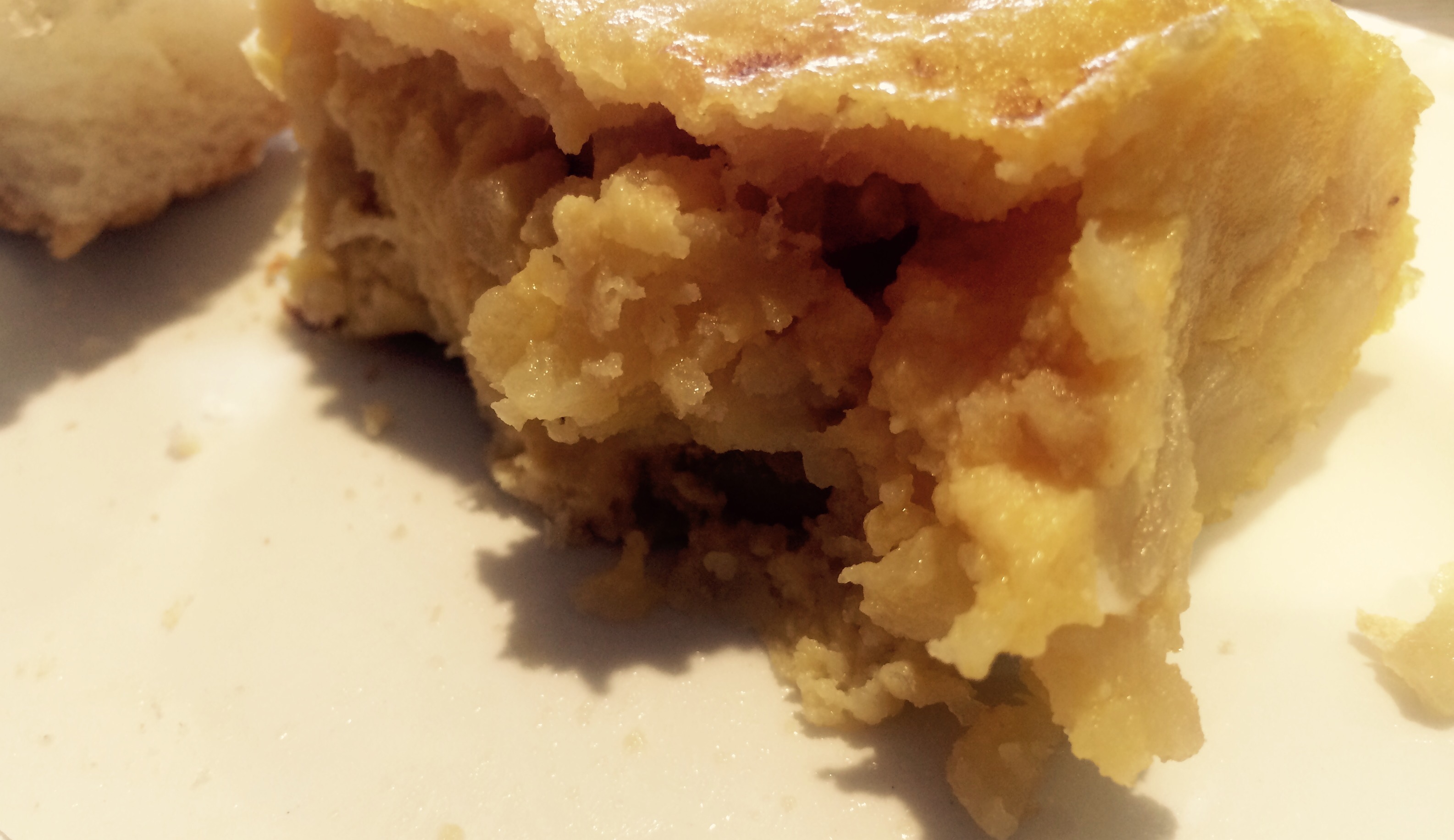 Food has definitely become fuel on this journey. I find myself looking at menus in a completely different way, working out if the calorie/carb ratio is high enough for the day ahead.

Before too long our empty stomachs were distracted by our route.

The first amazing sight of the day was an abandoned 18th century munitions factory in the Aezkoa Valley. An immense ruin which even had a school and a Palace on the grounds which presumably was residence for Carlos III (…although Carlos III was anti-war so please feel free to correct me if you know better). 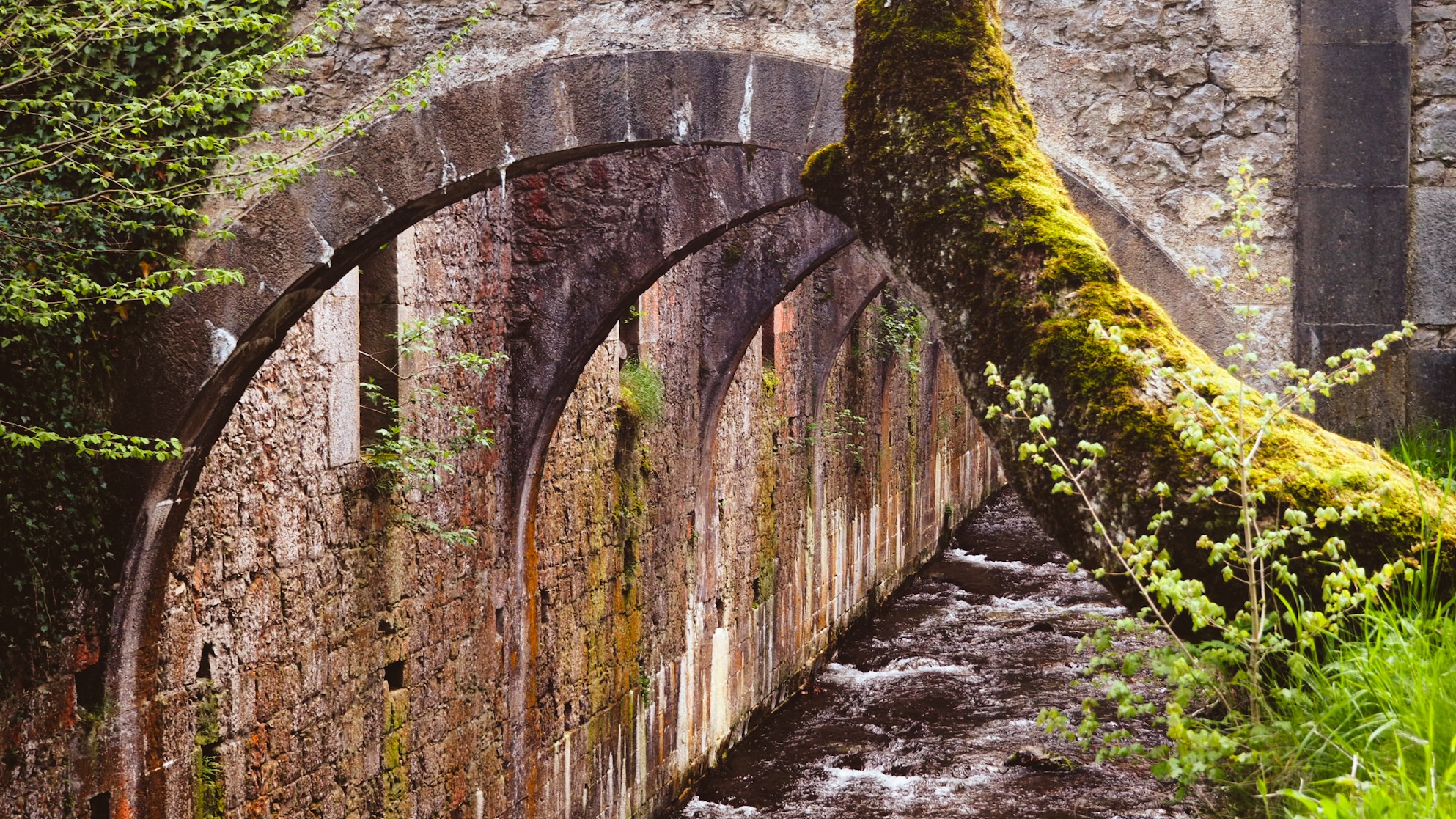 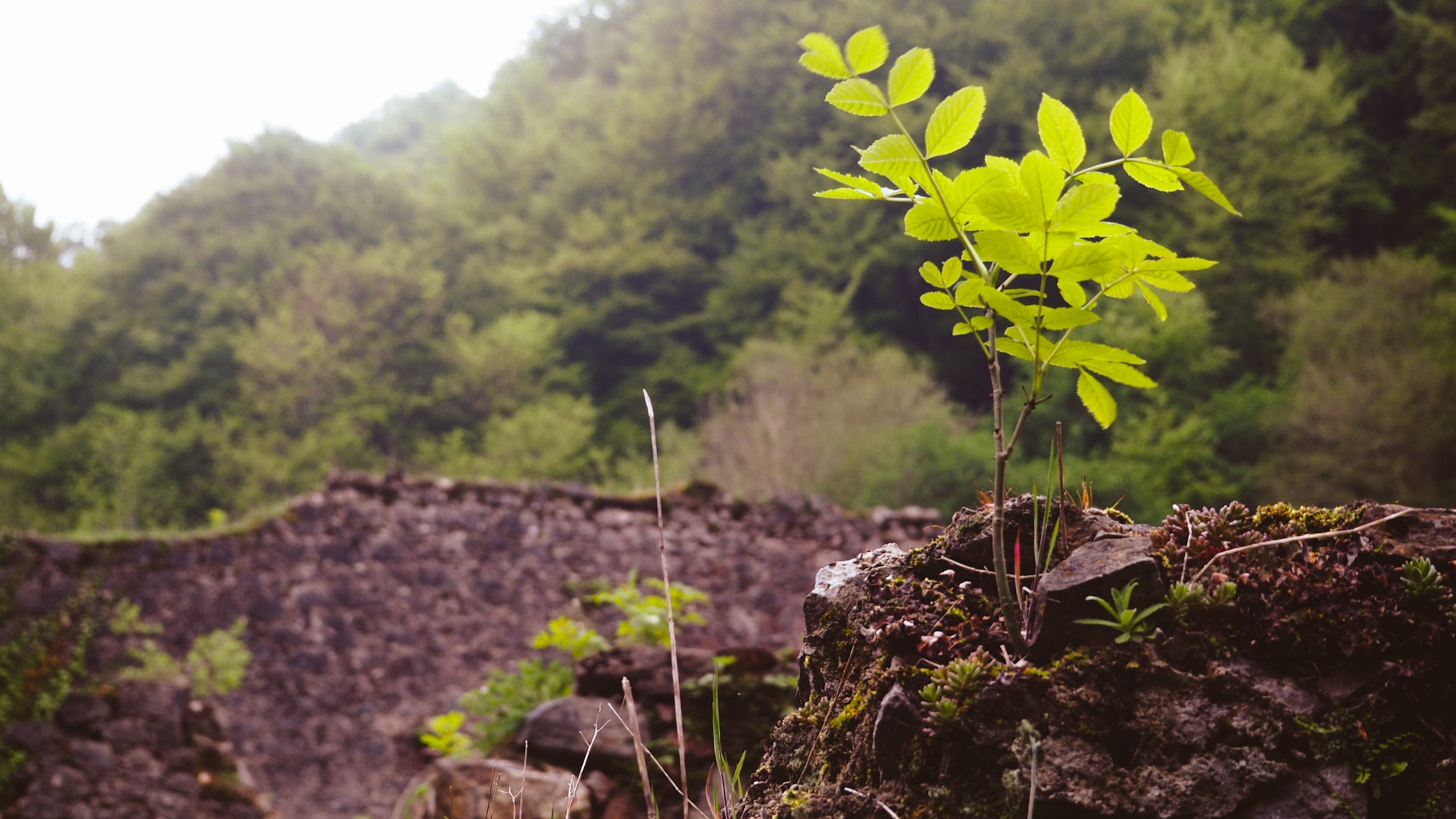 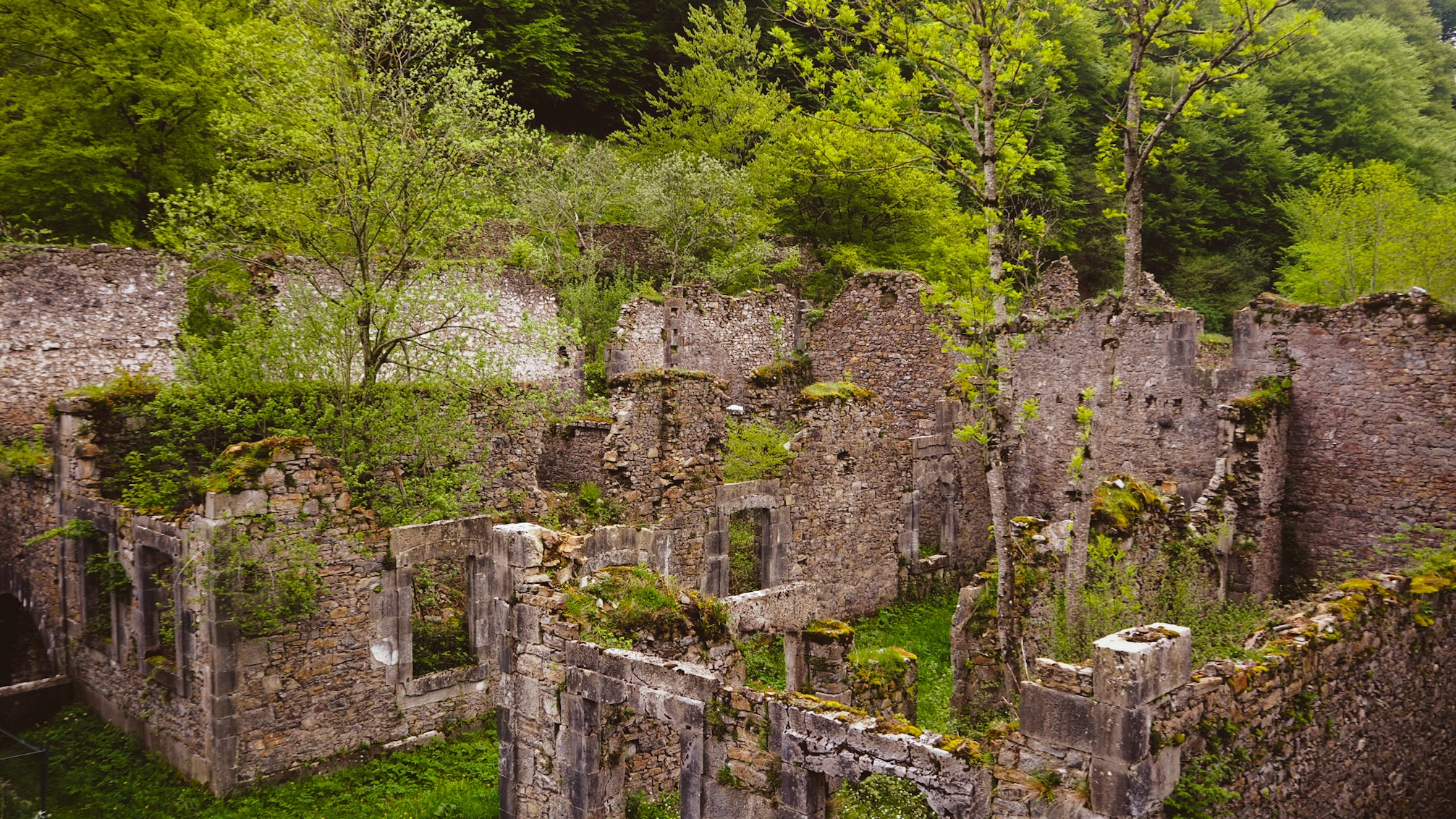 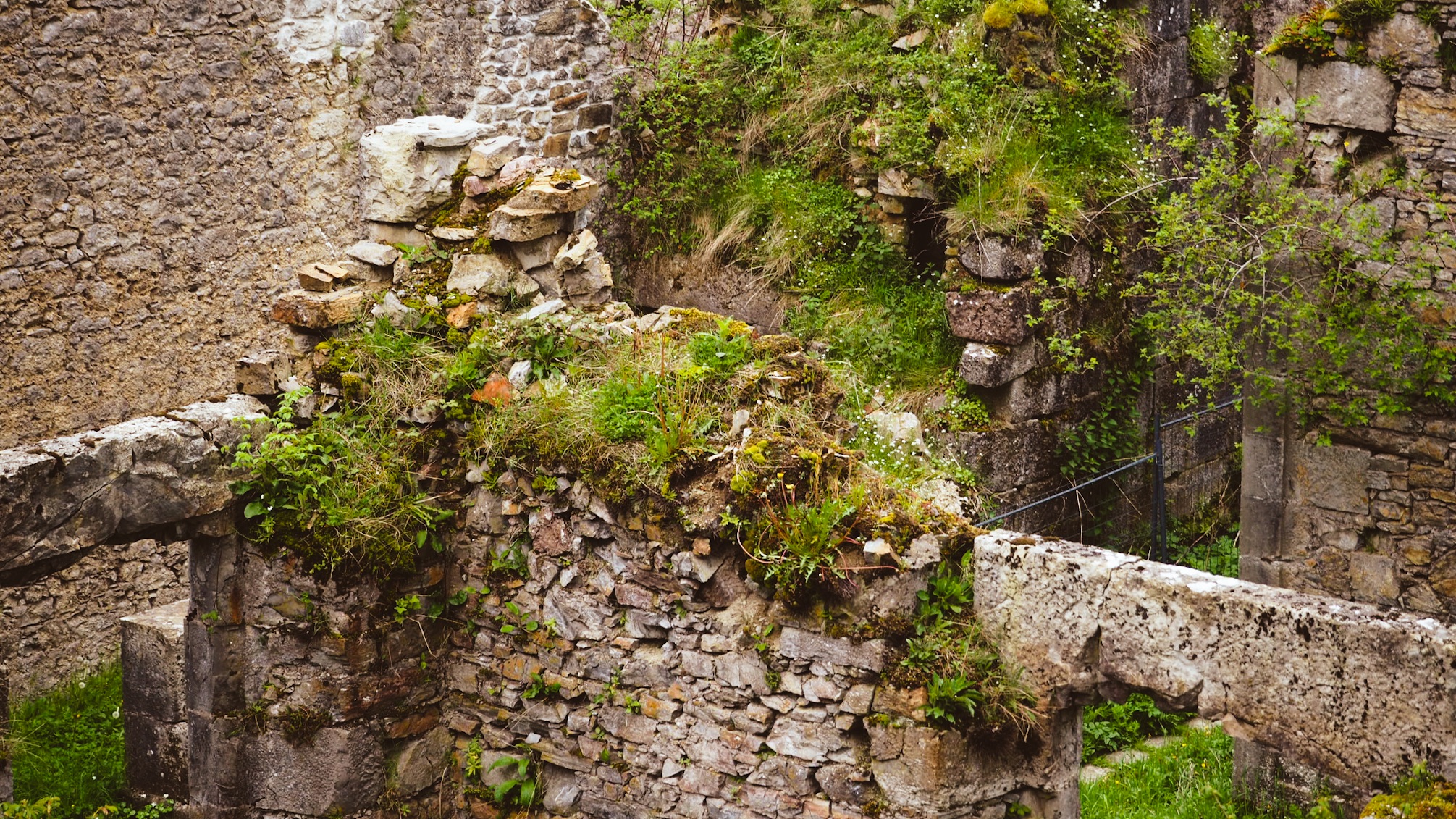 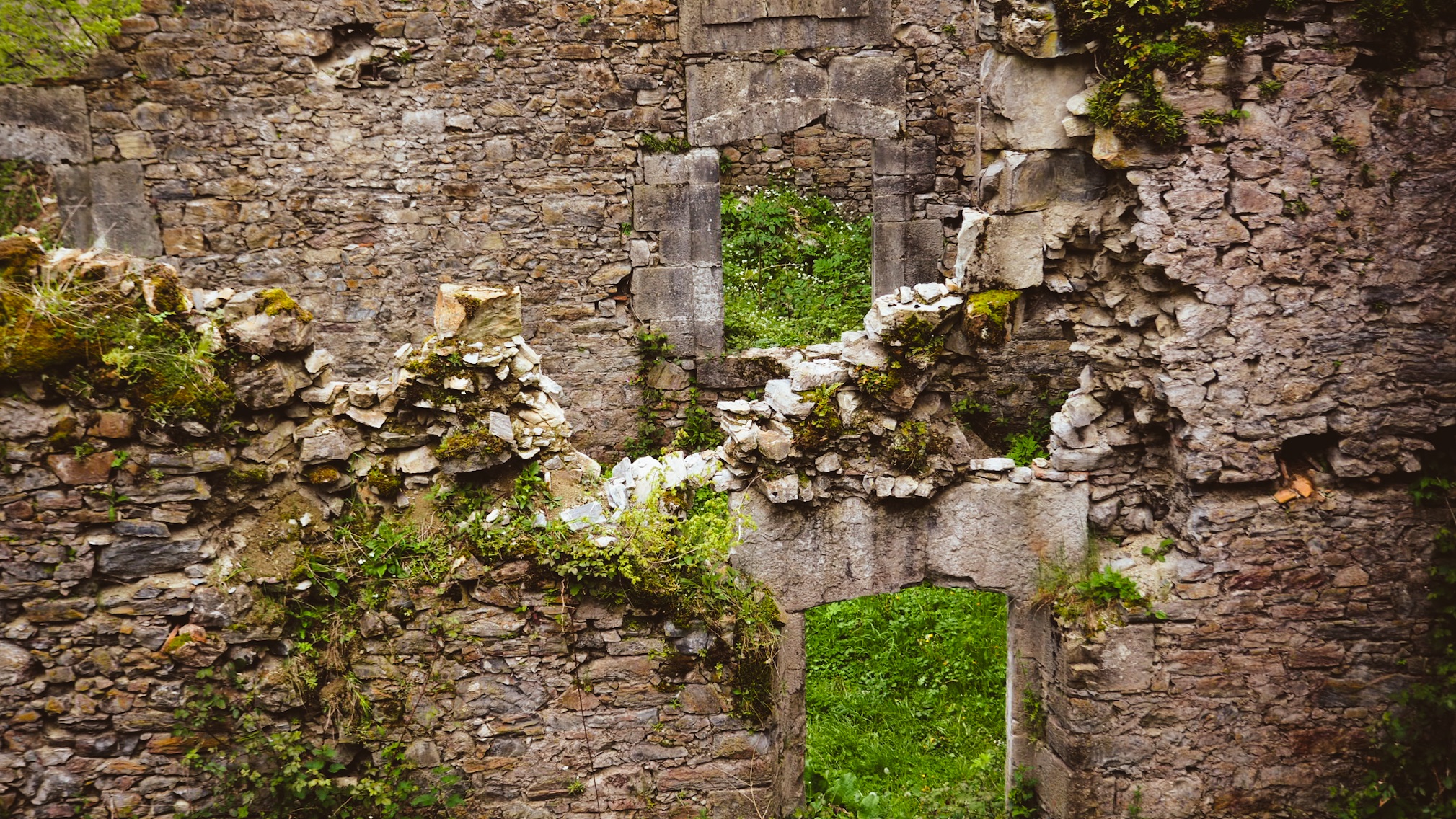 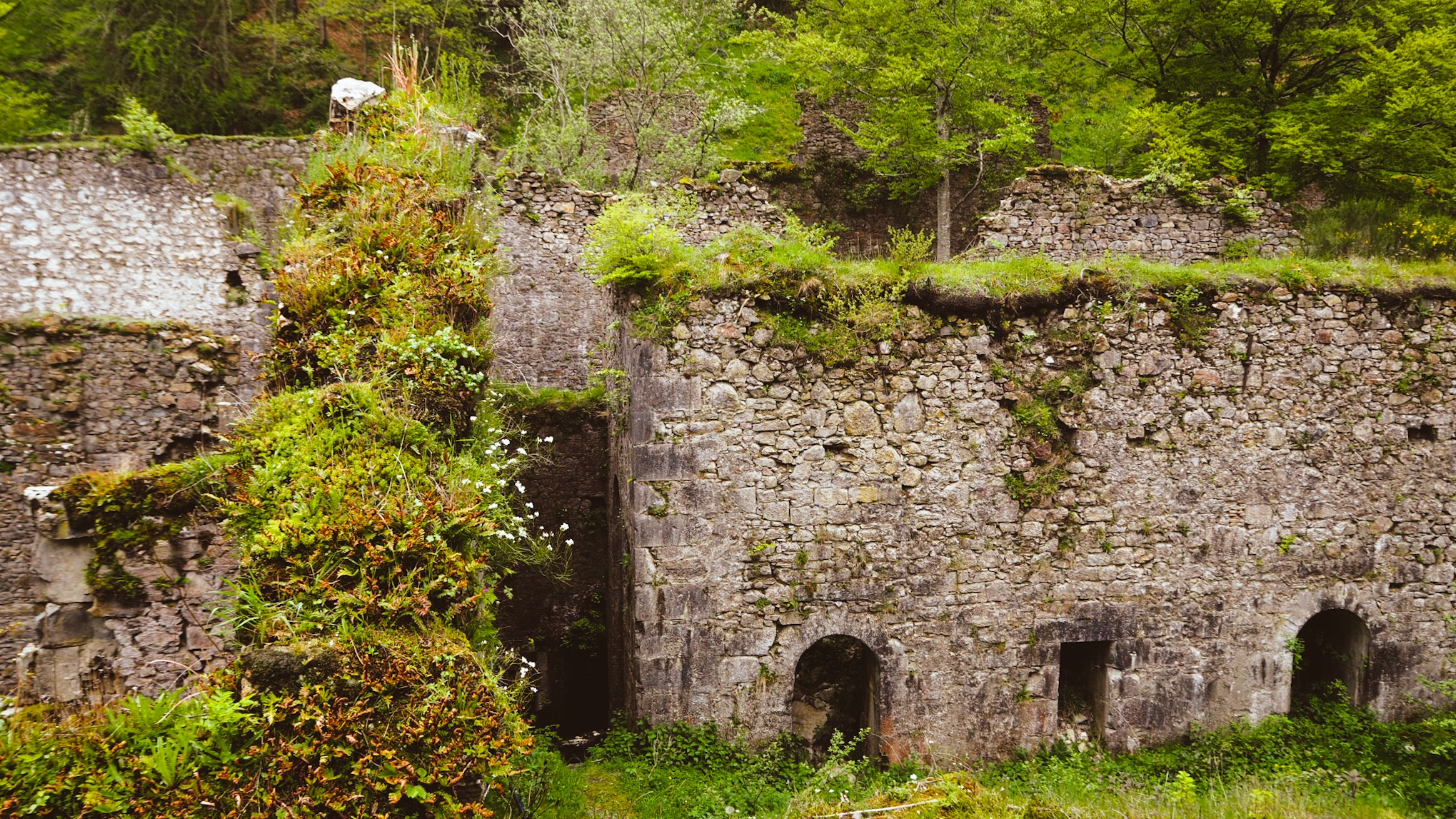 The next stage of our journey involved a long upward hike through a valley filled with waterfalls. 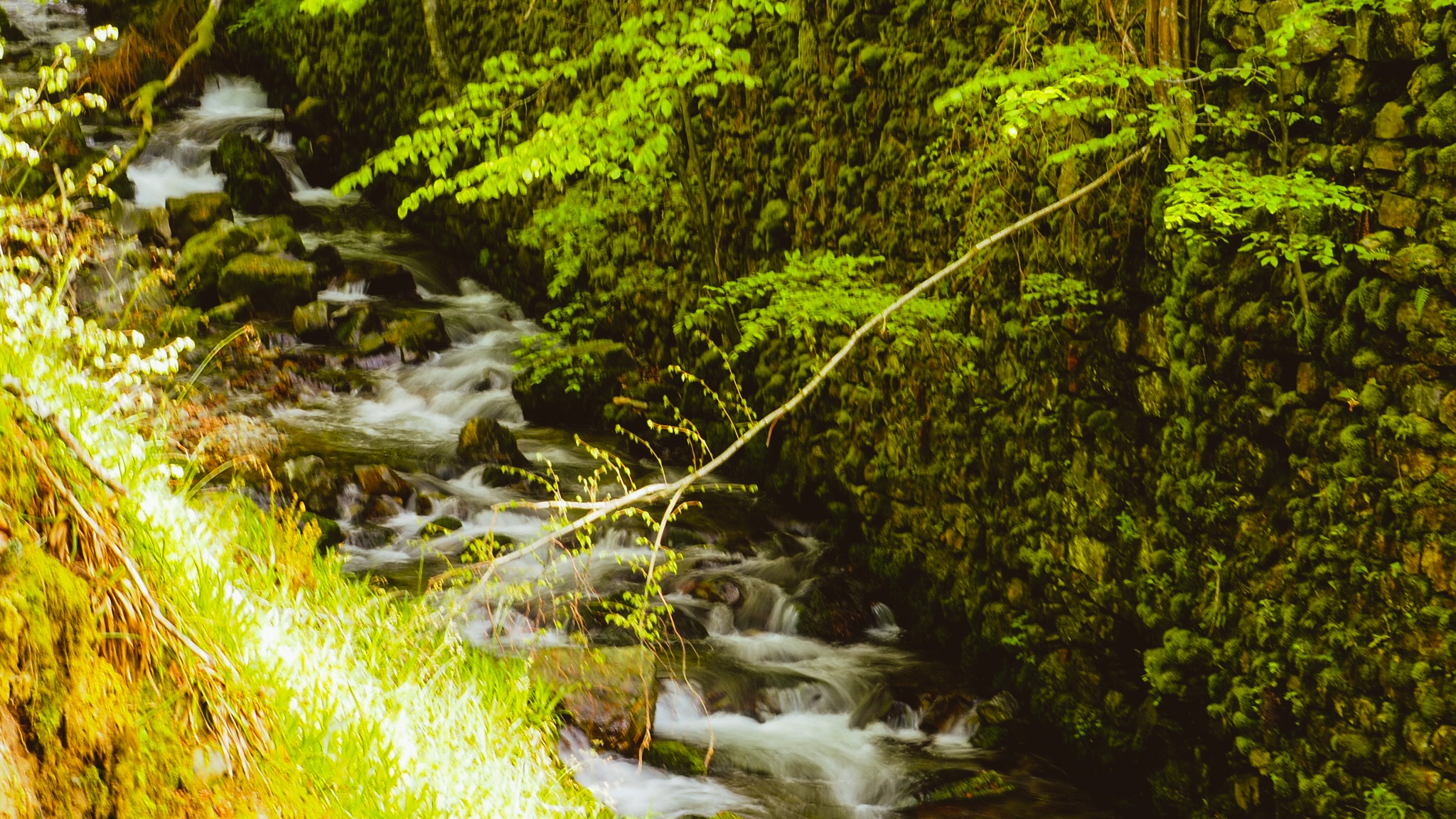 As we reached the steepest incline we decided it was time to eat what little food we had.

Rucksack lucky-dip, found us with two small portions of honey, one of butter and half a bag of nuts, paired with the chunk of stale bread extracted from the tent bag breakfast was created (and demolished). 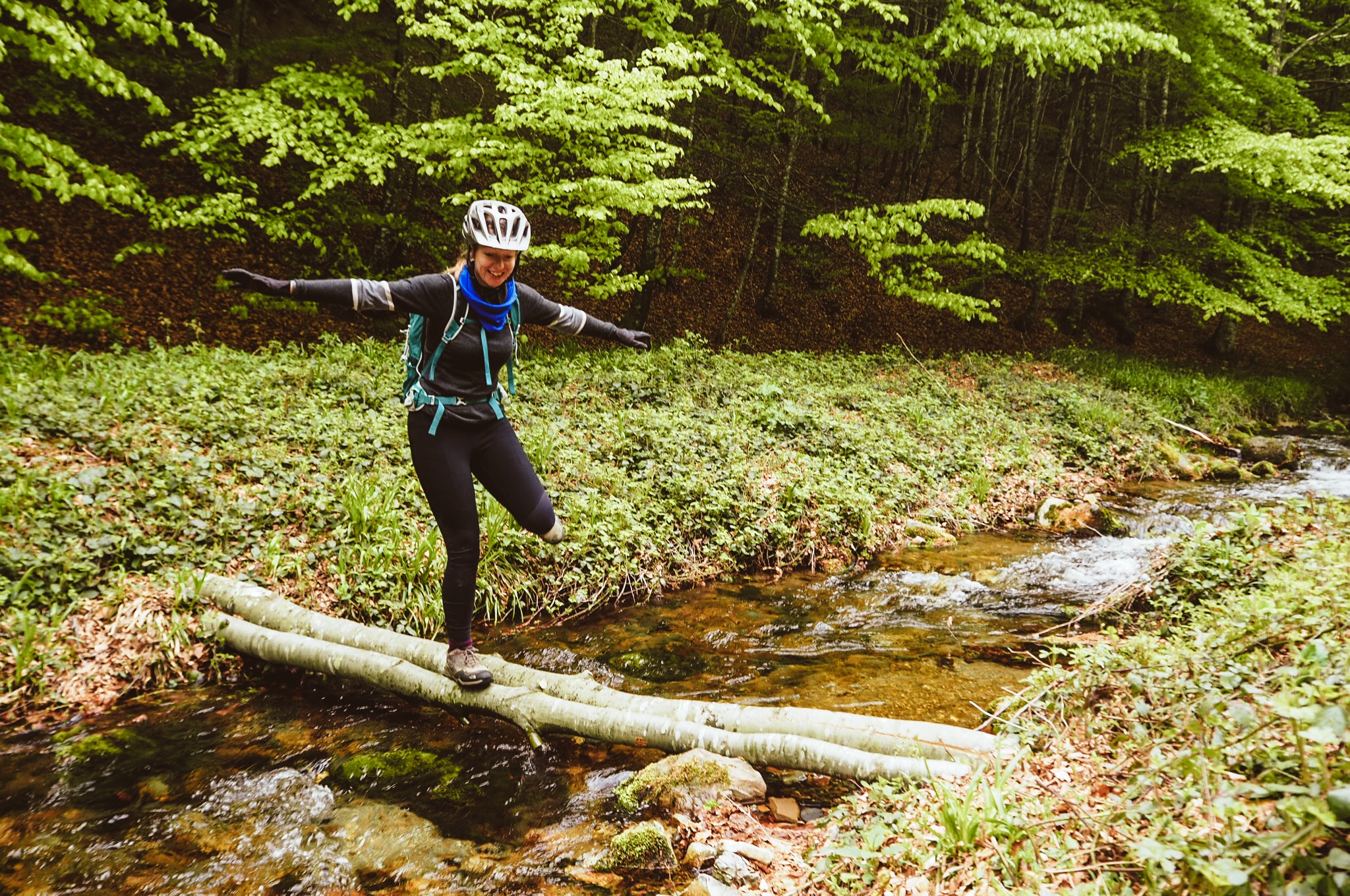 “It may be warmer in Spain but at least the shops are open in France”… I regret saying that now, it backfired, I was wrong and we remained hungry…and cold…and the view had disappeared… 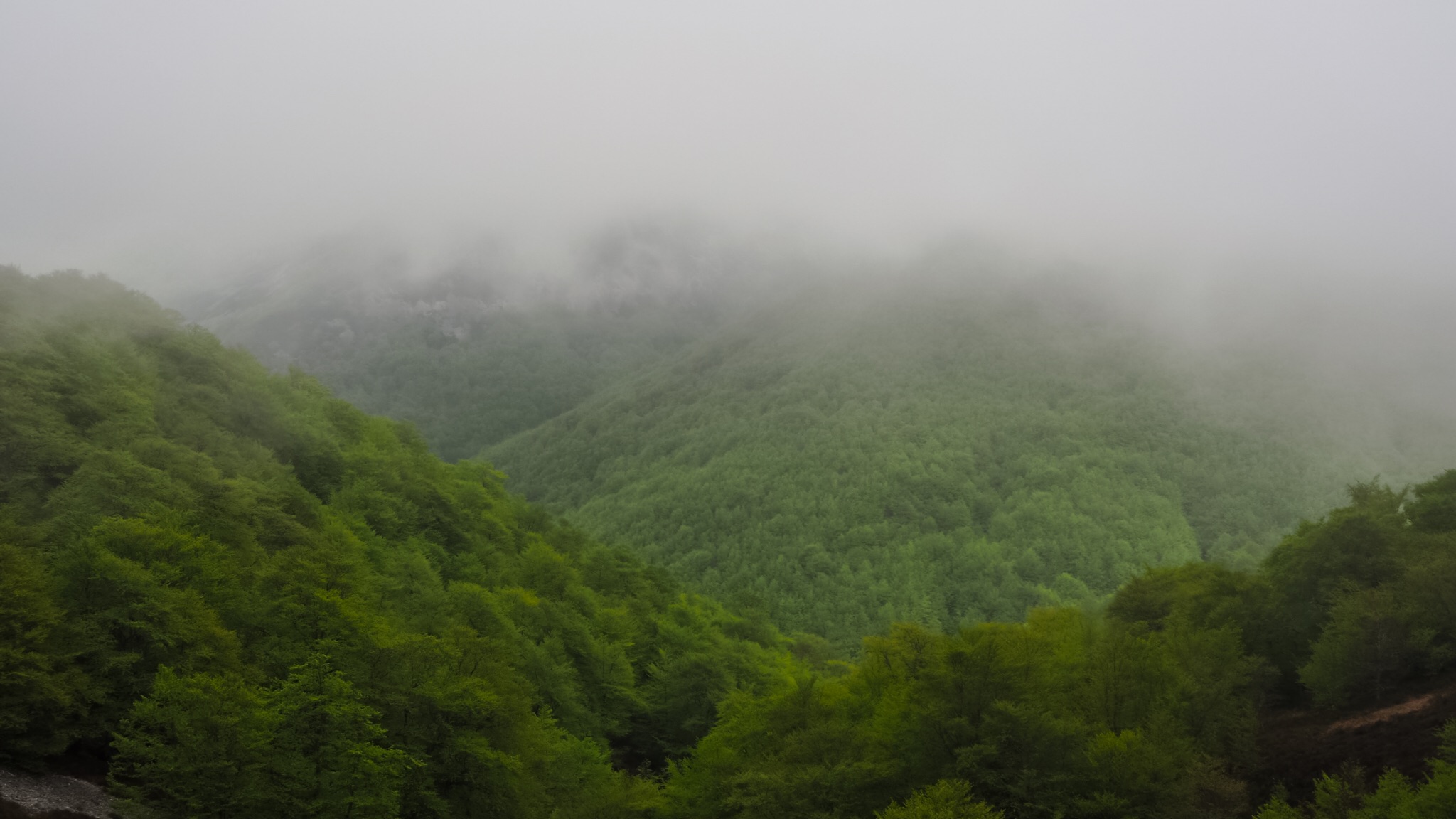 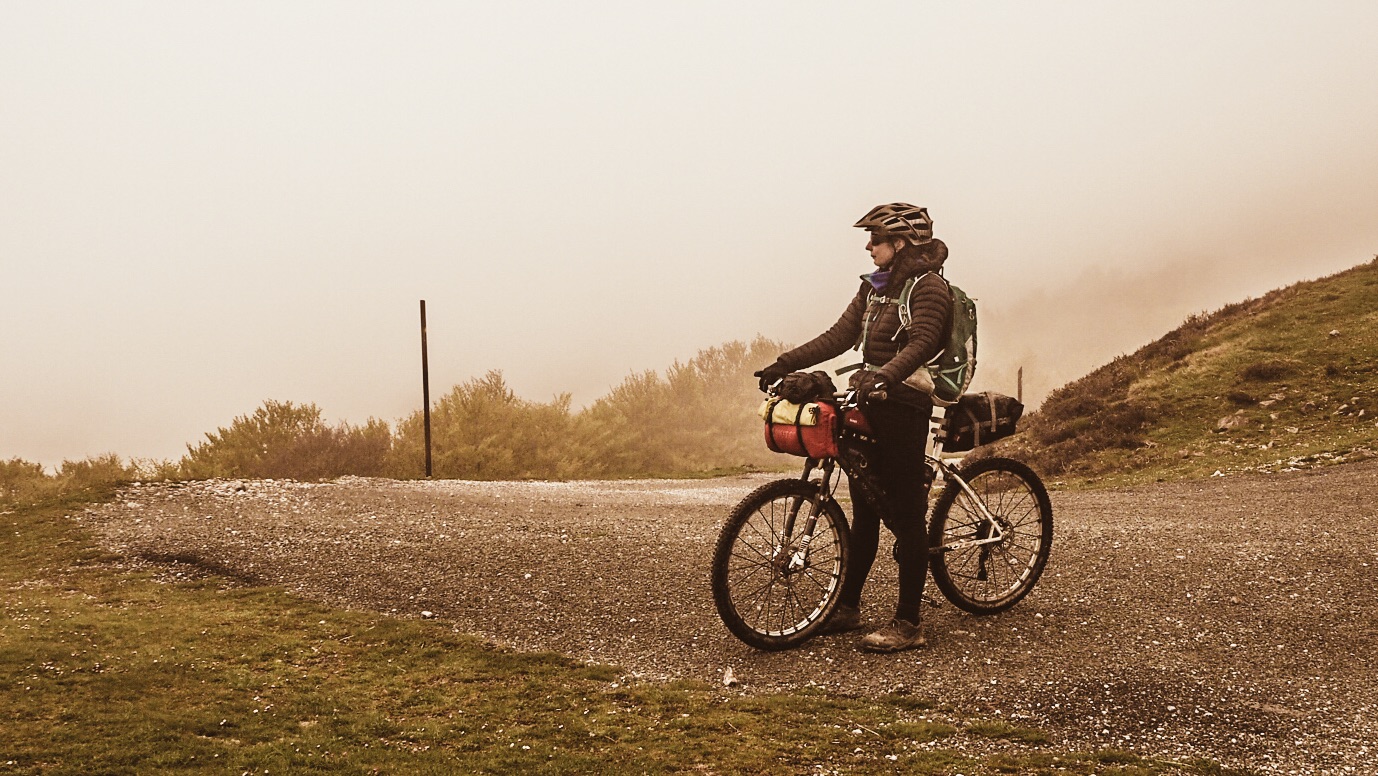 On realising that we were still right in the middle of nowhere and that the thoroughly British tea shop at the top (or bottom) was not a concept that had reached these parts, we settled into the idea that there would be no lunch today, not for us anyway…

“Er, Gez, those vultures you were taunting? I think they are still following us”. 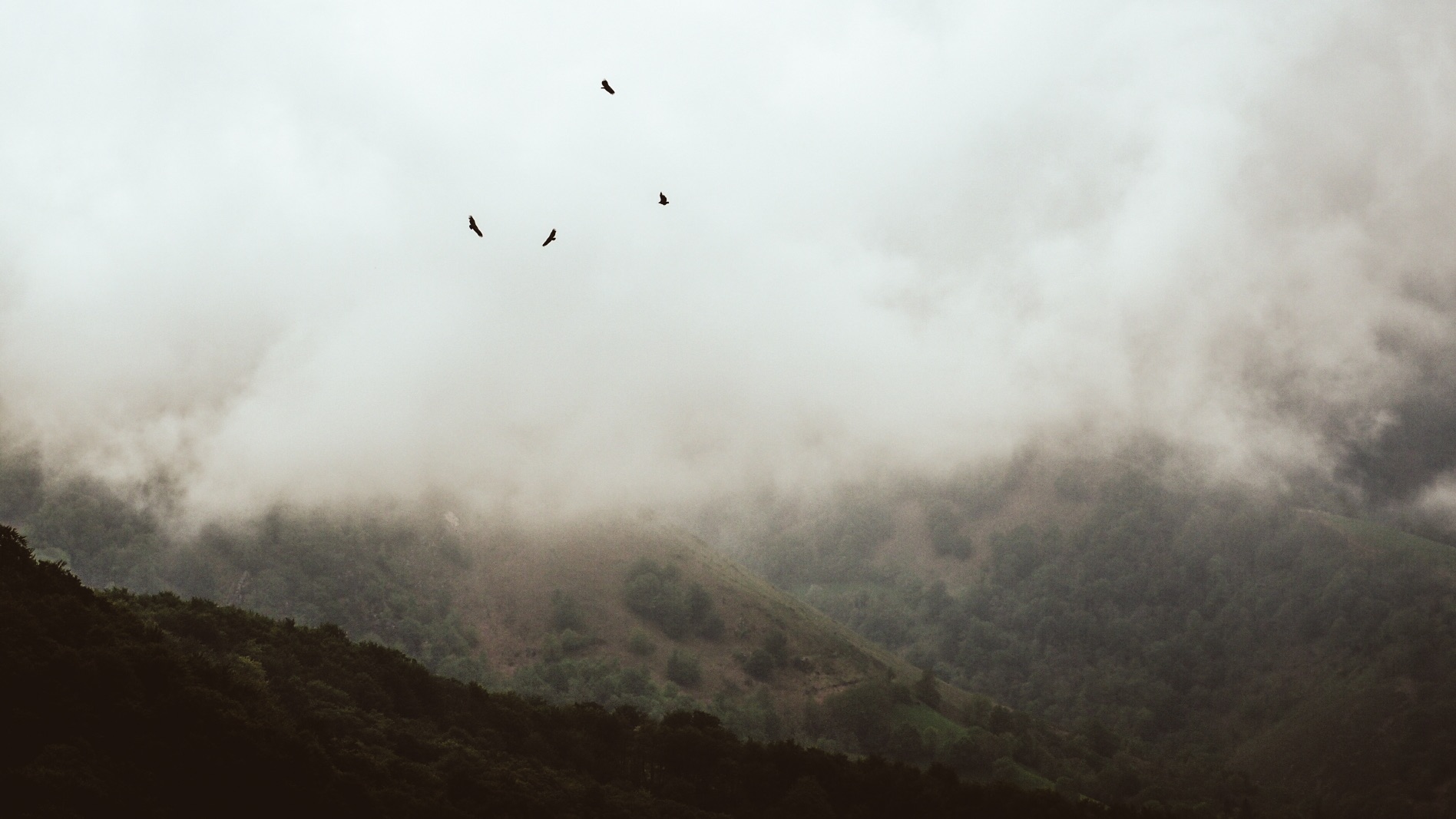 Pedalling with renewed vigour we descended into France. The first sign of civilisation we encountered being an artisan sausage shop, we stopped. Arriving too late for lunch (we are definitely in France now), we stocked up the rucksack pantry, certain there would be more shops in the village.

The moral of today’s story is always stop at the sausage shop because the man who runs the village shop may be too hungover from Sunday to open and always read the extra messages from your host before exiting the building.

Yo hr salido a trabajar a Pamplona.