While we successfully dodged the big thunderstorm the other night, we were always going to get caught in the bouts of of rain that were due to follow it for several days. 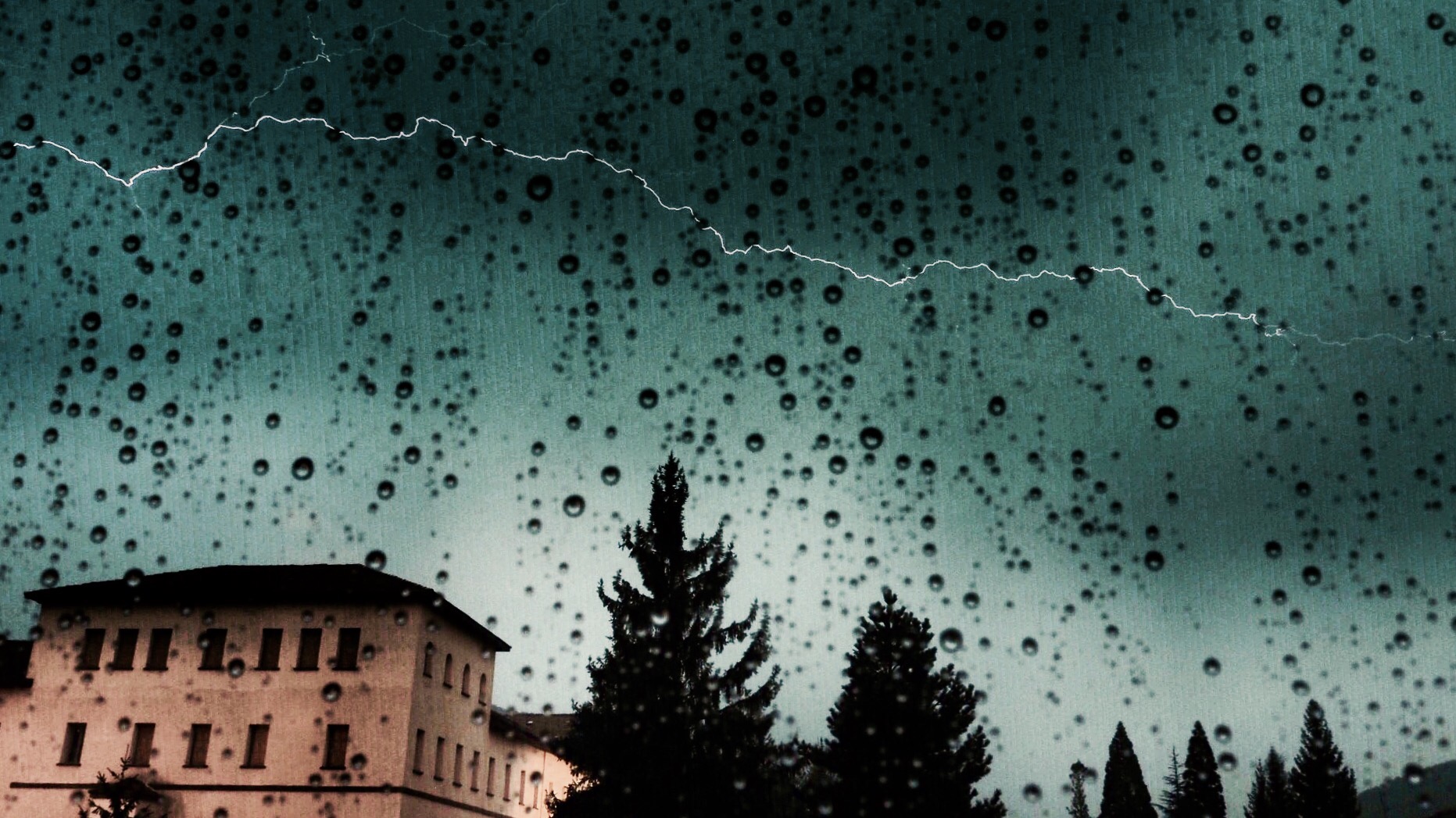 Today was one of those days.  It was raining when we woke, still raining when we left the campsite at 8am and continued to rain for hours. It was proper lumpy wet rain, the kind that sounds a good thump when it hits something, not that tippy-tappy drizzley Welsh stuff.  It would run down my waterproof hood and drip consistently into my nose or mouth, whichever I was trying to breathe through at the time.  This went on for hours, as did the climbs. 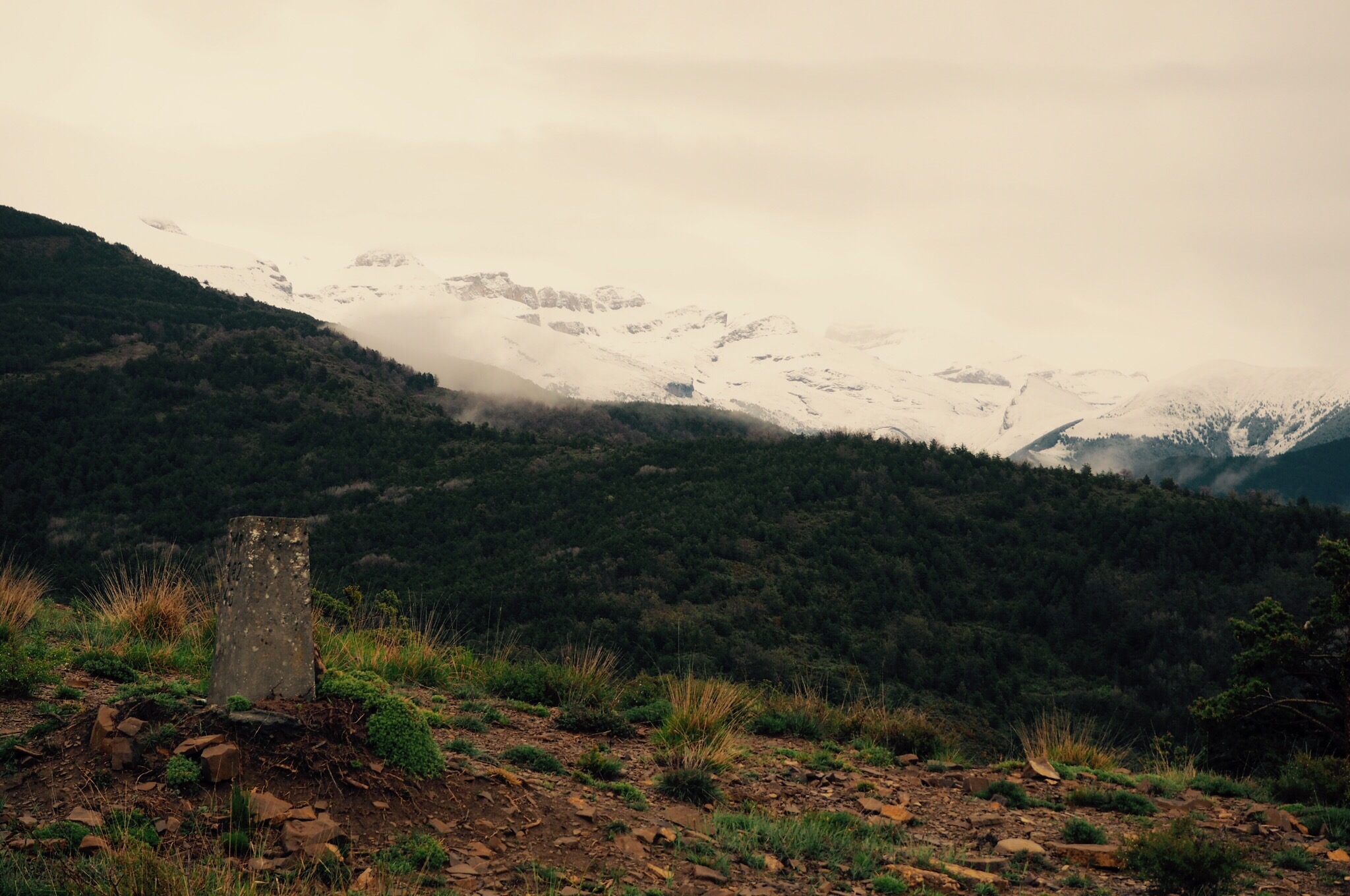 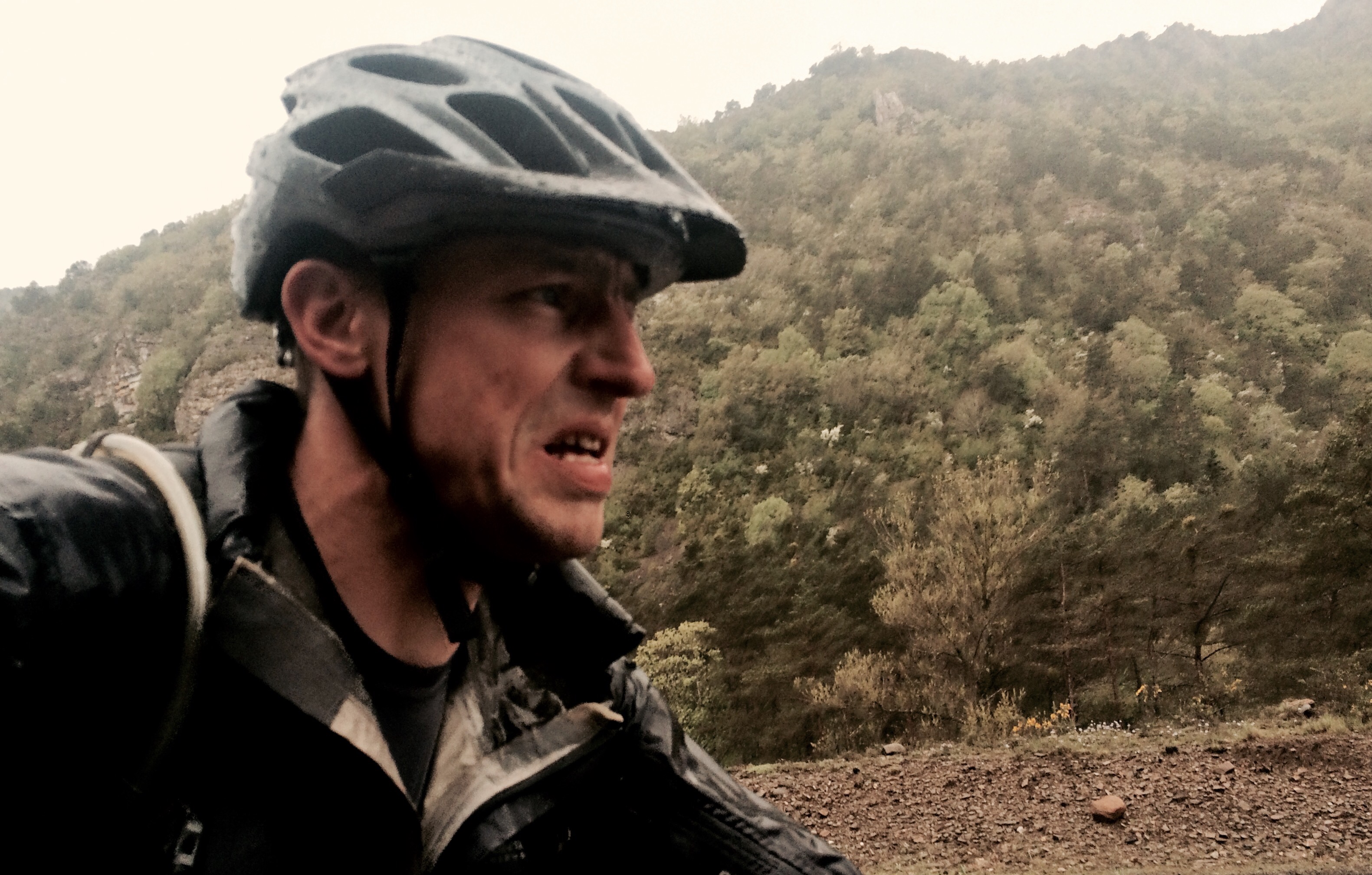 We left Castillo de Jaca fairly early.  We tried to stop for coffee at several places but everywhere was closed, so we made pretty good time through the day.  At around midday we stumbled on a warm and dry bar. Yes.. 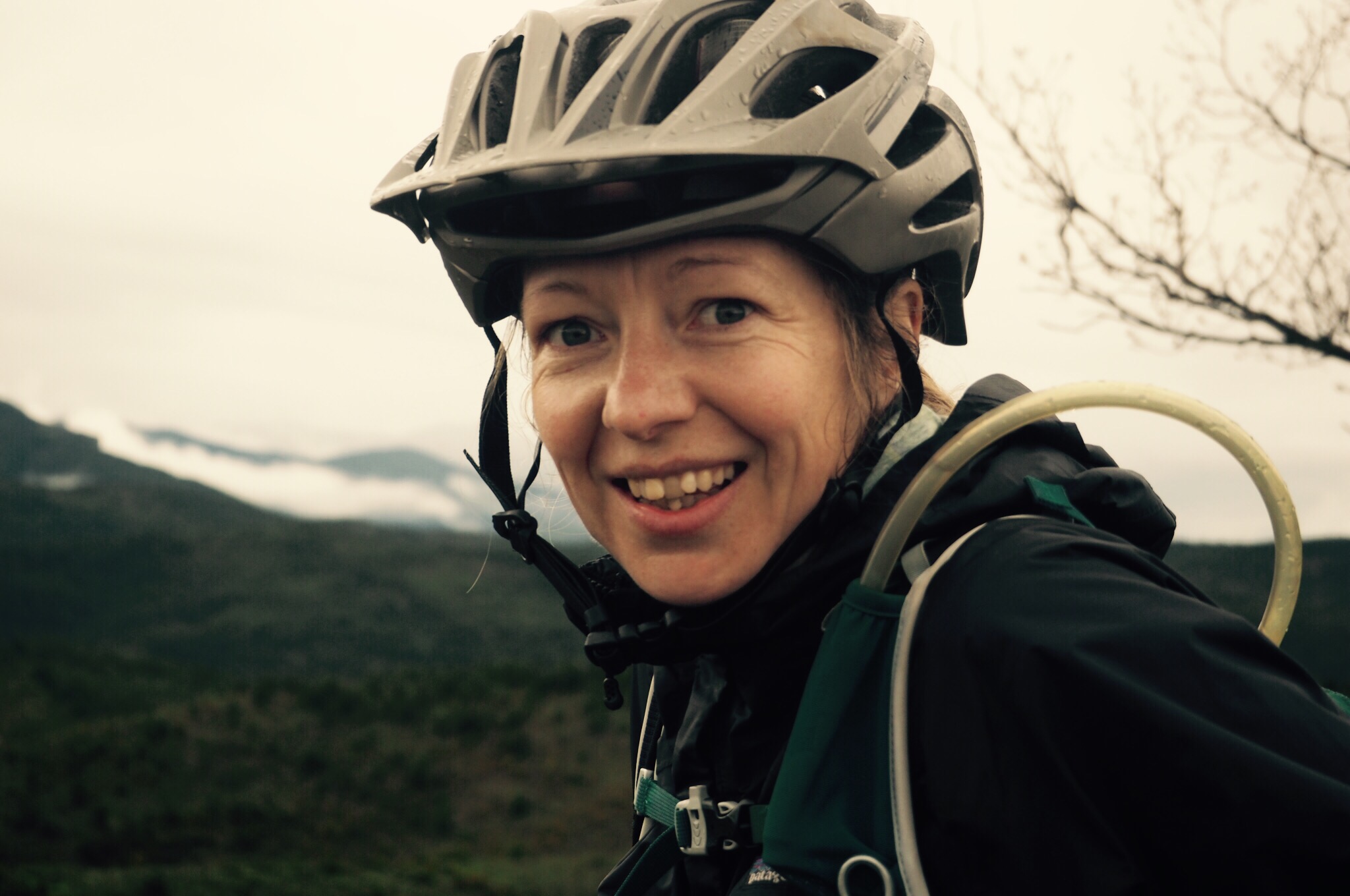 We set up our pop-up Chinese laundry in the corner and ordered coffee after coffee.   The chalkboard menu offered a dozen different types of ensalada  espagueti. As we hadn’t had dinner the previous night I tried to order all twelve ensalada espagueti dishes, but was disappointed to hear that he wouldn’t be serving lunch until 2pm. Judging by the gestures, he wasn’t even sure about that.

We clearly looked hungry, 30 minutes later he produced two big slabs of lasagne just for us. The rain had eased off to an occasional drip. Refueled and recaffinated, we headed out again in the few remaining dry clothes we had… 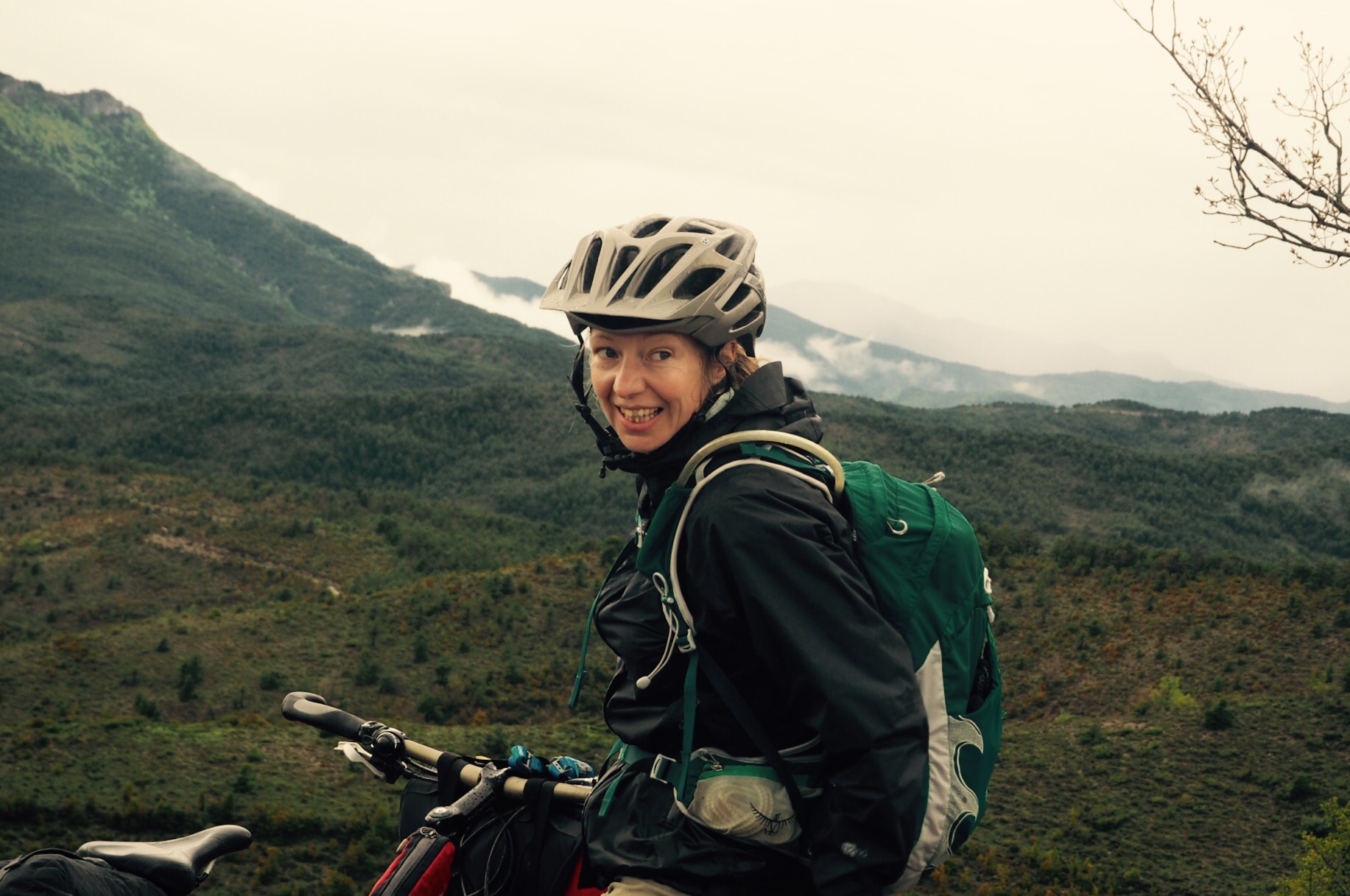 Over the next couple of hours our waterproofs shrugged off the showers that came our way, no problem.  We dropped out of the mountains on yet another pleasant long descent along a gorge, hit the ‘main’ road and headed north to Hecho, or as our comical cartographer marks on the map, “Hecho Echo”. 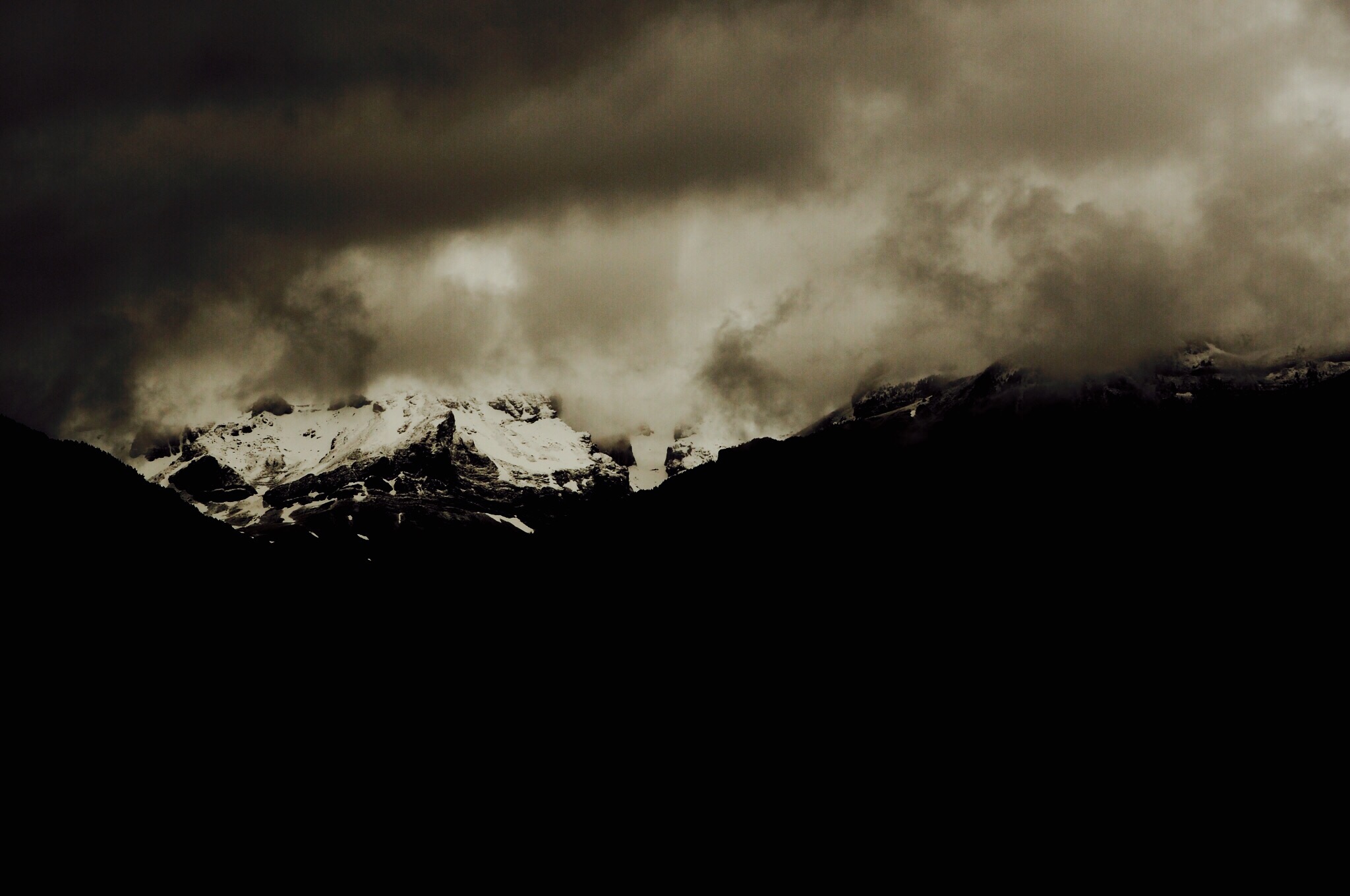 Just 5km to Hecho the heavens opened again.  We were both a bit slow getting suited-up so all our  remaining dry clothes got soaked. 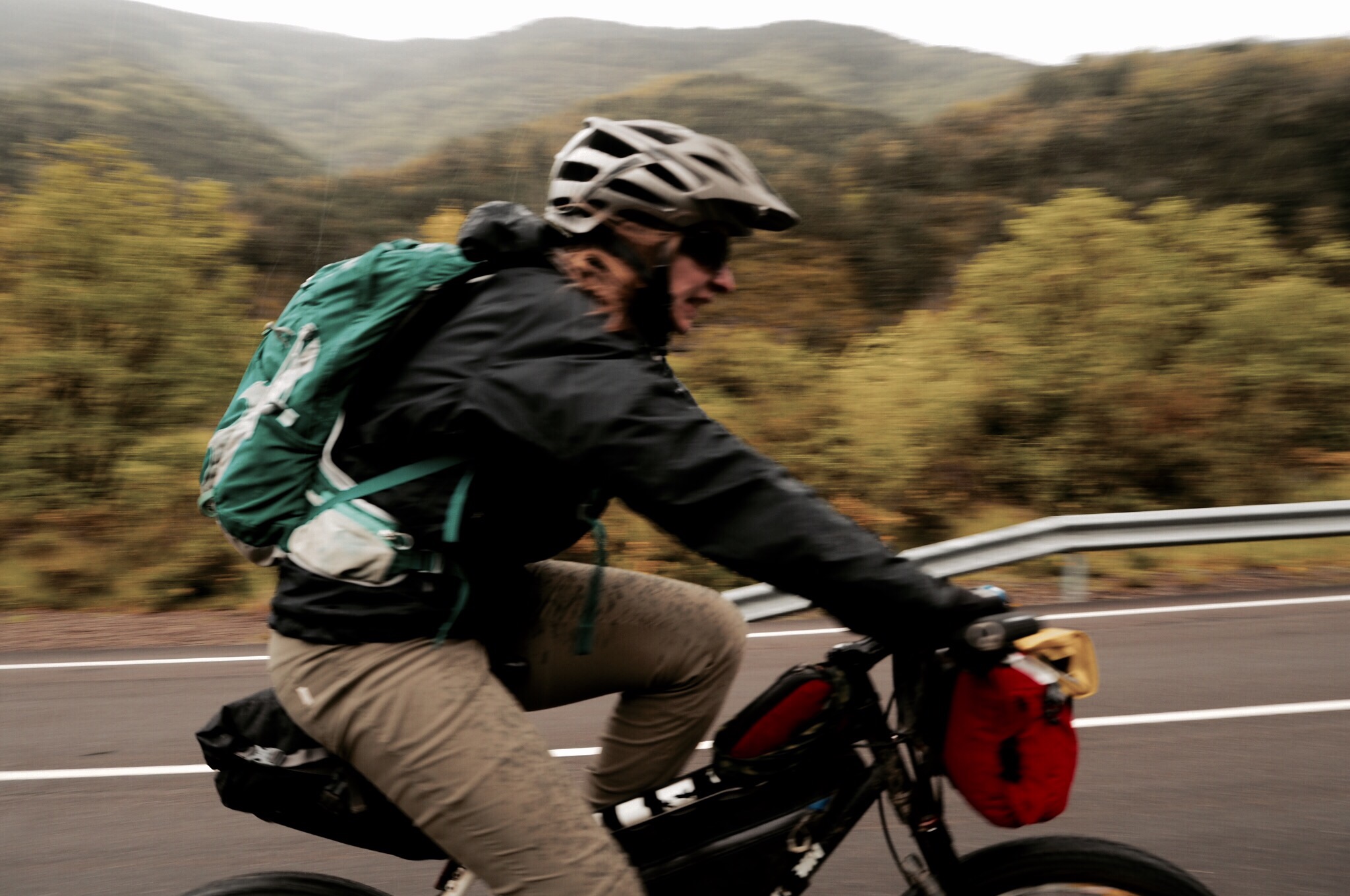 Once we reached Hecho we checked into a cheap (and barely standing) hotel, stress-tested the hairdryer’s clothes drying capabilities and we are now sat on the terrace sipping slightly-too-warm Estrella. 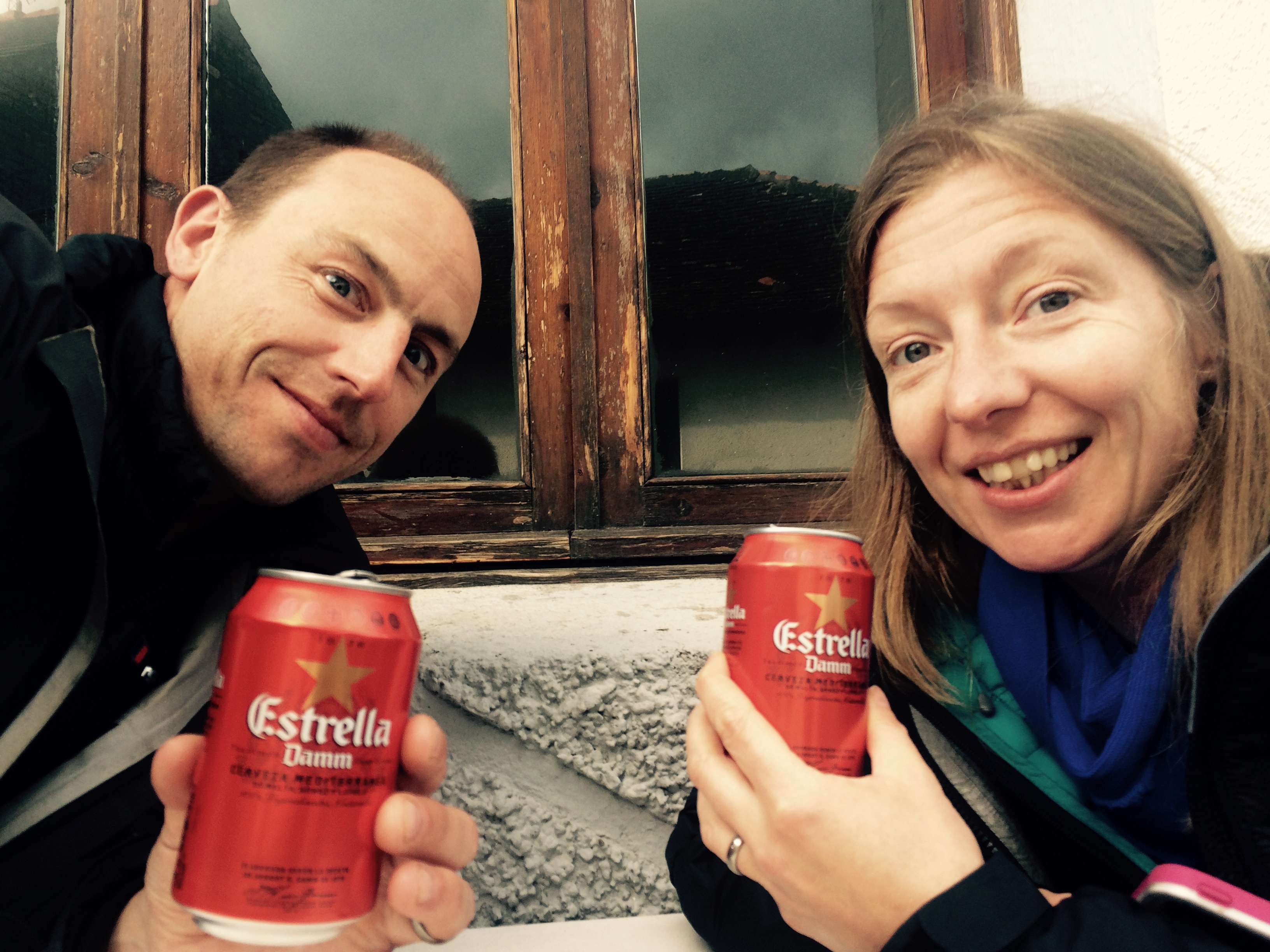