We took our time in Antananarivo, carefully planning where we would go and how long for. Following some local advice plan A (heading south on the RN7) went out of the window.

Enter plan B, the notorious RN5.

It started well, we navigated Antananarivo without encountering any of the issues that the UK foreign office travel advice website had convinced us we should worry about.

This was going really well, too well in fact.

Maybe now is a good time to mention that every place on Madagascar has at least two different names, sometimes three. If you are trying to keep up with us on a map this might get tricky! 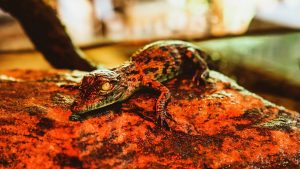 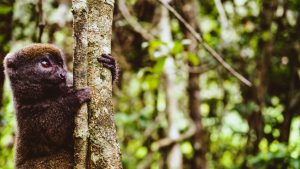 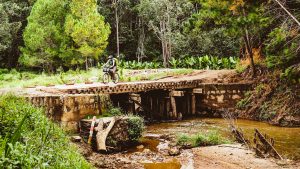 Andasibe was our first real park and what a first choice. If you have the money you can stay in Vakona Forest Lodge. It’s certainly not five star by UK standards but when you have been living out of your rucksack for 7 months the quality of accommodation is amazing and the food is exquisite so we allowed ourselves one night of luxury before moving on.

Did we mention the strong French influence in Madagascar not only means that we can talk with the locals  but that the food is a fantastic fusion of Malagasy, African, Asian and French…?

I am sure you can imagine just how happy two hungry cyclists continue to be about that.

I digress, Andasibe, you should go, it’s amazing. 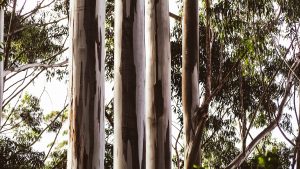 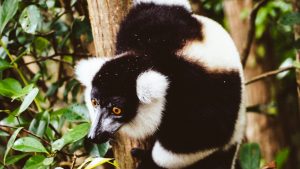 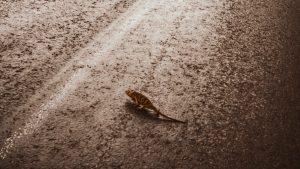 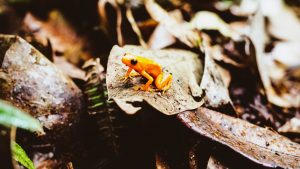 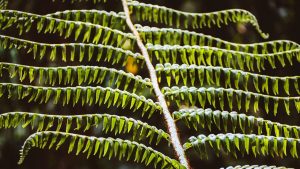 From Andasibe, following the odd night’s sleep in ant’s nest populated mattresses and more than occasional lack of running water, we reached the East coast and Tomasina (also known as Tamatave) – A run-down port town with all mod-cons including plastic waste on the oil-stained beaches. From here we head north in search of red ruff lemurs. Riding 50-70km per day in 30+ degree heat with little or no shade is quite tough when there is no running water at the end of the day. By the time we reached Soanierana Ivongo I was more than ready for a working shower. What we found were closed doors and cockroaches.
Sleepless night over, we made our first attempt to get the boat north to Maroantsetra, home of the Red Ruff lemur. Attempt number one was greeted with the information that the boat was delayed. Our second attempt, one week later following a pit-stop on Saint Marie (also known as Île Sainte-Marie or Nosy Boraha) involved another sleepless night for Gez and watching a bleary eyed boat skipper brush his teeth at 5.30am before being told that the boat would not sail for another six days… maybe.

One thought on “Mora Mora”