Crossing the Cambodia/Thai boarder on bicycles was easier than we had been led to believe. It seems that crossing borders on funny looking bicycles is a good way to avoid scams and pitfalls that are so commonly discussed on the internet. I’m sure we skipped a couple of queues as well.

Slightly underwhelmed by the lack of excitement, we avoided the brightly-coloured disco busses and headed straight for the coast to the south, with a little help from a man with a 4×4 who has clearly never played Tetris (cramming bikes in the back was interesting).

We decided that a quiet bit of Thai coastline would be a good spot to see in the new year. It was’t bad, but I think we’ve confirmed that neither of us are really that into sitting around on a beach.

The same can be said for big cities, but my replacement wheel had been carefully transported from the UK (massive thanks to Amy and Nick) and was safely nestled in the darkened store room of a Bangkok hotel.

I had been looking forward to riding my bike properly for the last 1500km. Riding off-road with one eye on the back wheel, the other scanning the trail ahead for the smoothest path is really tiring. On the plus side, my terrain reading skills have improved significantly – Gez has even commented that I can (if the mood so takes me) pick a better line than him (double air grab, high-fives self).

You had a wheel shipped from the UK?! Yes, I know it sounds bonkers. This bike is the first bike I have absolutely loved riding, largely due to the geometry and balance of the bike being just right for me. Although badly cracked the Mavic Crossmax wheel was clearly capable of doing 1500km – I will be needing that level of reliability when we hit Nepal, so a cheap (and heavy) Chinese machine-built wheel just won’t do!

Fortunately for me, picking up a replacement on eBay and having it brought over by friends was fairly easy and cheap to sort out. Perfect.

From the bar on the 64th floor of the Banyan Tree tower, the view over Bangkok is impressive but you can clearly see the air pollution that shrouds the city. At street level you can taste it, up here it provided us with an other-worldly sunset to accompany our overpriced Gin & Tonics.

Noise, Traffic, Inflated prices and that smell. It was definitely time to leave Bangkok. After a quick technical faff with the wheel, a dash all over Bangkok aboard the warp-9 canal boats, taxis and monorail to find a missing cassette spacer, we plotted our escape north through ancient cities and UNESCO sites.

We’ll spare you the details of our escape from Bangkok, let’s just say that Chuck Norris wouldn’t have made it.

Our route through Thailand took us north passing through Ayutthaya and Lopburi, up to Den Chai, through Phrae and around the countryside of the North, before turning south again to Sukhothai and then West through Tak to the border with Myanmar as Mae Sot/Myawaddy.

Gez & I both agree that we would have enjoyed Thailand more 20 years ago, which makes our next destination even more exciting… 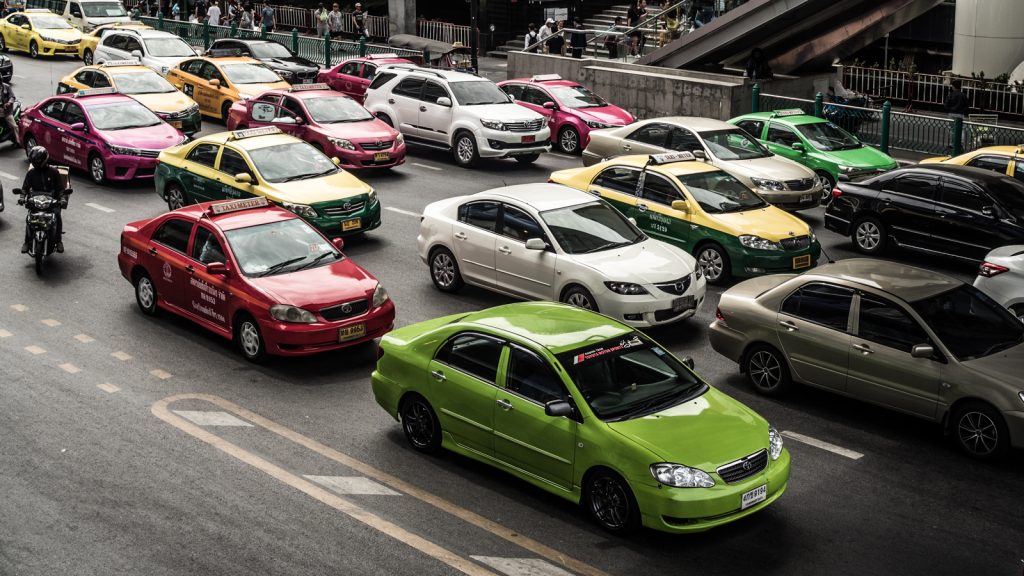 Bangkok river taxis, one of the quickest ways around the city 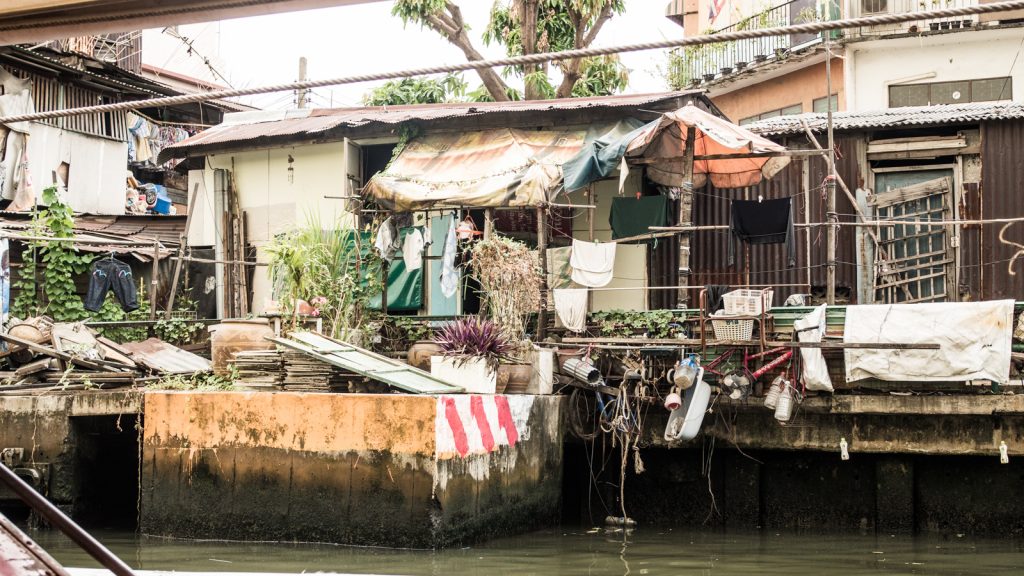 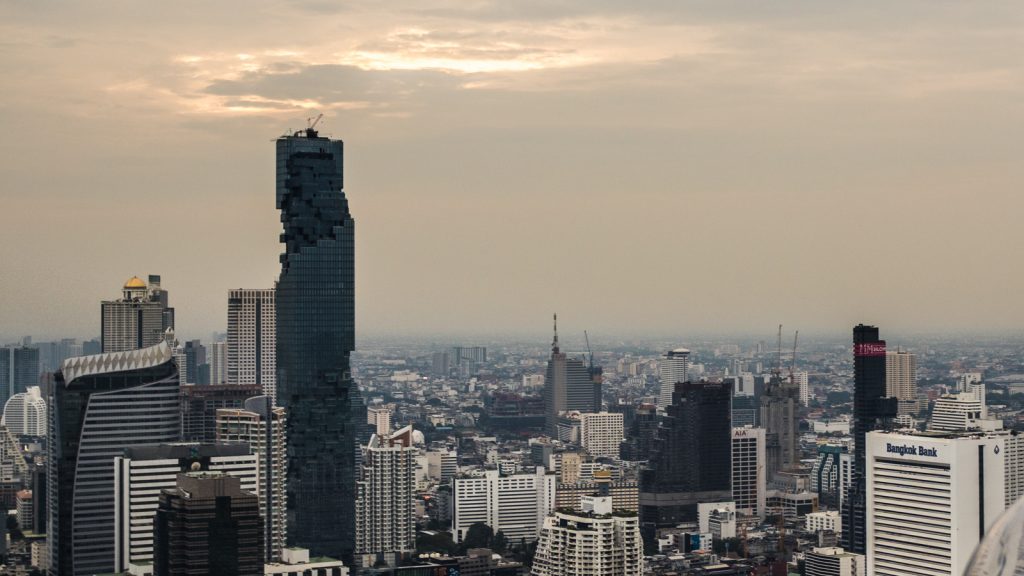 View from the 64th floor of the Banyan Tree 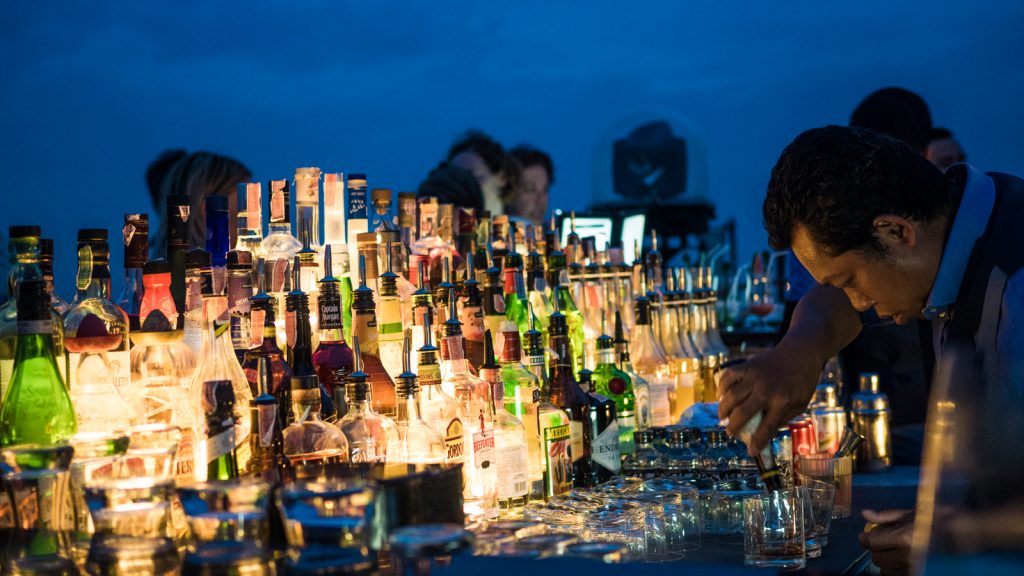 Bar at the top of the Banyan Tree.  At their prices, you’re looking at around £4k of booze in this photo. 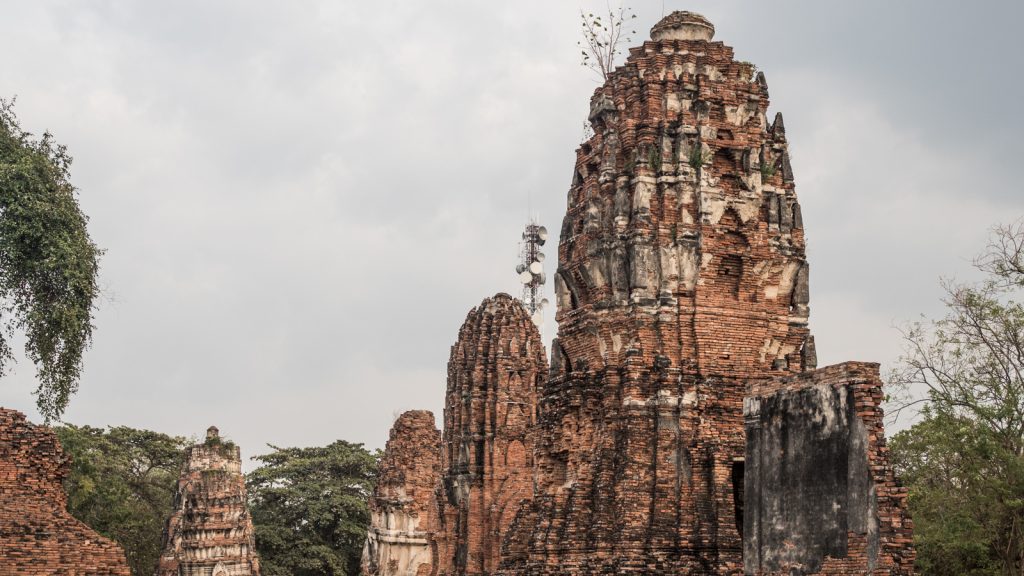 Ruins at Ayutthaya.  Plus phone mast.  At Angkor Wat in Cambodia, some of the phone masts are disguised as palm trees. 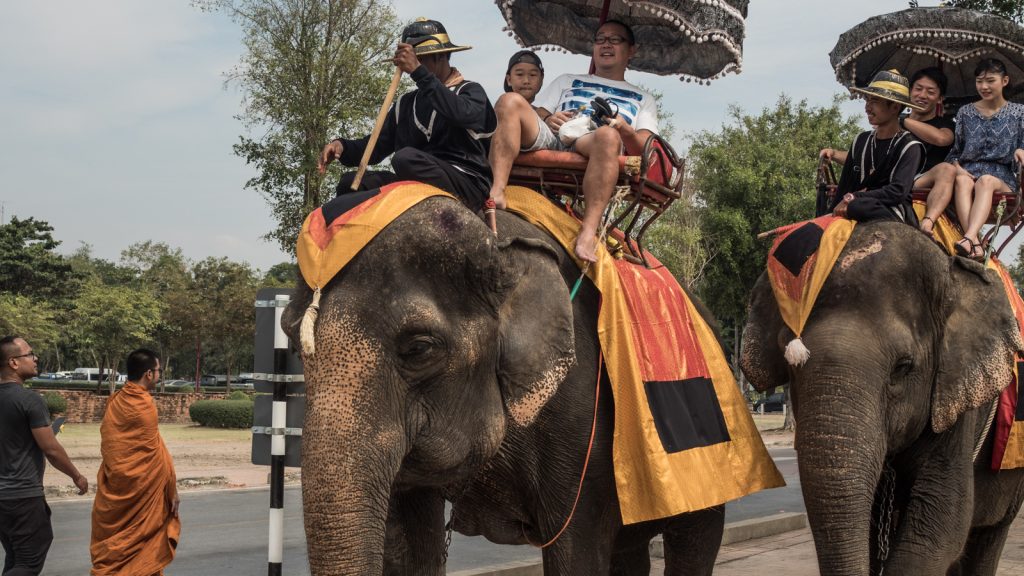 Monitor lizards, roaming around Lumpini Park in Bangkok.  These guys are really chilled out, despite various media stories about the lizards being ‘out of control’ and a ‘threat to [x/y/z]’, ‘scaring tourists out of the city’, ‘growing to 12ft long’ and so on.. I guess that’s the Thai version of the Mail or Express. Monkey business in Lopburi, where the people and the monkeys live in harmony.  Well, kind of.  Keep hold of your shopping. 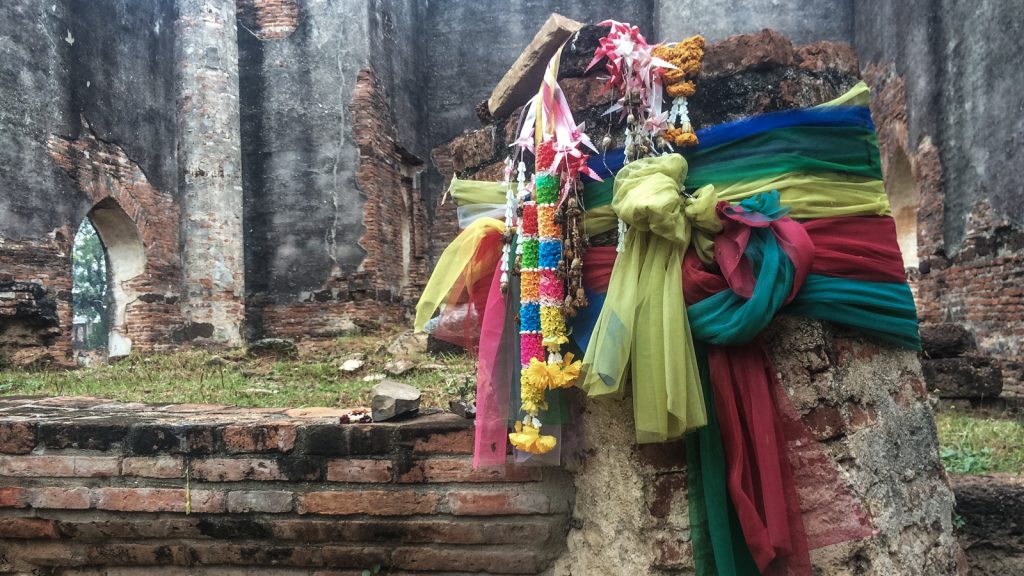 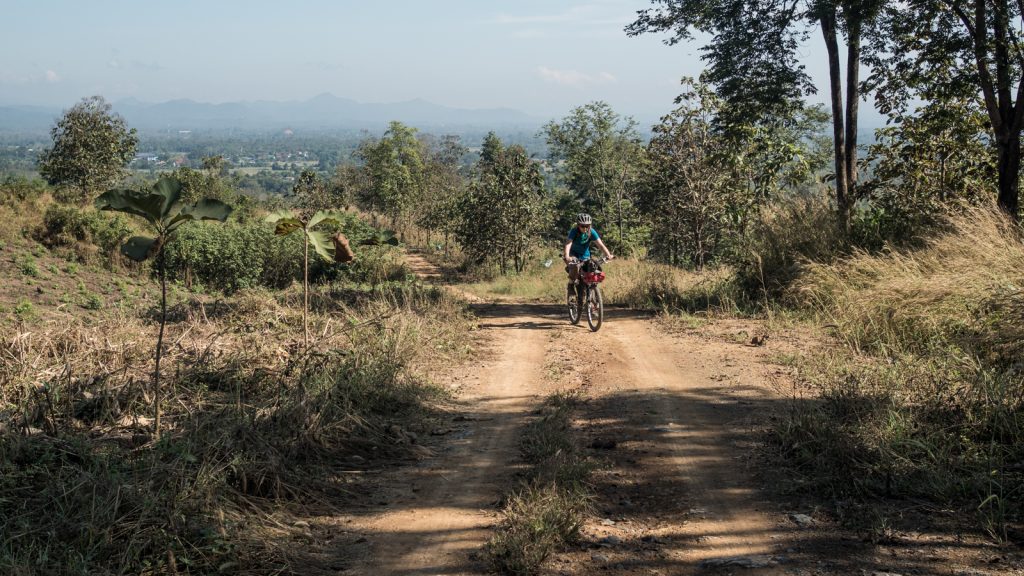 Northern Thailand, so nice to find some hills again 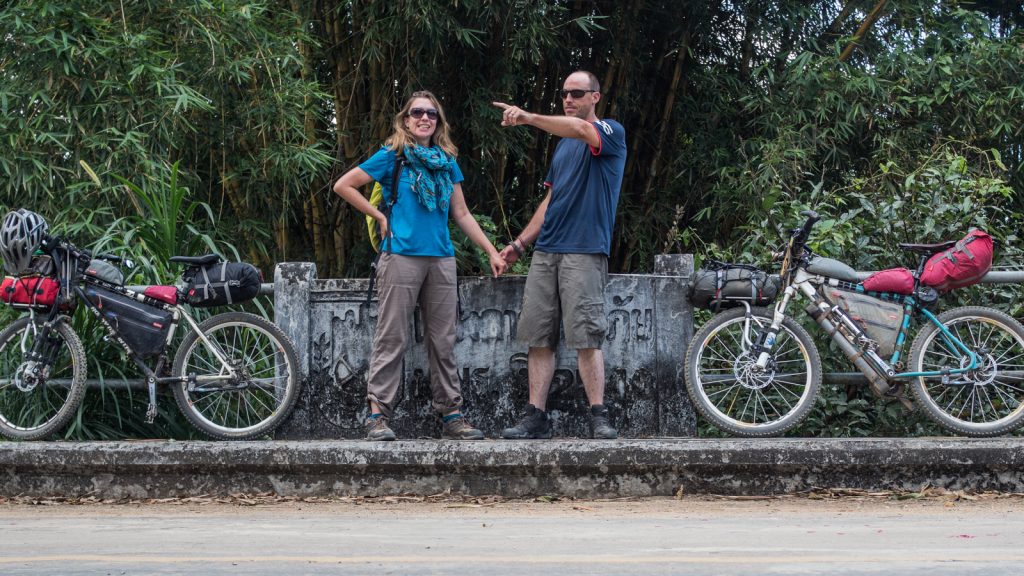 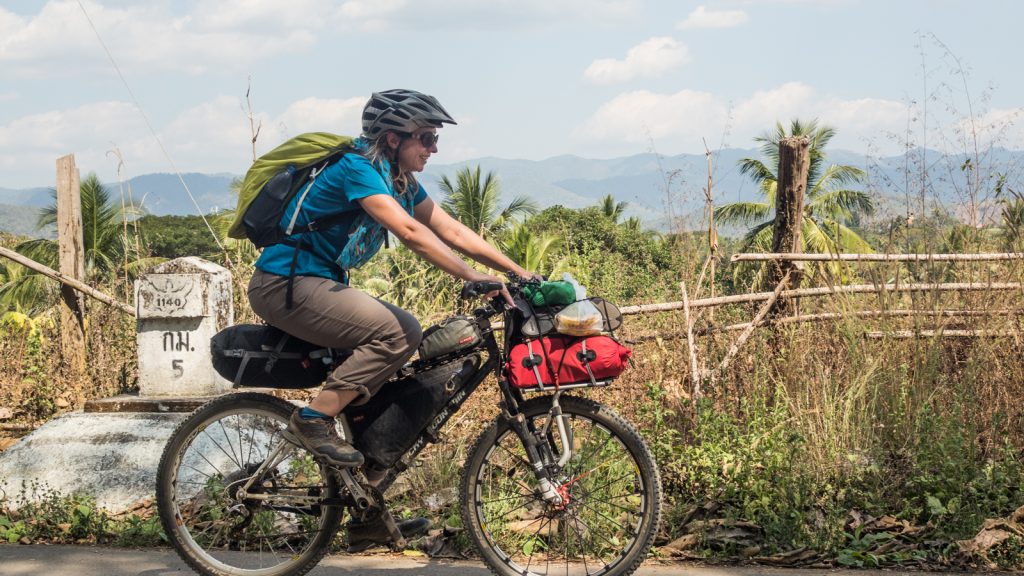 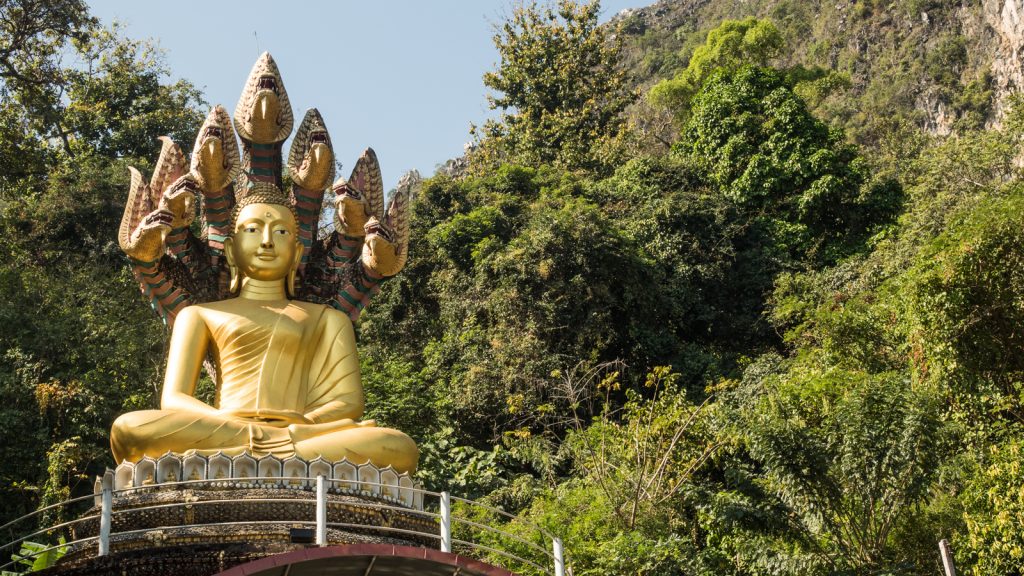 One thought on “Bangkok. Off.”