Following an advanced course in contortion …picture 35 people squeezed into a burnt out minibus in 36 degree heat, now add several tonnes of luggage to the roof and throw in a few live chickens. Hotwire the ignition, drive for 8+ hours without a break, slow down occasionally to squeeze a few more people in and or avoid the gaping holes in the road and voila you have an accurate mental image of a Madagascan taxi-brousse ride…

We decided we needed to find a different way to travel. We even considered blowing the rest of our dwindling budget on some internal flights…

Thanks to a conversation with some other Vahzas (Malagasy for foreigners) the next two high speed legs of our journey were significantly more comfortable. Cotisse mini busses from Tamatave to Tana and Tana to Fianarantsoa are the most comfortable forms of transport we have found – go VIP when you can. Obviously this is a distant second to riding our bikes through this amazing landscape but time is short, hotels are few and far between and Madagascar has a lot of lemurs.

Cycling into Ranomafana from Fianarantsoa was breathtaking, from the red brick fields and giggling children, to the curious locals and brightly coloured birds on the edge of the jungle, culminating in one of the best downhill rides so far this trip, I loved every minute of this route.
I was even happier when we found a hotel for the night with bungalows by the river and hot running water.
The following day was spent rummaging around in the jungle in search of lemurs.

It was only after some very informative discussions with the incredibly friendly scientists at Centre ValBio and some very strange tasting tea on the way back down the hill that Gez discovered that he had been today’s walking buffet for the local leeches. 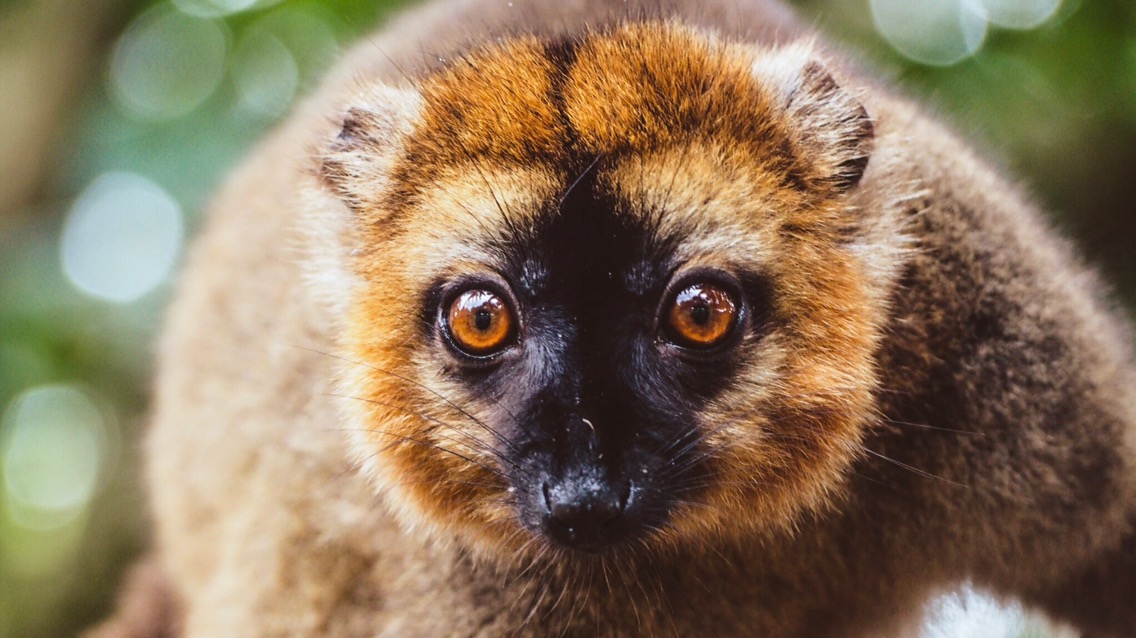 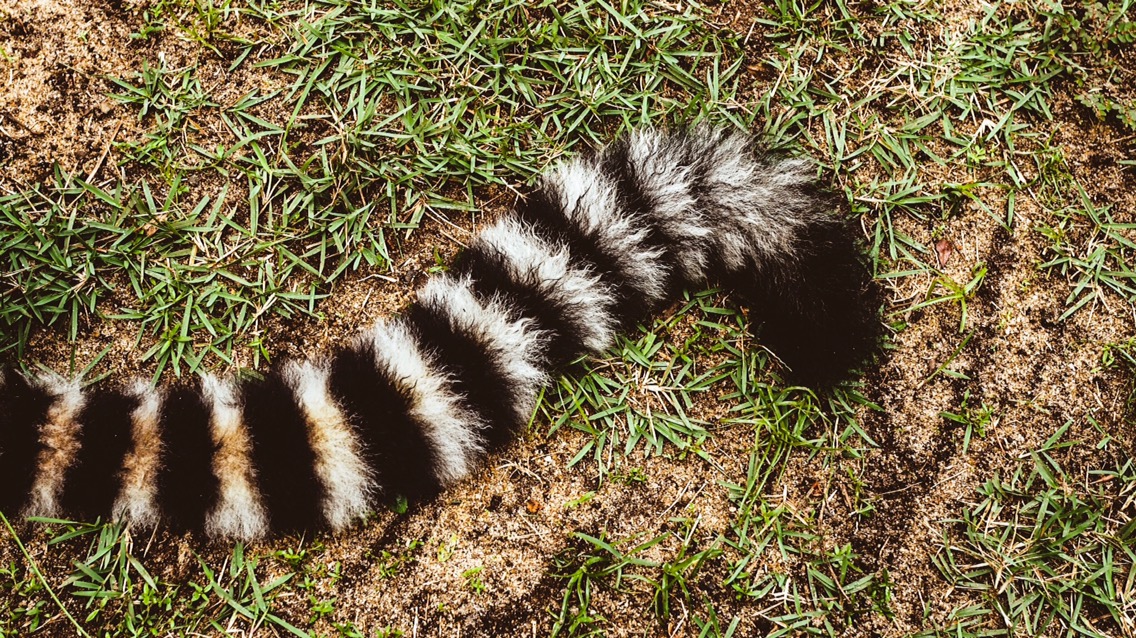 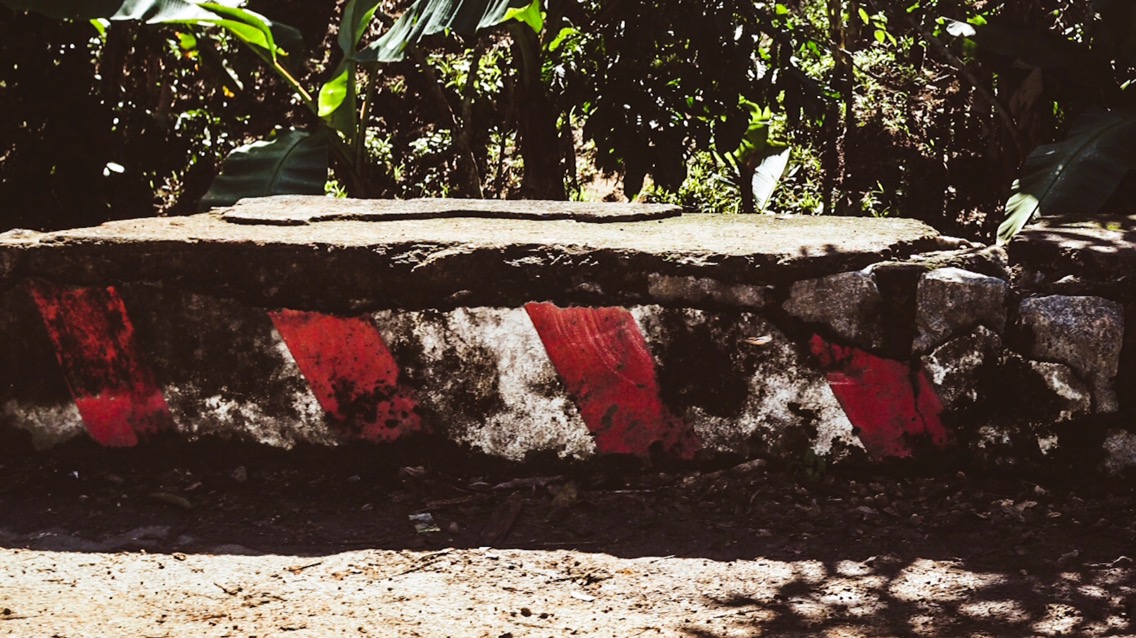 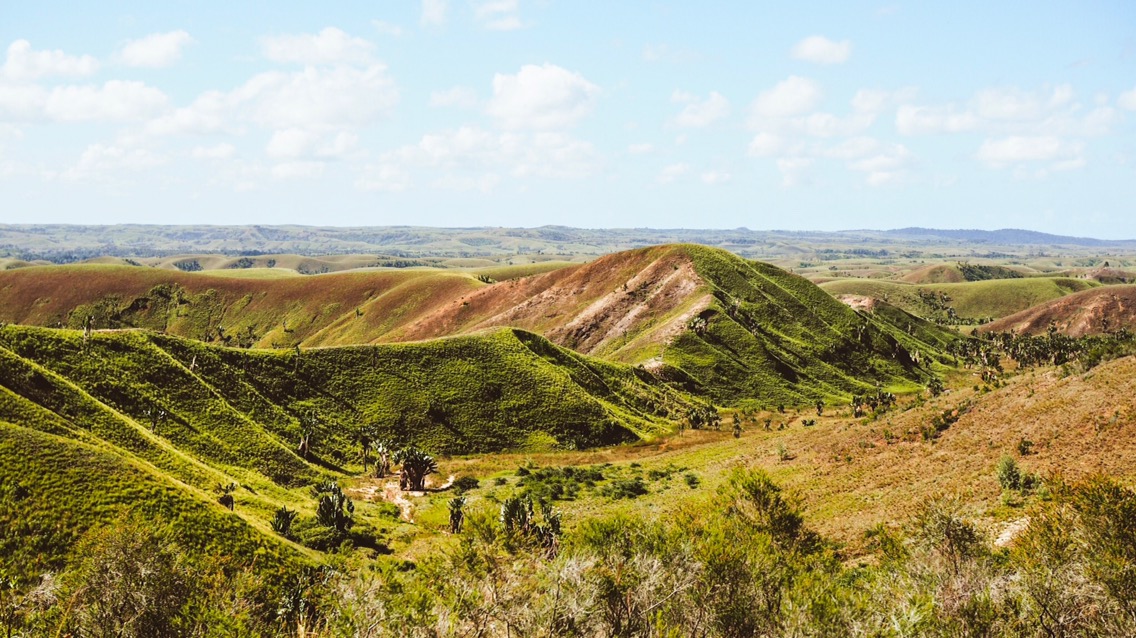 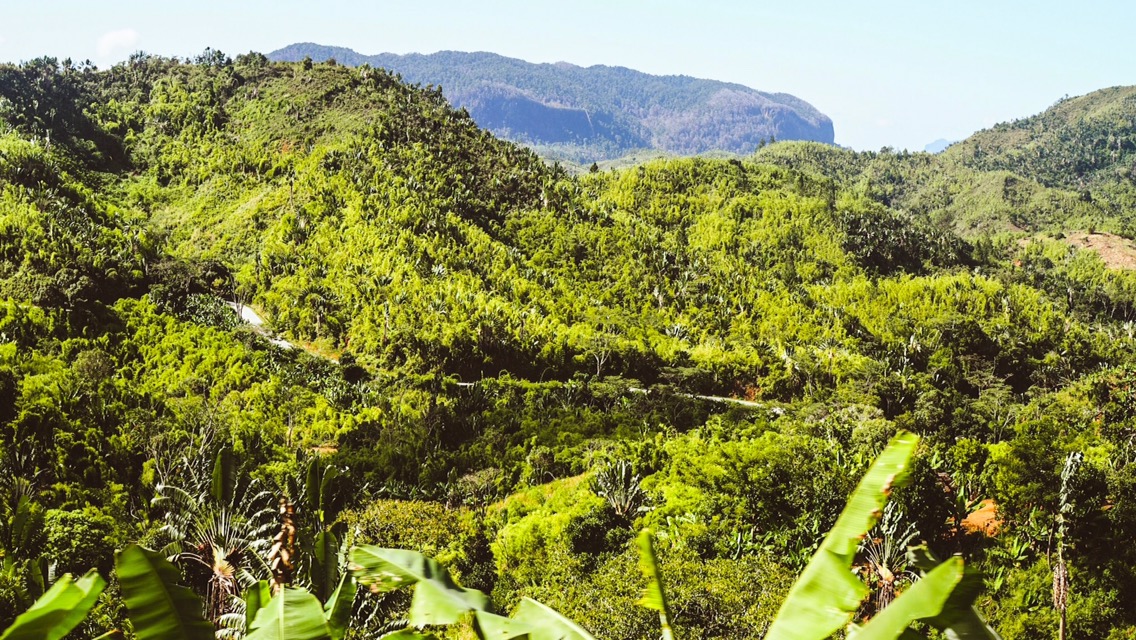 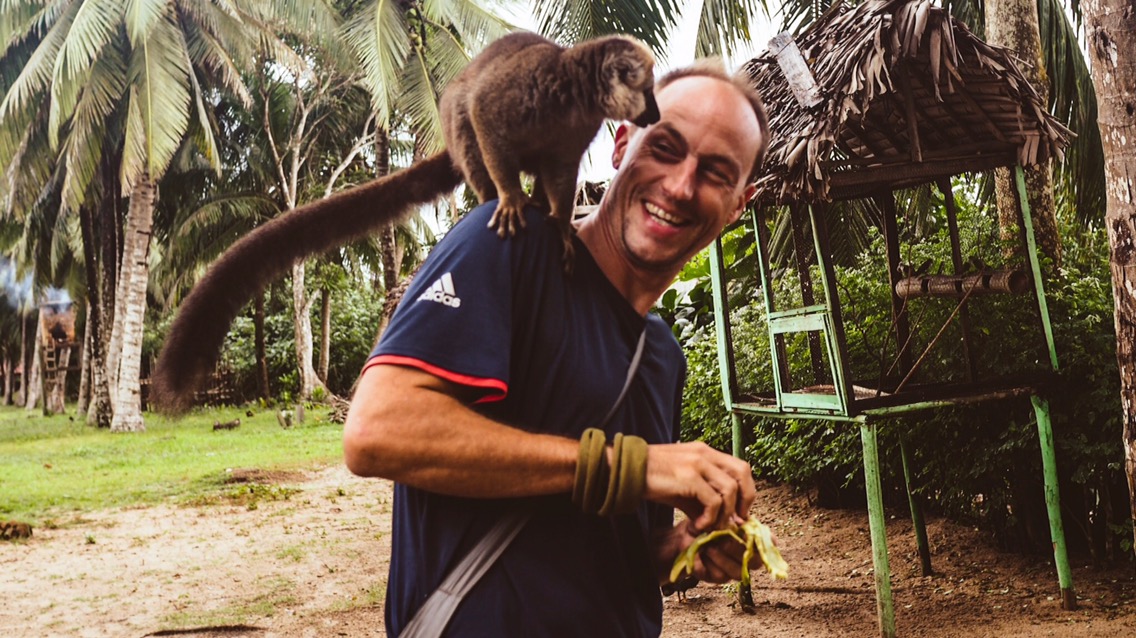 Next stop Manakara to catch the jungle train and with 179km between hotels we decided to commandeer some faster transport. The private car we thought we had hired turned out to be an empty taxi brousse with a crew of three incredibly happy taxi brousse staff who were clearly very much looking forward to an easy day and an afternoon by the sea. 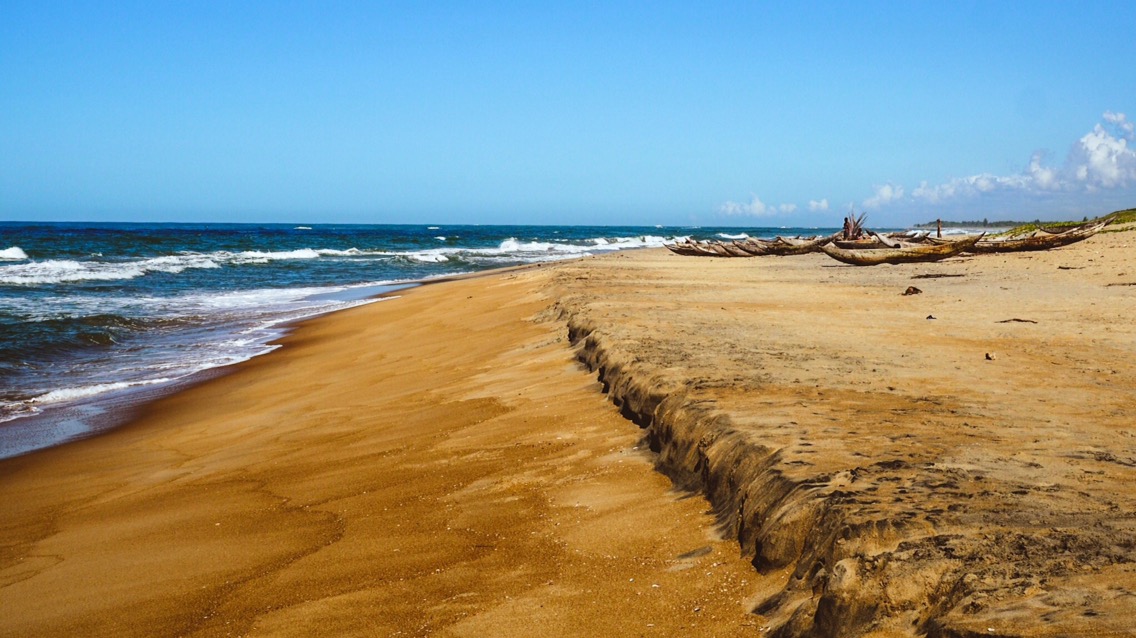 The jungle train runs from Manakara to Fianarantsoa ever Sunday and Wednesday, in theory.
We have been enjoying the sites of Manakara for over a week now (being serenaded by the crew of our Pirogue was amazing) and still no train. 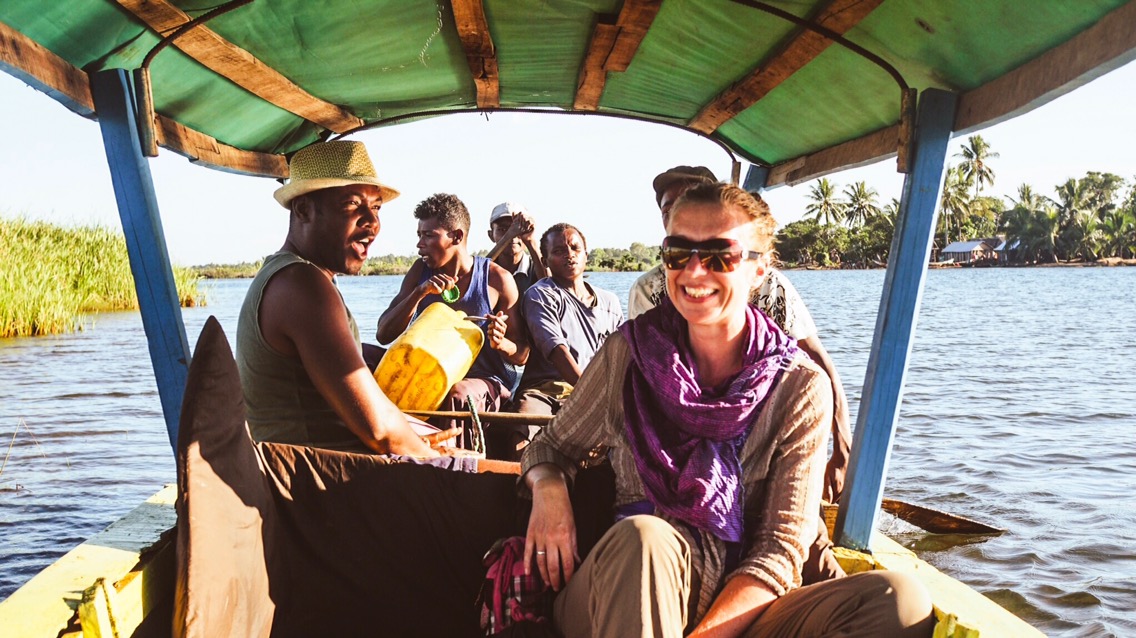 Mora mora is Malagasy for slowly slowly, and unless you have a lot more money than we do mora mora is the way of things.

Having found a very nice room in the Partheney Club between the canal and the sea (lovely gardens, European standard bathrooms and great food) we are still holding out for the jungle train. 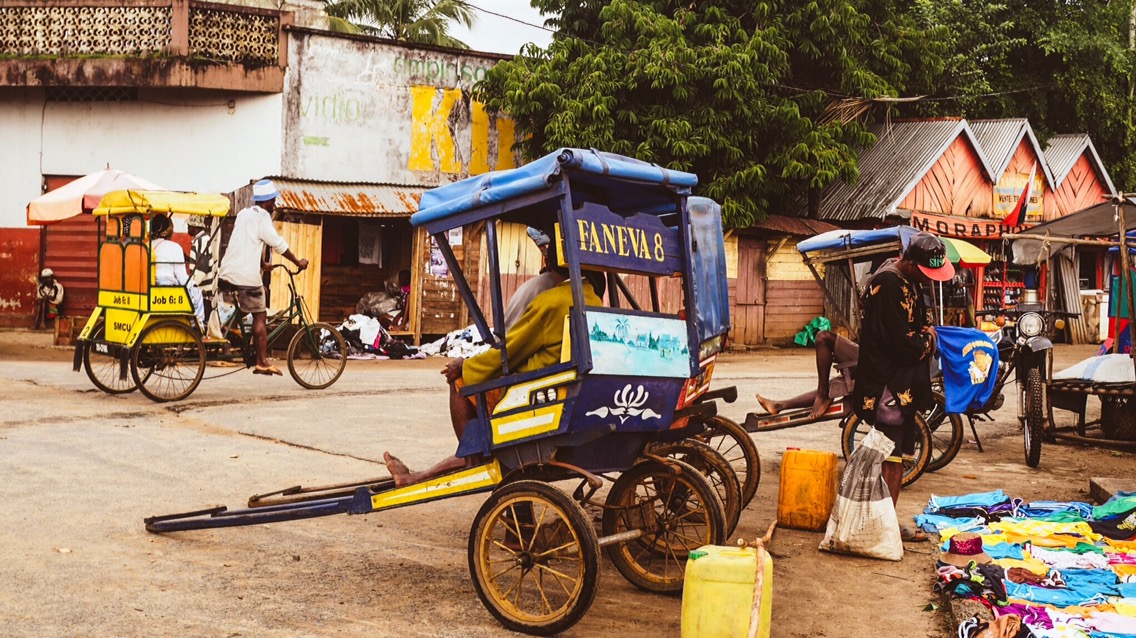 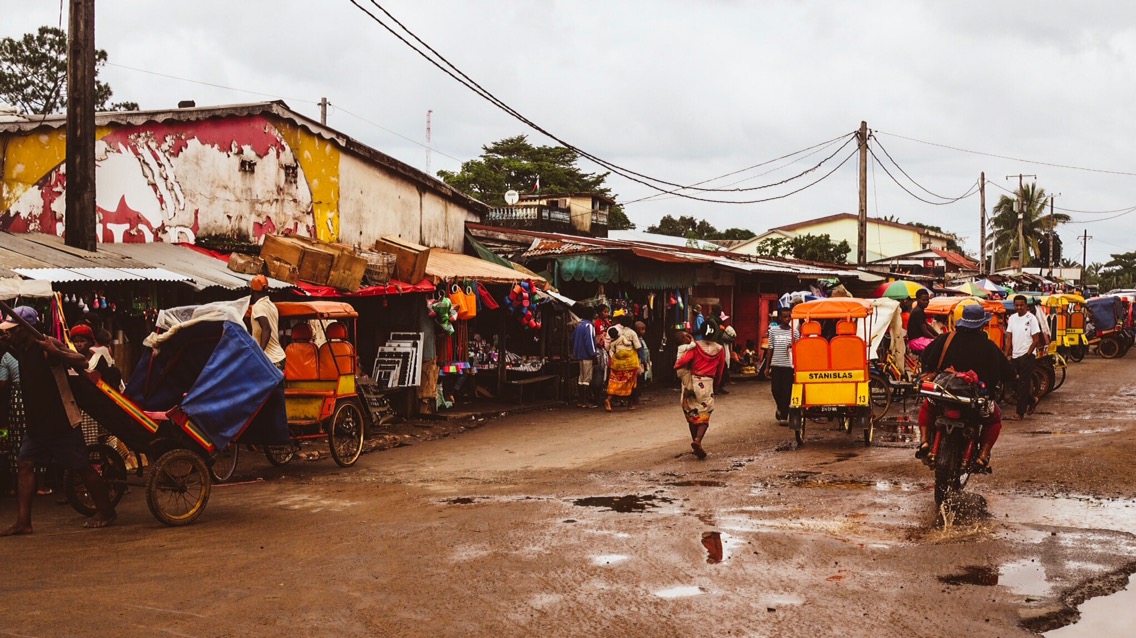 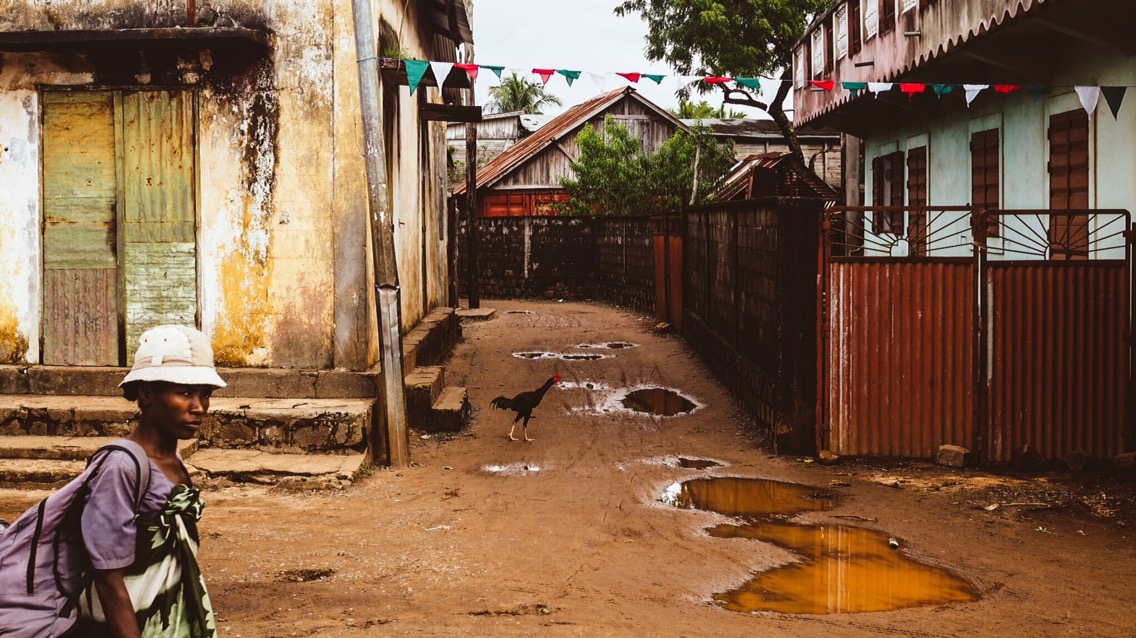