Some things that I have learned since I started cycling across the Pyrenees:

1) Bears live in these mountains! 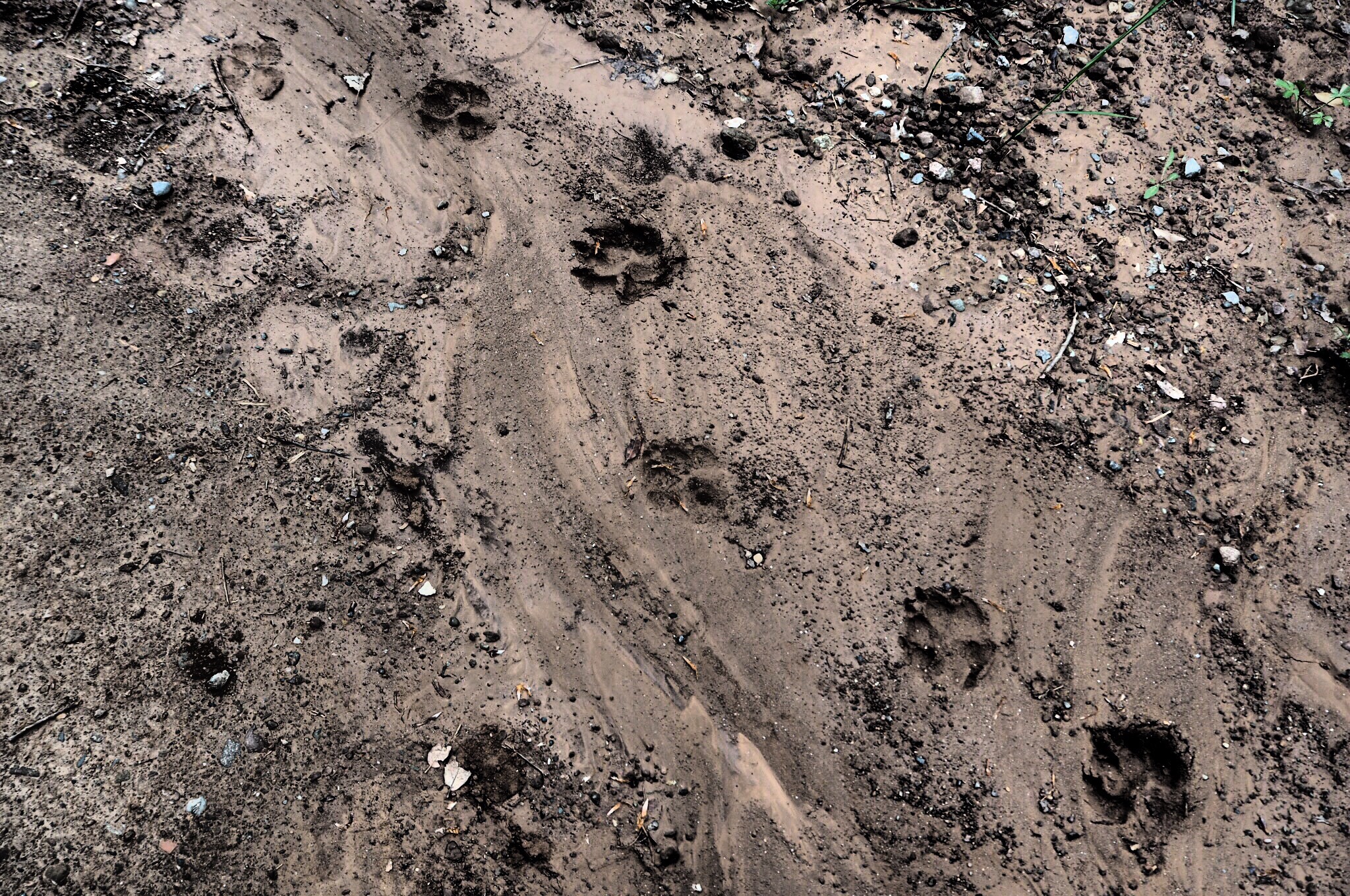 Slovenian bears in Spain – one can only imagine what el correo diario would make of that.

Ok, the footprints we found may have been a very big dog, but I can’t think what would have left the big bits of dismembered deer lying about (I’ll spare you the photos of that) 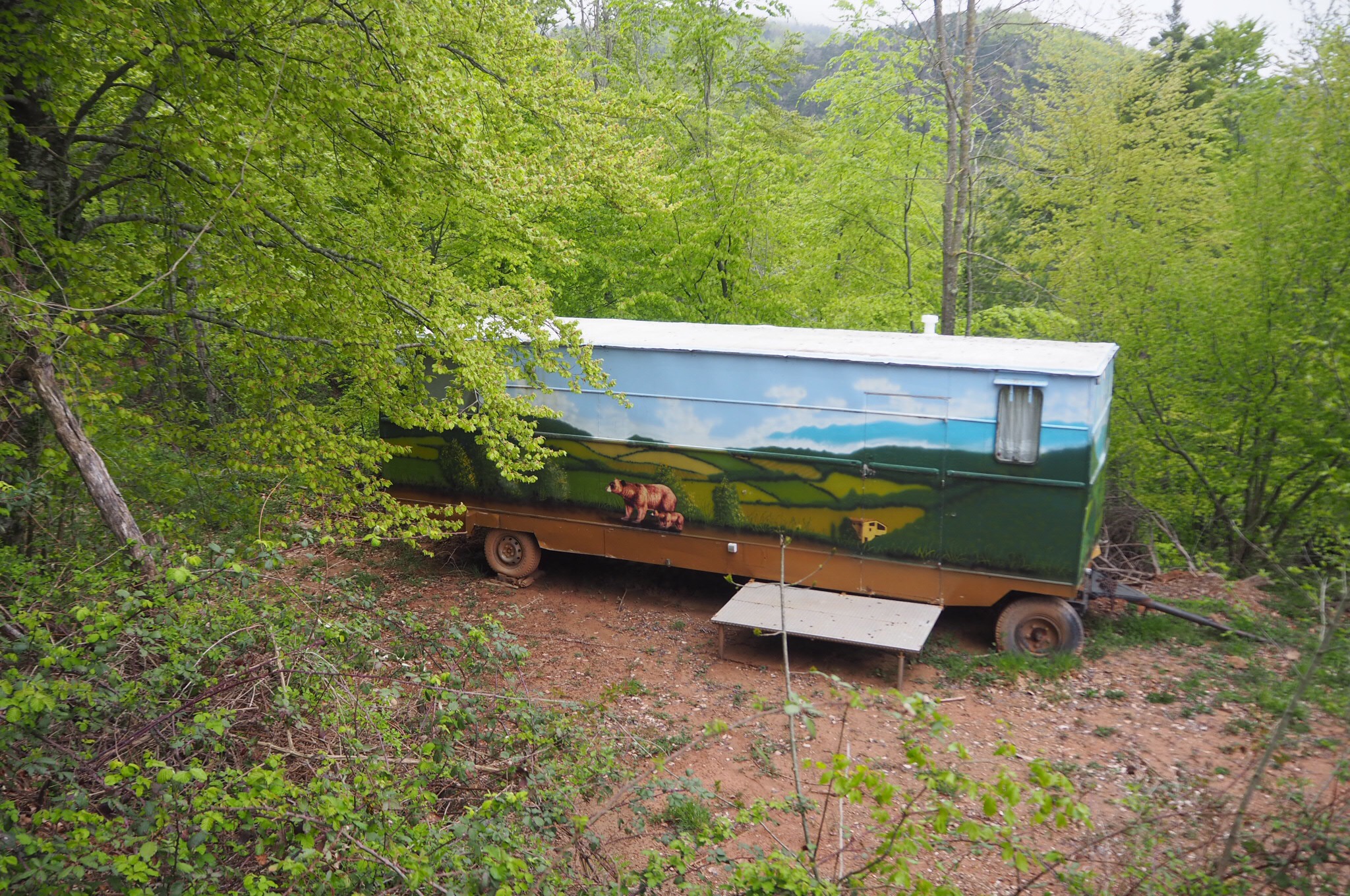 2) Screw thread gas cartridges are impossible to find in Spain 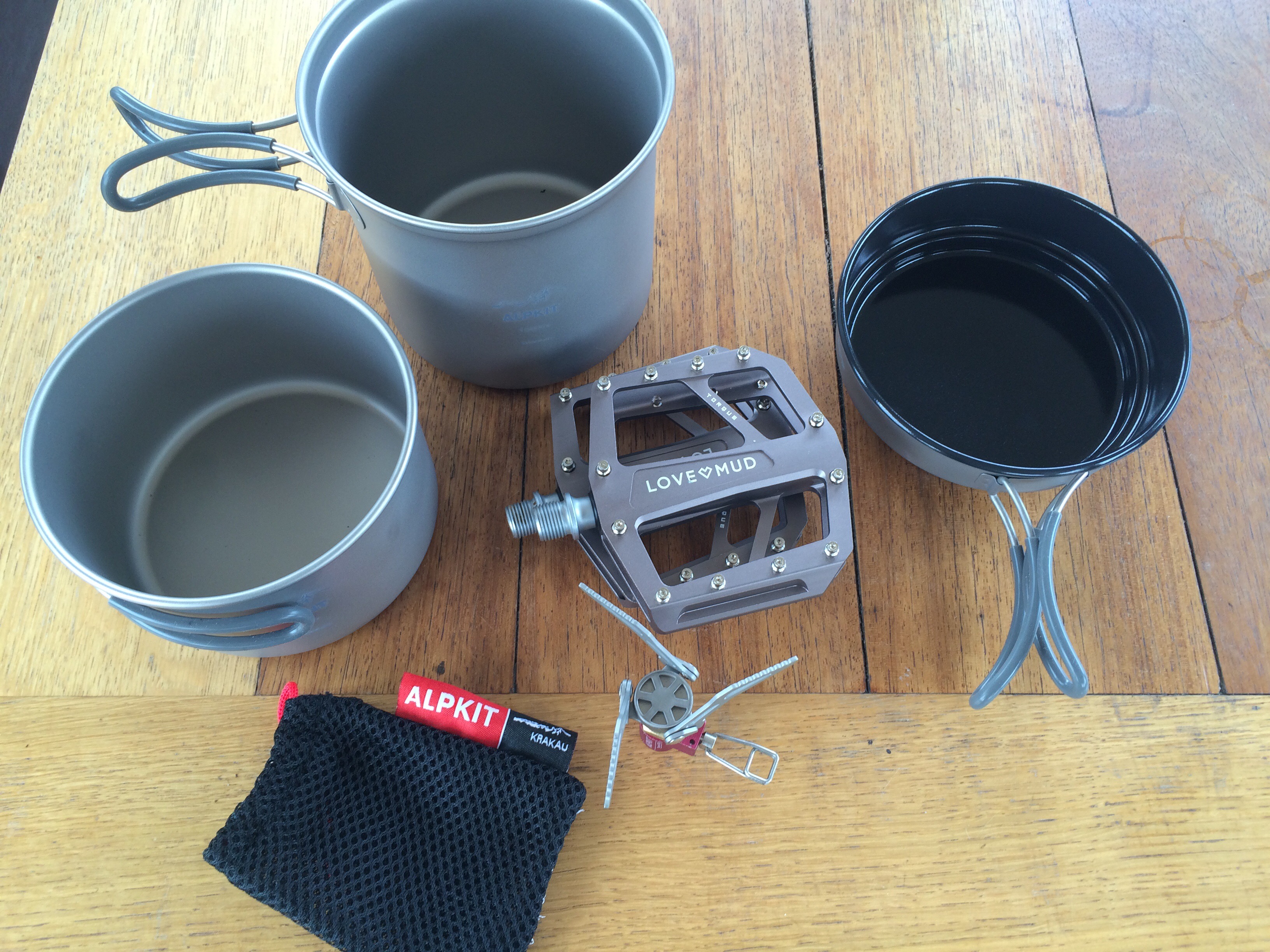 Screw thread? No. Here, they like to pierce their highly explosive cooking gas canisters.  Also, it turns out that I can function without coffee. 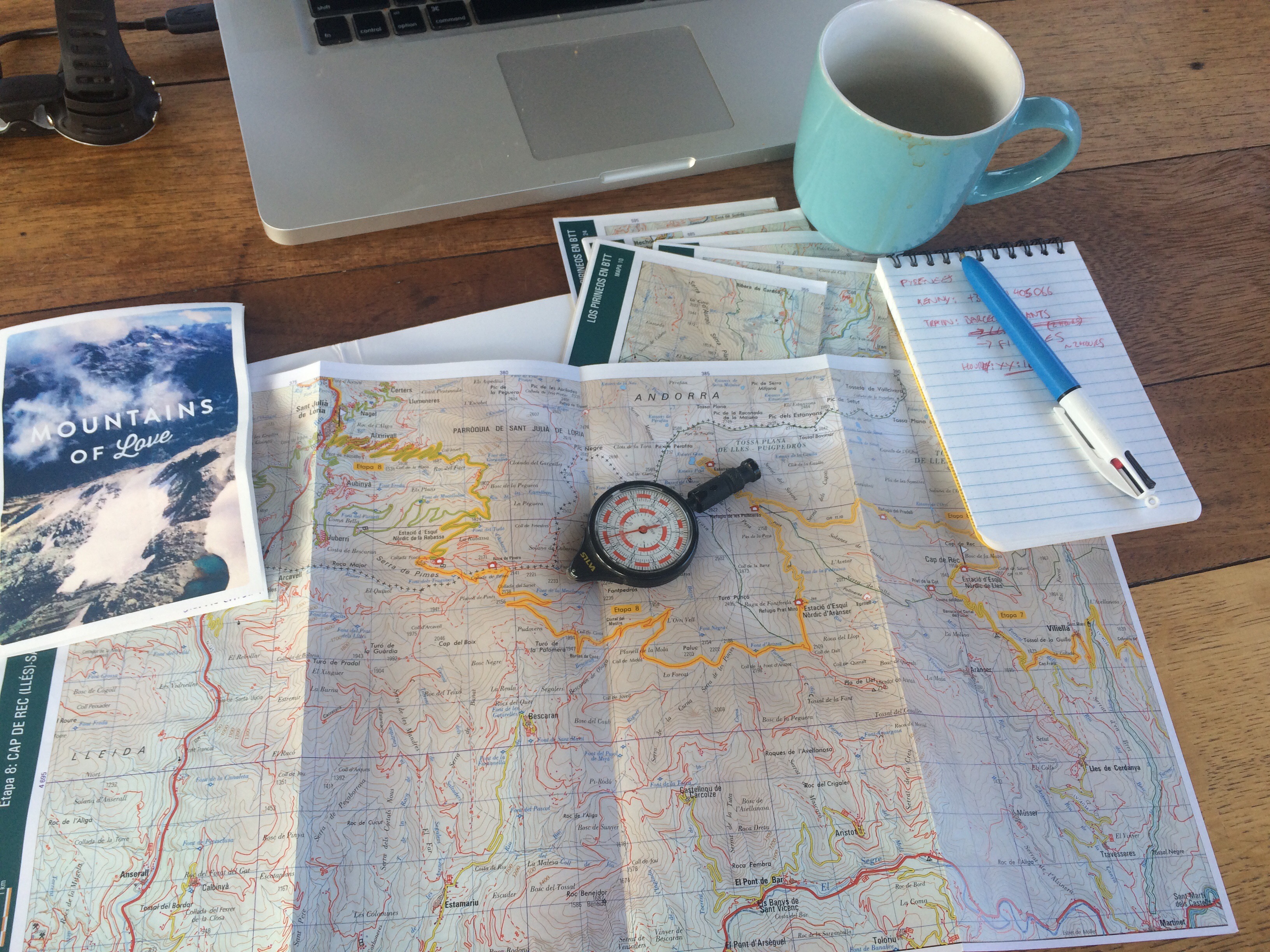 My long standing (and slightly belligerent) ‘paper maps vs. GPS’ attitude has taken a big swing.
Spanish 1:55k topo maps are not up to much.

Gaia GPS and Viewranger iPhone apps are really rather good. 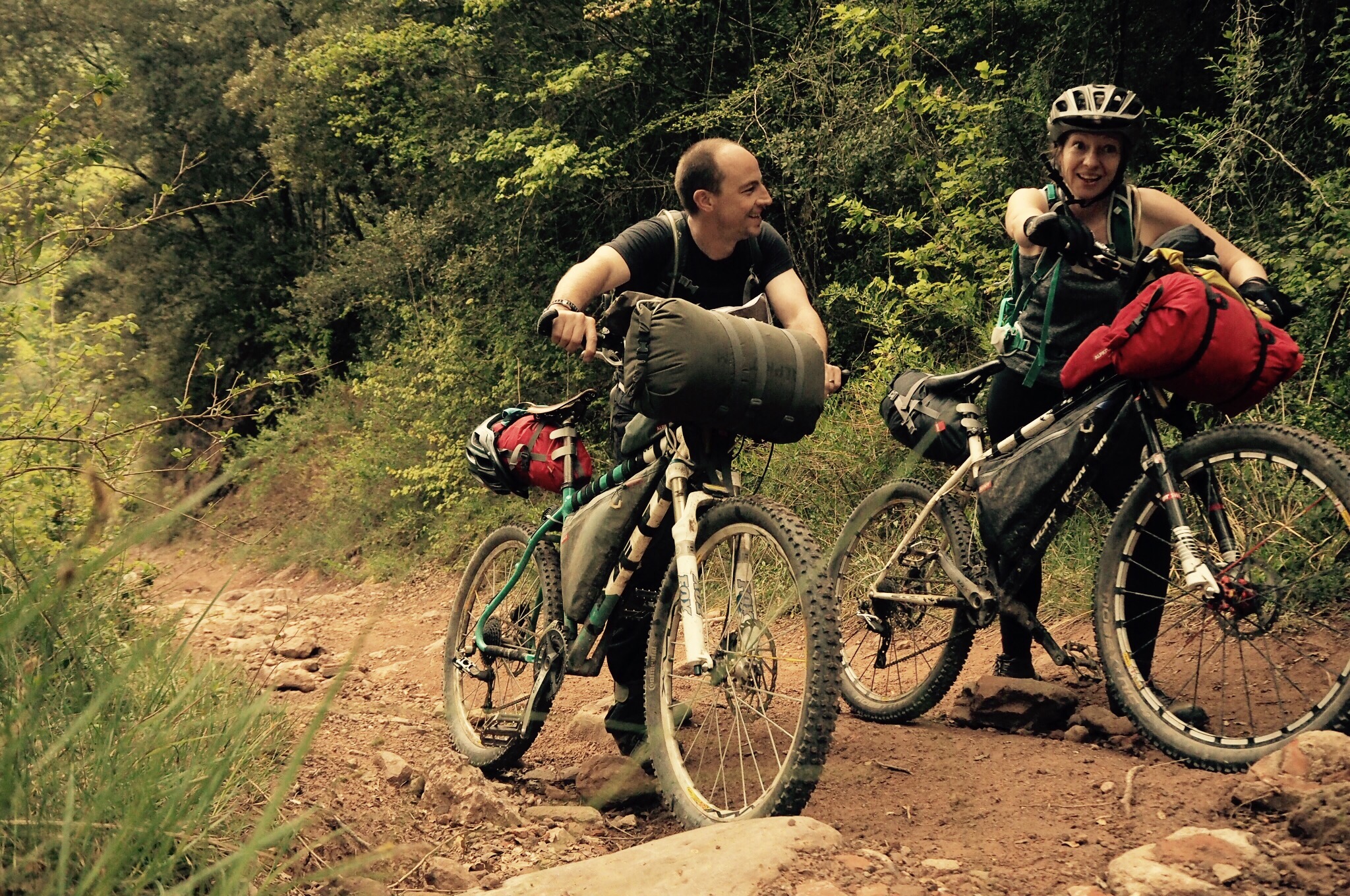 There is a reason that most bikepackers refer to their bicycle as their “rig” – My bike plus gear is really heavy. It takes two hands, one foot and most of my body-weight to pick it up off the floor (it doesn’t take much to overcook it and end up in a twisted heap of legs and metal).

Bunny-hopping with this kind of load is a tricky affair – it’s more of an extreme star-jump and often ends up like this: 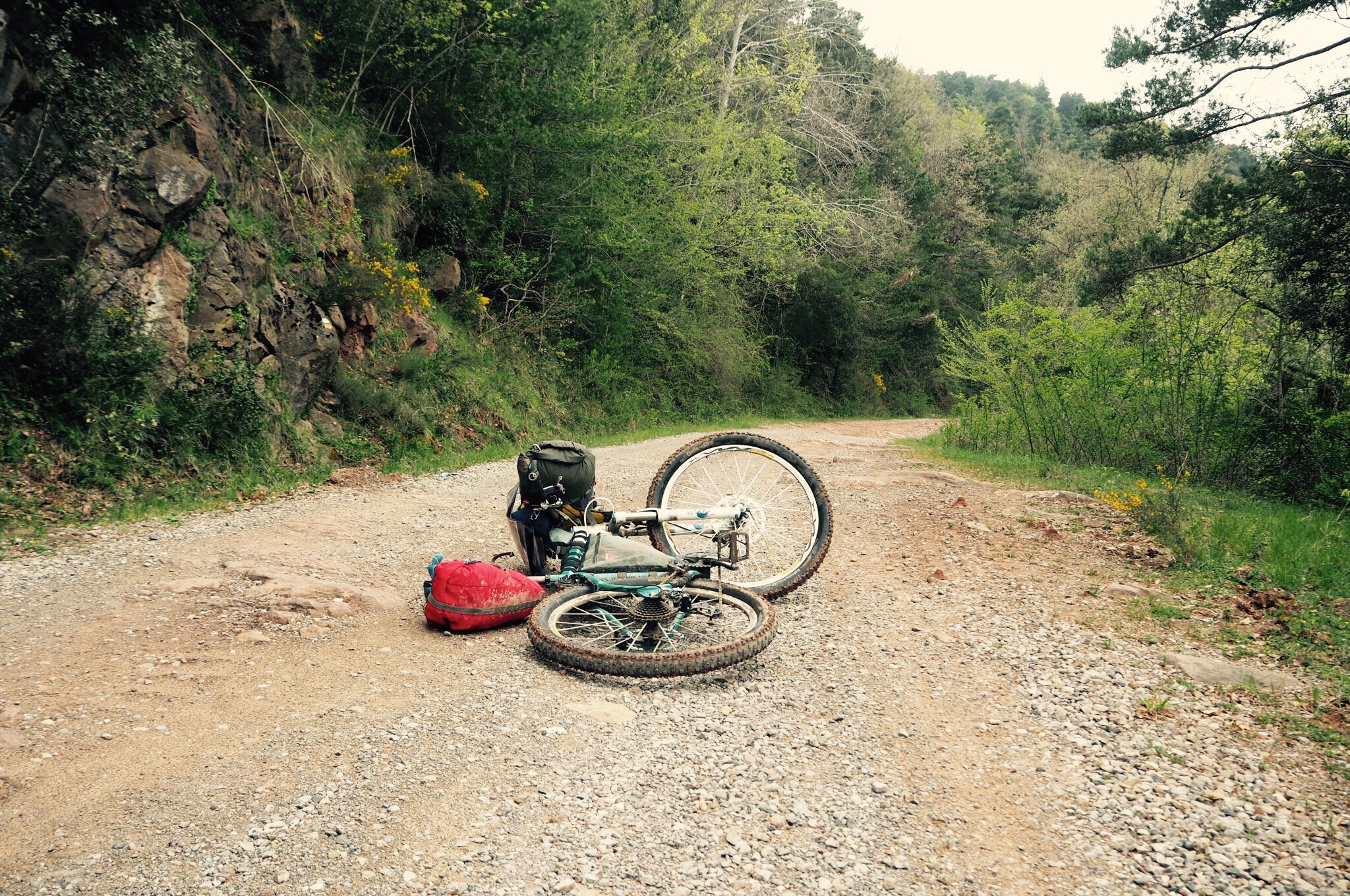 Also – having not wasted her youth on bikes like I did, I’m truly impressed by how Kate is taking everything the Pyrenees has thrown at us so far in her stride. She’s a proper mountain biker and can put the miles away. 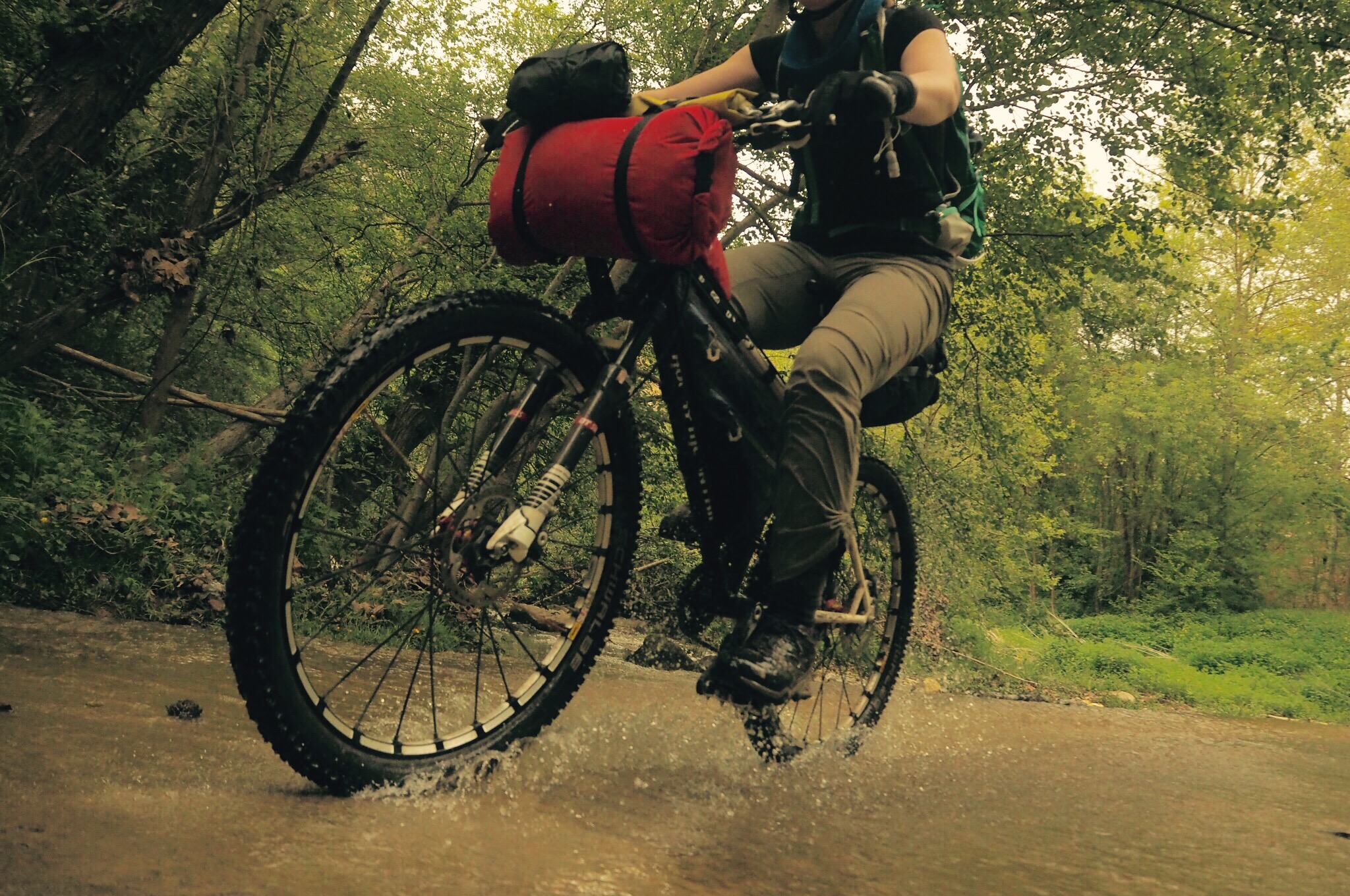 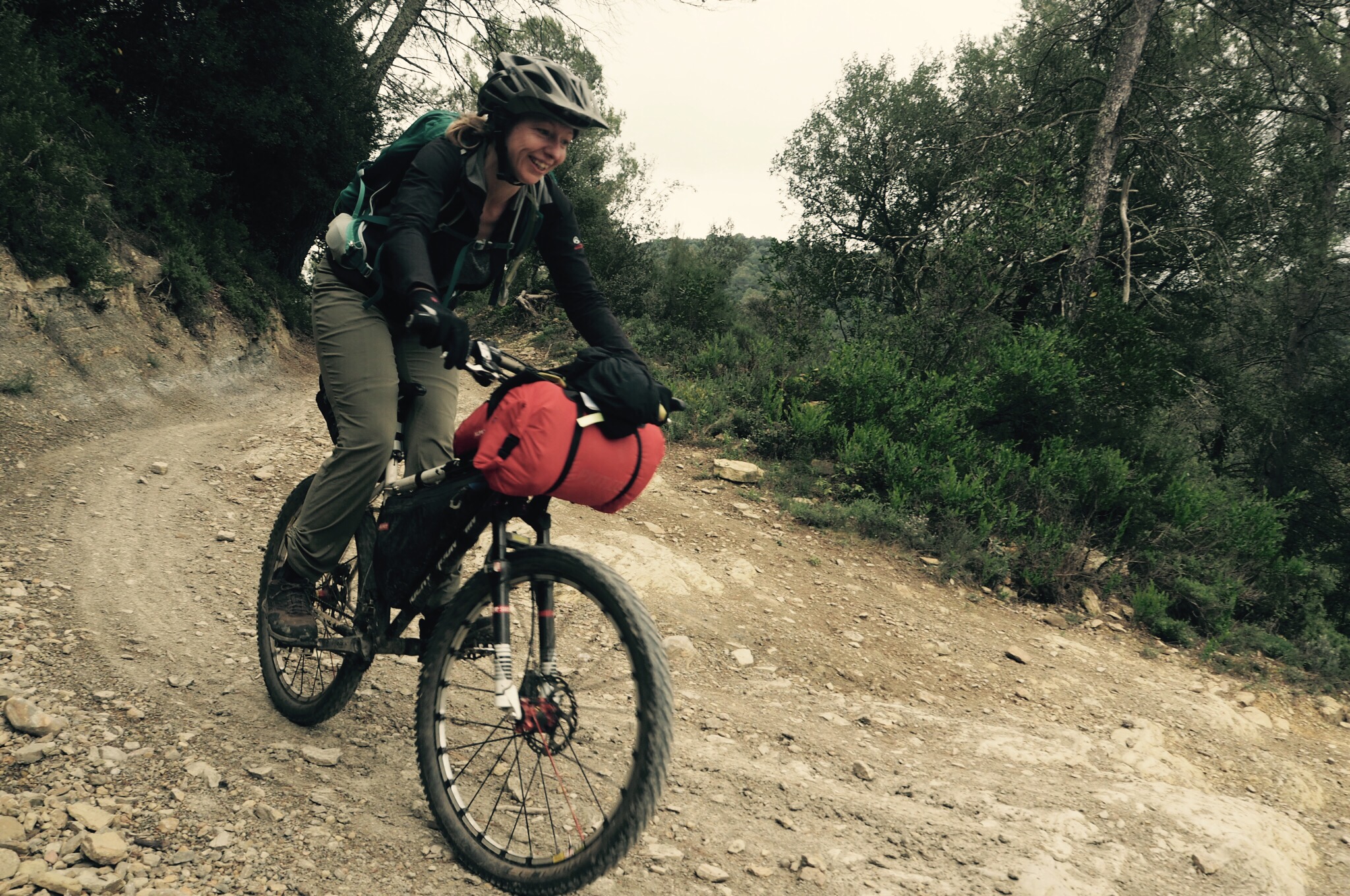 It’s pretty tough and we are still only in the foothills.. We will be passing the first ski lifts tomorrow and it’s snowing up there, so tougher climbs and conditions aren’t far away…